Nokia introduced the Nokia 7 Plus earlier this year and it was among the best mid-range smartphones. Nokia decided to get its flagship smartphone a little bit updated with the Nokia 8.1. 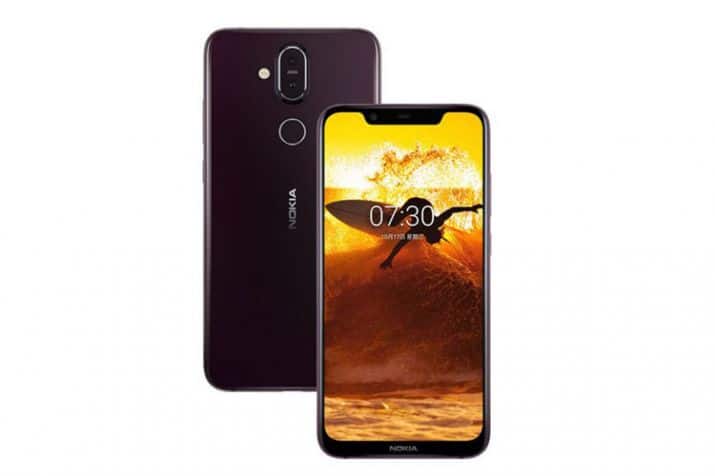 Don’t get it twisted, the Nokia  8.1 is not an upgraded version of the Nokia 8, because, most people may be misled by the suggestion of its name. Nokia 8.1 is simply a replacement of the Nokia 7 Plus which is already outgoing.

The Nokia 8.1 which was announced & will be released this December, still retains some of the traits that have made the Nokia 7 Plus outstanding. Come with me and let’s see what really makes this smartphone stand out from the rest.

The Nokia 8.1 features a sleek & premium design just like its predecessor. The body of this smartphone is made out of a single chunk of series 6000 aluminum. It also retains the finishing touch of its predecessor — the flair on the mainstream design and the chrome accent that runs along the sides of the frame.

The front notch has been reduced allowing the Nokia 8.1 to offer a jumbo 6.18-inch screen. This smartphone features a glass back which exudes a sense of durability. This smartphone has a body dimension of 154.8mm for height, 75.8mm width and 8mm for thickness.

The power button & volume rocker are positioned on the right-hand side. The Nokia 8.1 also comes with a 3.5mm jack positioned on the top, while at the bottom is a single speaker. The screen has a resolution of 2280 x 1080, it also offers a vibrant color. This smartphone also comes in six color options the Blue, Silver, Steel, Copper, Iron, and Steel.

Taking pictures with Nokia 8.1 could be really interesting as the cameras do not disappoint you. On the back of this smartphone, you will find a 12MP optically-stabilized camera which ships along with a 1.4um sensor size, coupled with another 12MP depth sensor. The camera also features a live Bokeh mode, slow-mo and time-lapse, along with 4K videos features.

Coming to the front side of the Nokia 8.1, there is a high-resolution 20MP selfie camera. The cameras app offer varieties of options & customization settings. Notwithstanding, most people may not be able to adopt immediately with the camera app features, but it’s going to be fun for the advanced users.

The camera also comes in with other features which include self-timer, beauty-mode, toggling flash in addition to Google-Lens support.

The Nokia 8.1 is the second phone in India to arrive with the Snapdragon 710 SoC. There are to expect from this processor as it breezes in with a lot of upsides like the power-efficient 10nm fabrication process. It also arrives with custom-built Kryo 360 architecture which includes two quad-core clusters clocking 2.2GHz & 1.7GHz.

The Adreno 616 GPU is in charge of the graphics. The Nokia 8.1 also comes with a 4GB RAM that renders assistance to the SoC for smooth multitasking. Nokia 8.1 runs on Android 9 Pie along with Android One certification. This smartphone also has an internal memory of 64GB that can still be expanded up to 400GB by a microSD card.

The Nokia 8.1 is powered by 3500mAh battery which seems to be a bit lower than the jumbo size 3800mAh battery in the Nokia 7 Plus.

Despite the battery size of the Nokia 8.1, the powerful processor makes this device power-efficient. This smartphone also features 18W fast charging technology, which can offer you a 100% battery in two hours, thirty minutes. With 4G usage, you will get 4 to 5 hours of screen-on time.

The Nokia 8.1 is valued at about 450 USD which is equivalent to about 163,500 Naira. You can purchase Nokia 8.1 from some online stores. If you stay in Nigeria, you can buy this smartphone from Jumia or Konga, while other countries can try online stores in their regions. You can also purchase this device from any Nokia distributor in around your area.