Here comes the much-anticipated device from OnePlus, and it is called OnePlus 2. The OnePlus 2 arrive with lots of interesting features like the fingerprint sensor that is under the home screen button, a large display and a host of other features. 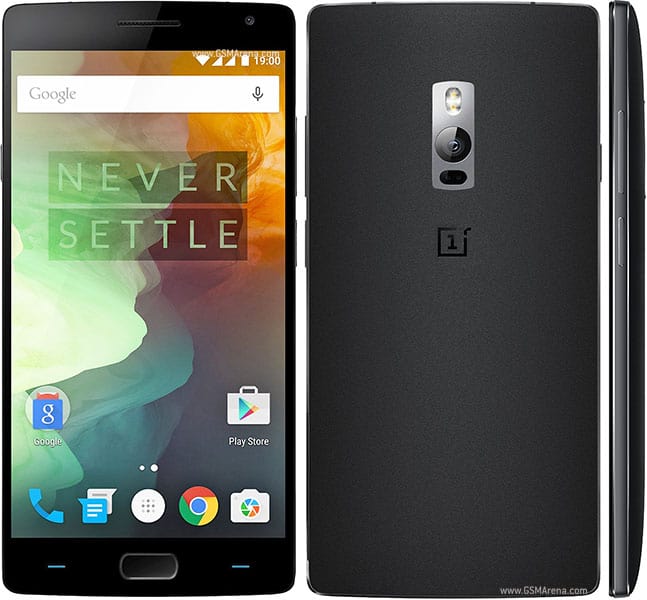 The OnePlus 2 was released on July 2015, and without wasting much of your time I will be taking you round this device so you also have to see the selling points of this amazing smartphone.

Looking at the OnePlus 2, you don’t seem to find anything special at first until you observe carefully.

This device has a body dimension of 151.8mm height, width 74.9mm and 9.9 mm thickness. At the back of this device, you will see a camera, dual LED flash, loudspeaker, and the OnePlus’s logo.

Also, on the front of this device, you will find a 5.5 inches screen that has a resolution of 1080 x 1920 pixels, you will also see the earpiece, the camera, the home-screen button and under the button is the fingerprint sensor.

Finally, on the right-hand side of this device, we have the power button and the volume rockers.

The OnePlus 2 comes in with two cameras, the selfie, and the primary camera. The primary camera is 13 MP and it delivers better than many cameras that fall within the same range.

The OnePlus 2’s rear camera is also aided by many features just like the ones we see in all the £500-plus smartphones. The camera features the laser-assisted focusing, optical image stabilization, and a dual LED flash.

Meanwhile, the selfie camera is 5 MP, with an aperture of f/2.4. The camera can also record videos of [email protected]

The OnePlus 2 runs the Android 5.1.1, with OnePlus’s Oxygen UI on top. The still maintain the look and feel of standard Android, nevertheless, there are lots of features that it brings in.

The Oxygen does a great job, it keeps things familiar on the surface while hiding lots of geeky gems under the surface for anyone who’ll appreciate them.

OnePlus 2 arrives in two editions, the 16 GB accompanied by a 3 GB RAM and the 64 GB Edition that comes with a 4 GB RAM.

OnPlus 2 arrives with a whopping 3300 mAh Non-removable Li-Po battery, that is capable of offering you 11.5 hours of 720p video playback. Meanwhile, you get a full day with a moderate-intensive use.

The OnPlus 2 will be sold for $329 which is equivalent or approximately 119,700 Naira. You can buy this smartphone from most online stores or any authorized Innjoo distributors around your region.

OnePlus has managed to conquer with this smartphone which has lots of upgraded and added features than its predecessors, while still retaining its core appeal.