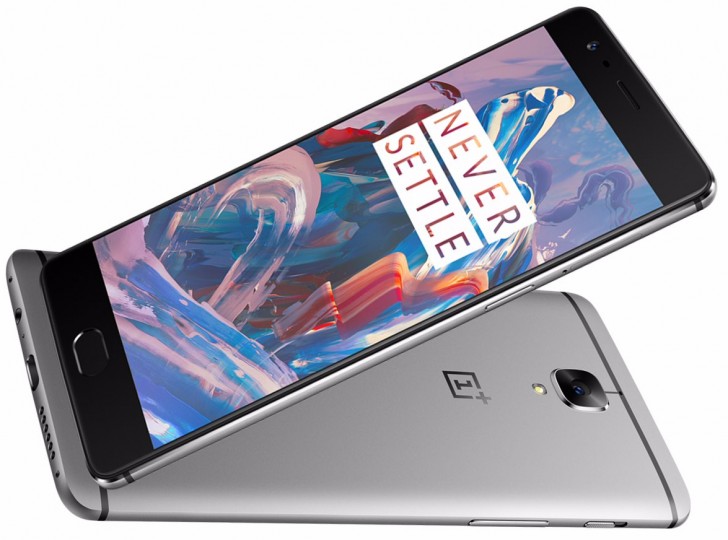 OnePlus don’t seem to settle down anytime soon with the release of their latest smartphone, OnePlus 3 which comes along with a host of flagship specs for almost half the price’ when compared with other phones of the same category.

Without wasting much of your time, let’s find all the selling points that the newly announced (15 November 2016) smartphone arrives with.

The OnePlus 3 features a metal and glass design and is available in “Graphite”. Unlike its predecessors, the OnePlus 3 comes in with the NFC technology. This smartphone comes with a fingerprint scanner that is positioned inside the home screen button, which is very fast. Still, at the front, you will see the screen, the earpiece, and the selfie camera.

On the back of this smartphone, we have the primary camera, a LED flash, and the OnePlus logo. Now, coming over to the right-hand side, you will see the power button and the volume rockers. Meanwhile, under the OnePlus 3, there is the loudspeaker, 3.5mm jack (Audio port) and charging port.

Both the primary and secondary cameras are great, making the OnePlus camera setup the best till date. There is almost no shutter lag when taking normal photos in daylight. There is a very small delay when switching to HDR, but it’s absolutely nothing to worry about.

OnePlus 3’s camera supports an additional modes app, where you can find other sub-menu, leaving the most essentials at the top-right corner of the screen. These include the Flash toggle, the HDR controls, and the HD toggle.

OnePlus 3 runs on a Snapdragon 820 CPU and there are two performance cores and two lower-clocked ones. The both of them uses the Kyro core 14nm architecture.

This device scored 5,393 in Geekbench 3, which is a nice improvement over the 4,460 by the OnePlus 2. This device has a remarkable ability to handle heat even under load.

OnePlus 3 has a very fast dual-channel RAM, which makes it possible for you to access RAM data quicker. This device also ships in with a 6GB RAM and an internal storage of 64GB that can’t be expanded.

The OnePlus 3 features a 3,000mAh battery, which is lower than the 3,200mAh battery in its predecessor. The battery was able to last for 17hrs 25mins playing a 720p MP4 movie on loop.

The OnePlus uses the Dash charger (5V, 4A fast charger) which is capable of supplying the phone with a 95% Extra power in less than an hour.

The OnePlus 3 will be sold for $339 which is equivalent or approximately 145,200 Naira. You can buy this smartphone from most online stores or any authorized OnePlus distributors around your region.

The OnePlus 3 features lots of amazing specs. It comes along with sharp cameras, nice display, premium design, supports fast charging technology and a host of other amazing specs. To make things even better, this device still comes in with at an affordable price. This is just the perfect smartphone for anyone who wants more out of a phone.