Hello, everyone, it’s now finally available, after so many rumors and much anticipation, OnePlus 6 has been officially unveiled. 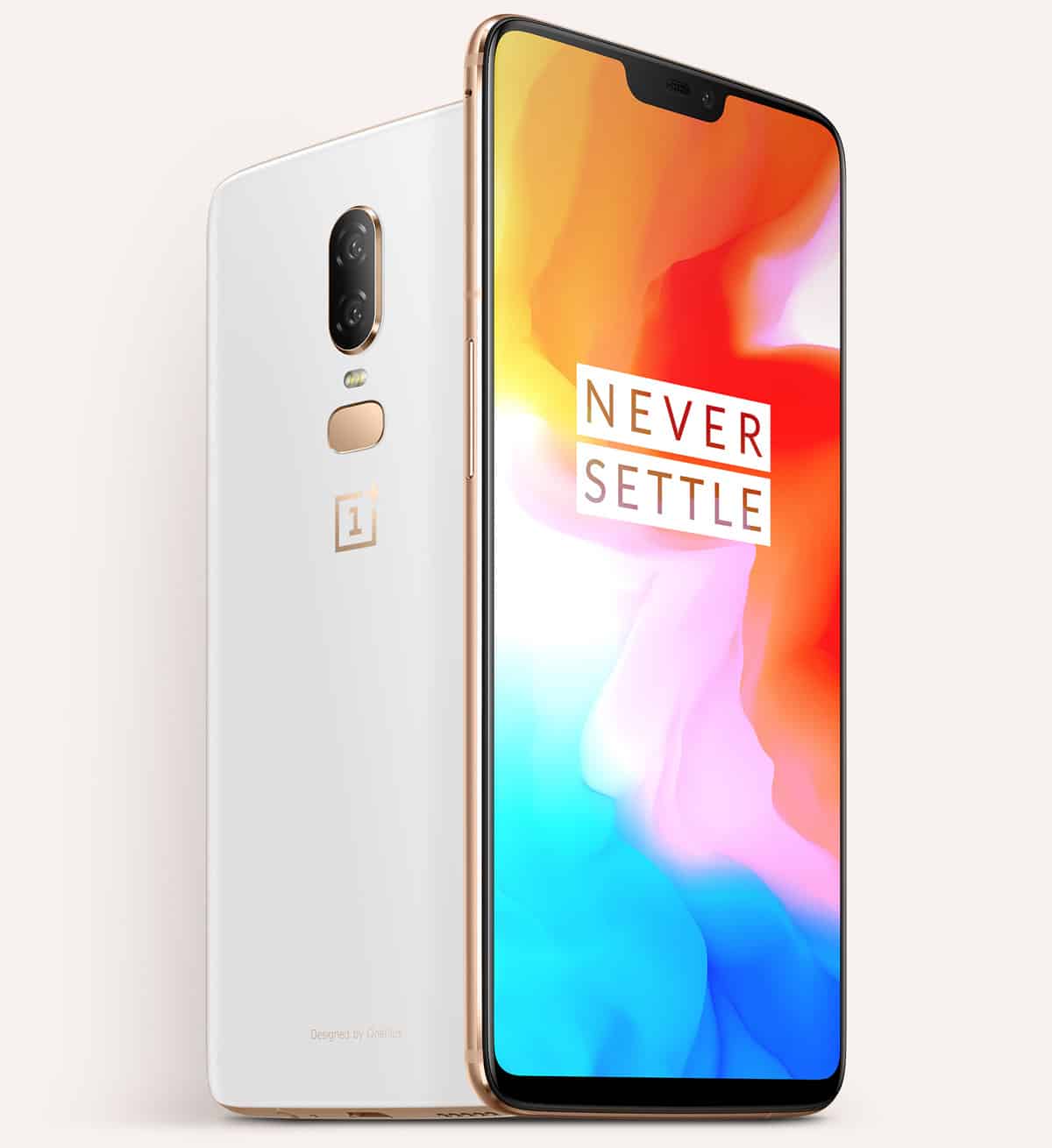 For those who are not familiar with this brand, the OnePlus 6 is produced by a Chinese company that has come to limelight for producing and selling smartphones with high-end specs like an impressive design, great build quality, nice Android software and other nice specifications that is sometimes better than the Samsung Galaxy S9. The amazing thing about this company is that their products all come at an affordable price.

The OnePlus 6, which is the latest release from the OnePlus company, is more about refurbishment rather than throwing new features to the mix. This simply means the OnePlus 6 is a move towards a more modern design trend, some crazy high storage, and RAM, including the infamous notch and lots more which we will be reviewed below.

OnePlus recent smartphone, OnePlus 6 has a screen size of 6.28 inches and is covered with a Gorilla Glass 5 in the front and back. This device comes in many colors like the ‘mirror black’ which has the reflective look, ‘silk white’ which comes with a more pearlized finish to it, and ‘midnight black’ which has a matte finish.

If you go for the OnePlus 6 lower storage, you’ll have to settle for the (reflective) mirror black, while if you purchase the maximum storage you will have to settle only for (matte) midnight black.

When it comes to the hardware design, quite a couple of things have modified. Like the textured three-way alert slider on the OnePlus 6 has been relocated to the right side. But it still has three positions which allow you to effortlessly switch the handset into the ring, vibrate or silent mode; when the slider is moved, a small screen bubble comes up and shows you which mode the handset is currently in.

OnePlus 6 has a water-resistant layer that is found between the screen and battery cover, there is also a waterproof material in the fingerprint scanner and headphone jack, and the silicon loops that help in sealing the buttons. OnePlus said that the above measure was taken in order to help the device survive a ‘spilled glass of water’ or a ‘drop in the sink’.

The OnePlus 6 comes with its Bullets Wireless, an excellent pair of wireless in-ear headphones. Meanwhile, there is a 3.5mm headset jack which is located at the bottom of the chassis and seated next to the USB-C charging port and one speaker grille.

OnePlus technically squeezed a longer screen into a bit shorter chassis in the OnePlus 6 by simply reducing the bezel at the bottom and extending the screen into the roof space, also using the left and right area of the front camera to add up its height, which resulted to a 19:9 aspect ratio.

The OnePlus comes with a number of automatic screen calibrations like the night mode that is suitable for easier-on-the-eye reading and this is coupled with the wide punchy AMOLED screen of 402ppi pixel density. The OnePlus 6 screen is 1,080 by 2,280 pixels.

The OnePlus 6 comes with a dual camera at the rear and comprises of a 16MP and 20MP sensors and both have f/1.7 lenses. This time the images are sure to get clearer with the addition of an optical image stabilization (OIS) to the existing EIS. 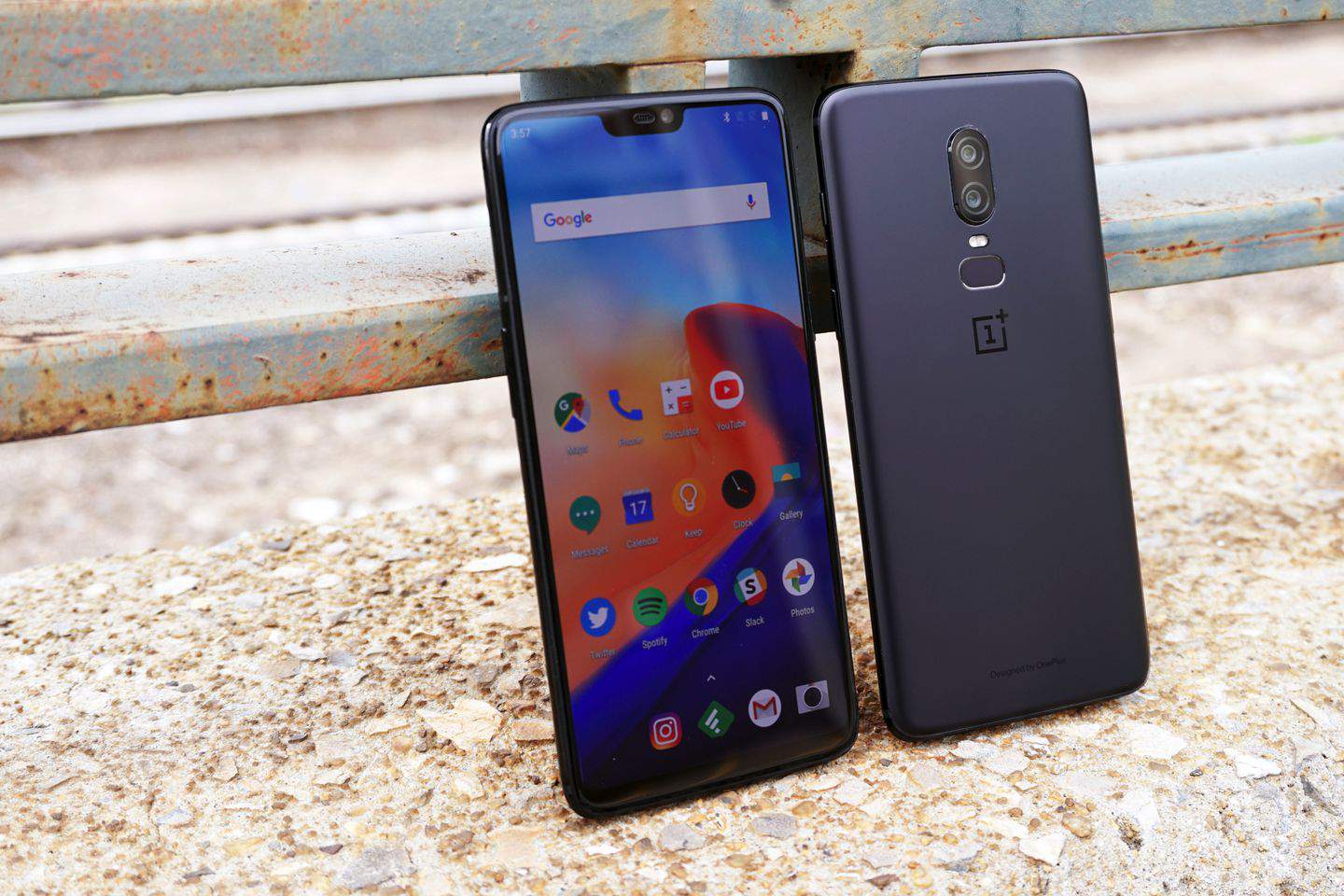 The second camera is dedicated for good effect for bokeh (blurred background) images, to use it all you have to do is tape on the portrait option on the main camera screen, then you can then switch into using it.

The camera also has a slow-motion video capability that is 720p at 480fps or 1080p at 240fps. Meanwhile, for selfie lovers, there is a whopping 16MP for front camera shoots 1080p video at 30fps, just like its predecessor, the 5T.

The Performance of the OnePlus 6 is superb. The device houses an octa-core Snapdragon 845 processor that is assisted by an 8GB worth of RAM, and that is why it didn’t come as a surprise that the average of three Geekbench 4 scores resulted to 9,043 for the multi-core CPU test. During our text, the screen responses to taps and sweeps felt instantaneous, and the fingerprint and face login was both accurate and fast.

The OnePlus 6 fingerprint scanner located at the back of the phone is a small lozenge that seems to be a little undersized but perfectly responds. It’s positioned under the camera lenses, which is perfectly positioned for the index finger during use.

The OnePlus 6 is two SIMs enabled, but it doesn’t allow you to use the second SIM slot for MicroSD storage. This shouldn’t be a challenge except you went for the OnePlus 6 with the lowest storage capacity, which is the 64GB.

The OnePlus 6 operates on the Google’s latest Android 8.1 Oreo, coupled with few features from the OnePlus’s Oxygen OS. The features are neatly overlayed, and its offers can be easily ignored if you don’t require it.

Good news for Gamers, with the new Gaming mode, you are sure to have a whole new experience, because it’s designed to optimize speed and reduce latency. You can even possibly tweak the settings in this mode, just like the Reading mode you can have it automatically started when specific apps are launched.

The OnePlus 6 comes with a 3,300mAh battery, though it is not perfect but has a lot to cope with like the 6.28-inch 19:9 aspect ratio screen and the Snapdragon 845 chipset. Though the battery is not the best, when we were testing this device we found that it could actually get us through a day’s usage.

For the OnePlus 6 base, which includes 6GB RAM and 64GB storage in Mirror Black, will cost $529.

The 8GB of RAM and 128GB of storage will cost you $579 and will be available in Midnight Black, Mirror Black, and a limited Silk White.

The highest of them which is 8GB RAM and 256GB storage will cost you $629, but unfortunately, it comes only in Mirror Black.

The OnePlus 6 is a very nice device considering the fact that it comes with the current Android version on board. Nevertheless, there are still little flaws they have to fix, like the lack of external MicroSD storage and the lack of an IP rating.

But when you consider the price that you get this device, then you will realize that the OnePlus 6 is a bargain. I’m not actually compelling you to buy this device, all you have to do is to weigh the pros and cons. But, in my own opinion, OnePlus 6 is the smartphone of the moment.