Today we will be taking you round one of the newest and much-anticipated smartphones, which is the most recent release of one of China’s fast-growing manufacturers, OnePlus. 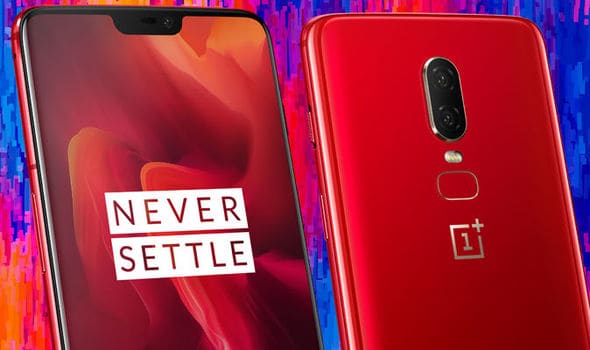 On October 2018, OnePlus announced their most recent smartphone call the OnePlus 6T, which seems to be the successor of last year’s OnePlus 6. The  OnePlus 6T is far different from its predecessors, and it comes with a whole lot of new experiences and changes like, a smaller notch, in-display fingerprint reader, a new and bigger AMOLED panel, longer lasting battery life and though the move to remove the headphone jack seems not so great for me, yet there are a whole lot of other exciting features that we will be unveiling in the course of our review.

the OnePlus 6T has similar looks to the Oppo R17 and R17 Pro. There is a presence of the familiar metal frame, glass design, which has become the prevent look of the day. This device is a bit heavier, 2mm taller and 5% thicker than its predecessor. The glass at the front of the OnePlus 6T has been upgraded to Gorilla Glass 6.

The OnePlus 6T comes in two different color varieties, which is the reflective Mirror Black and a mat Midnight Black, though the company promised to release more colors in the nearest future. Though the back of the OnePlus 6T is made of glass, it does not still feature any wireless charging.

The OnePlus 6T omitted many features like the 3.5mm audio jack, wireless charging and IP rating. Most people think that even the fingerprint was omitted, no it wasn’t, it’s now translated from the rear to an under-display fingerprint (On-Screen fingerprint sensor). But in case you don’t feel like using the fingerprint to unlock your device, then you can always subscribe to the Face Unlock.

The OnePlus 6T houses a 6.41 inches Optic AMOLED capacitive touchscreen and a 1080 x 2340 pixels. The smartphone now features a very small notch which manages to house the 16MP selfie camera and other traditional sensors. The earpiece is also located around that region.

There is still a presence of the three-stage mode selector toggle key that is positioned high on the right-hand side of this device and it is accompanied with a lot of customizability on its software. Under the mode switch is seated a power button that is wide and nicely defined enough to be comfortably pressed. While coming to the opposite side is a volume rocker. 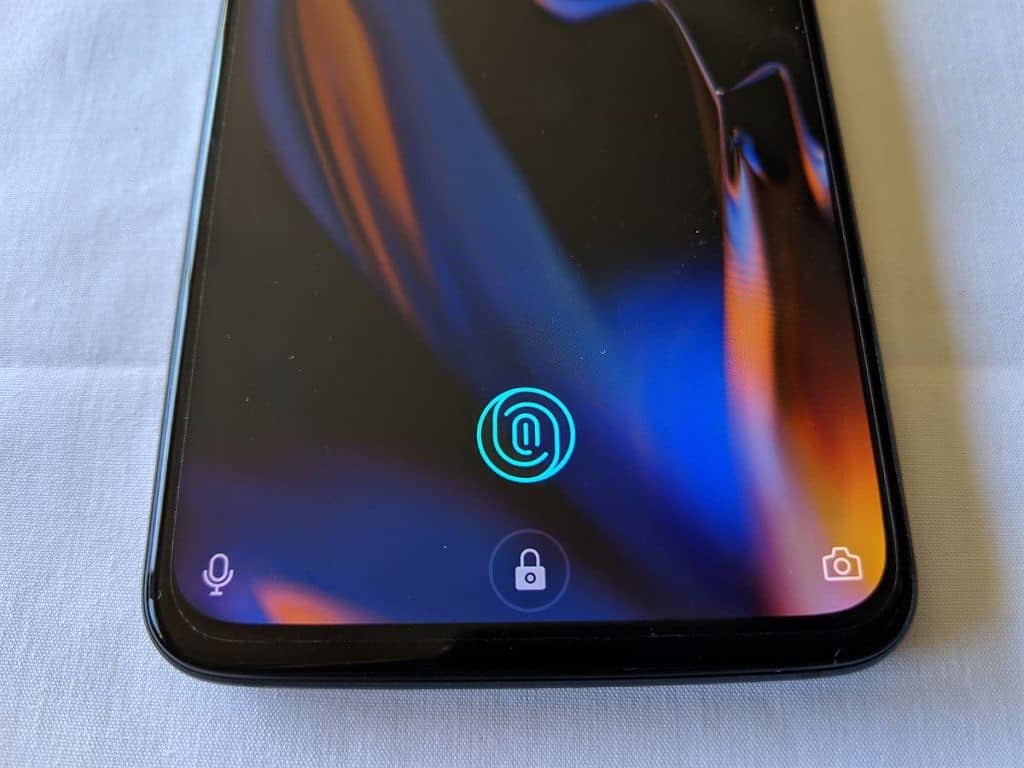 The Oneplus 6T top is pretty empty, housing only a small hole of a secondary microphone. The bottom contains more stuff, but the omission of the 3.5mm audio jack is quite obvious, there is also the presence of a double grill, one for that houses a speaker and the other for the main microphone. There is also the presence of a USB Type-C port that can be substituted for the OTG.

The OnePlus 6T features an excellent camera with an addition of the new Nightscape long exposure mode.

The dual rear camera features a f/1.7 aperture, the 16MP sensor comes with a wide-angle lens, as well as a secondary 20MP lens and sensor combination. 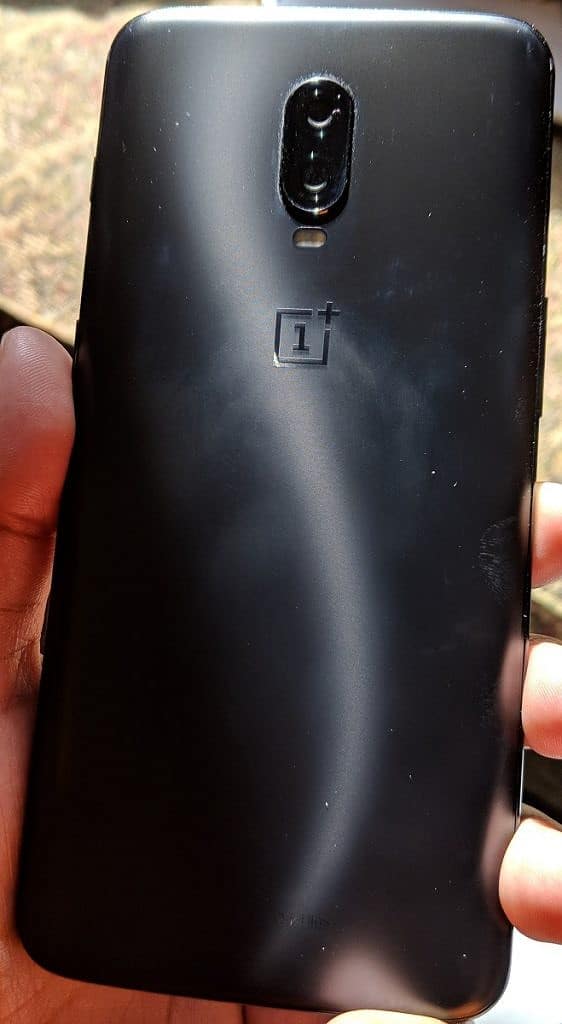 The cameras of the OnePlus 6T comes with great features like automatic, portrait, manual and panorama. While coming to the video, there is a slow motion, coupled with a timelapse mode complement a simple enough automatic mode.

OnePlus offers a quick access to most useful tools such as the Google Lens, self-timer, flash and aspect ratio control, straight from your viewfinder, and all this is within the shooting UI.

Let’s not pretend that it’s all good with the camera of the OnePlus 6T, the image quality is not so great whenever you zoom in, usually in low light condition. Apart from this camera flaw, we were quite impressed with everything about the camera.

The 4k video performance is nice, with the addition of the onboard stabilization perfectly working and giving you a responsive focus that has strong macro details. The 4K Video is actually capped at 10 minutes, you will also begin to experience break down when you eventually engage the 2x zoom, but if you are able to stay wide, even in a middling light you will see amazing results.

In the pure-CPU test that we ran, we noticed that the plus 4×1.7 GHz Kryo 385 Silver, 4×2.8 GHz Kryo 385 Gold cores that are inside the Snapdragon 845 actually perform as we expected. During the stress tests, there were no issues with the thermal management. The OnePlus 6T remains lukewarm to the touch under load.

OnePlus 6T has the Oxygen OS ROM running on it and it is the latest iteration. The ROM so far has been able to maintain a near-stock appearance, with minor clutter, and still adding a few usable extras and quality of life additions. There is yet another important part of the OxygenOS formula which is a tight update schedule.

OnePlus has not seized to be delivering very well in this area, and that is why the OnePlus 6T decided to run on the Android 9 Pie out of the box. Though older OnePlus smartphones already have a taste of what the latest Google core looks like, so there are actually few real software novelties to speak of on the OnePlus 6T. But if there is anything that is exclusively found on it, it will be certain that it’s making its way to the other part of the manufacturer’s (Company) line up in a while.

OnePlus 6T  now rocks a 3,700mAh pack, which I think is great considering its bigger display and bigger body. Though you don’t have anything like the ultra-fast charge featured on the OnePlus 6T, the old 20W DASH technology is still an efficient and speedy method of powering this device.

With the wall charger that comes with the OnePlus 6T, you can power this device from 0% to 55% just in 30 minutes, and you are sure to have a full charge battery in just over an hour. This device scored a total of 90-hour total endurance rating during our battery test.

This year’s OnePlus 6T is currently sold for about 580 EUR.

If you are in search of a smartphone that has great performance with almost no lag, that also comes with an amazing battery life, and a well-performing Android Pie software, then the OnePlus 6T should be on your checklist. With the OnePlus 6T, you will get an amazing fast wired charging that is sure not to burn your hands even when you are still using the device, you also get a nearly bezel-less, wonderful OLED display, coupled with the trending in-display fingerprint scanner.