Oneplus mobile has so many smartphones under the hood. They have been impressive in recent times with their amazing smartphones which have all it takes to make their respective customers happy. We would be reviewing the Oneplus One in this article.

It is a pleasure we make it known to you all that we are in a dispensation where almost everybody wants to make use of smartphones for their day to day activities. Have it in mind that there are other smartphone manufacturers such as iPhone, Samsung Xiaomi etc. 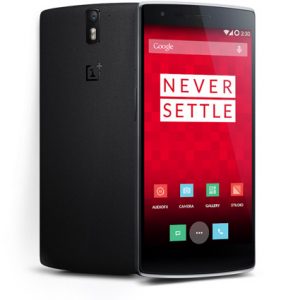 Each of these smartphone making company is really doing all they need al they can to make sure they remain at the top. On the other hand, OnePlus really wants to beat these smartphone manufactures. But until then, nothing has changed.

The smartphone in question OnePlus One comes with a whole lot of interesting features and specification. This smartphone has all you really need in a smartphone. The smartphone was said to be launched in June 2014.

Talking about the design of this amazing smartphone, have it at the back of your mind that it comes with attractive designs. furthermore also known it that OnePlus One smartphone comes with a 5.50-inch touchscreen display.

Also, have it in mind that it also packs a screen resolution of 1080 pixels by 1920 pixels at a PPI of 401 pixels per inch. OnePlus One price in India starts from Rs. 11,690. it comes in white and black colors respectively.

The smartphone OnePlus One is been powered by 2.5GHz quad-core processor and it comes with 3GB of RAM for multitasking. In terms of memory space, the device sports 64GB of internal storage which cannot be expanded.

Further performance capability includes connectivity options include such as Wi-Fi, GPS, Bluetooth, NFC, Micro-USB, 3G and 4G (with support for Band 40 used by some LTE networks in India). Also, it has sensors which are Compass/ Magnetometer, Proximity sensor, Accelerometer, Ambient light sensor, and Gyroscope respectively.

Before getting a smartphone, one of the things I consider is the camera aspect of this device. OnePlus are good in terms of camera aspect. They have done it before and they are willing to do it again in other to keep customers.

OnePlus One comes with an amazing rear camera of 13-megapixel (f/2.0, 1.12-micron) primary camera on the rear and a 5-megapixel front shooter for selfies. The camera is a beautiful one to make use of.

Battery capacity is really an important factor which hinders most people from getting a particular smartphone considering the rate of poor power supply in the nation. It is important we make it known to you that OnePlus One is been powered by a 3100mAh non-removable battery. It measures 152.90 x 75.90 x 8.90 (height x width x thickness) and weighs 162.00 grams.

For those of you interested in getting this smartphone, have it at the back of your mind that you can get this phone via our online/offline stores for a price tag of $320 depending on yor geographical area.

OnePlus One is a wonderful smartphone you will really love to make use of. It comes with huge features which is capable of keeping you comfortable. Give it a try, you will lern to love it.