After much anticipation and rumors, OPPO finally announces their latest smartphone, the OPPO A9 which was leaked last some weeks ago. The smartphone was officially announced this April and will be made available from the 30th of April 2019. 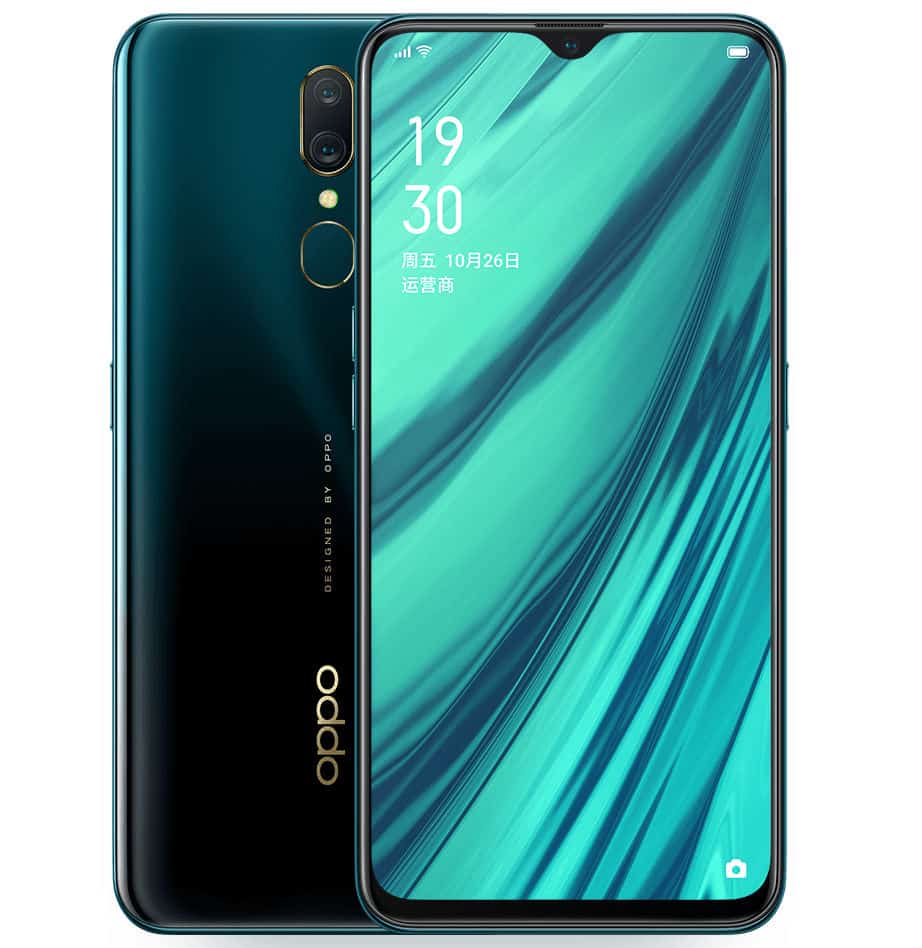 The new smartphone which is the latest offering from OPPO was beautifully crafted and it arrives with a host of awesome features like the huge battery life, jumbo size screen, 6GB RAM, fingerprint sensor and many other interesting features and specifications. I wouldn’t want us to waste much time so, let’s get down straight to business.

The OPPO A9 is the most current smartphone from OPPO and as I mentioned earlier, the smart was beautifully crafted especially the back panel which features a 3D gradient kind of design.

On the left-hand of the smartphone, there are the volume rockers, while on the right-hand side is where you will find the power button.

If you turn the front of the OPPO A9, the first thing that will catch your attention is the dewdrop or water-drop notch which serves as a home for the single camera sensor. The screen on the front of this smartphone is very big, it’s a 6.53-inches Full HD+ display with 2340 x 1080 pixels

The smartphone features really small bezels and chin at the bottom screen. The new device also rocks the fifth-generation Corning Gorilla Glass and has a 90.7% screen-to-body ratio.

At the bottom of the new device serves as a home for the speaker grille under, USB Type-C port, and the 3.5mm audio jack. The new device offers just three color options which consist of the Mica Green, Ice Jade White, and the Fluorite Purple.

Unlike the triple primary camera trend which is usually featured in recent phones, the OPPO A9 arrives with just two primary cameras with a single selfie camera sensor making it a total number of three cameras on the OPPO A9.

On the front side of the smartphone, you will find the selfie camera hidden inside the water-drop notch. The selfie camera comprises of a 16-megapixel sensor with an f/2.0 aperture. The cameras arrive with features such as Colourful Mode, AI-enhancement, Portrait Mode.

The OPPO A9 uses the 12nm Octa Core MediaTek Helio P70 processor which oversees the performance of the smartphone. The processor is assisted and accompanied by the 900MHz ARM Mali-G72 MP3 GPU which is in charge of graphics performance and GameBoost 2.0 support.

The smartphone comes in just one model which is the 6GB RAM with 128GB internal storage option. One good thing that I like about the smartphone is that it allows users to further expand the storage option even up to 256GB via microSD card.

OPPO A9 runs on the company’s ColorOS 6.0 software which is based on the Android 9.0 (Pie) Operating System. For connectivity and network, you will find the GPS, FM radio, WiFi, WiFi hotspot, WiFi direct, 4G LTE, 3.5mm jack, and NFC.

One of the things I love about this new smartphone is its battery size and life. Powering the Oppo A9 is a Non-removable Li-Po 4020 mAh battery capacity. The battery is sure to offer you more than a day use with moderate usage.

The battery despite being huge, also supports the fast charging technology, though there is no wireless charging when I charged.

The OPPO A9 has been announced but not yet released and will not be available until April 30th in China. The starting price of the new smartphone has been set at 1799 yuan which is approximately Rs. 18,730 / $266 / €239 and you can get it from OPPO’s official website.

You can’t afford to miss out on this deal which is actually a good bargain.

The smartphone budget market is getting flooded with lots of budget phones, some are not completely okay while some are offering great specs even more than what the market expects and the OPPO A9 happens to fall between that category. Overall, the performance of the smartphone is fair though there is room for improvement.

The smartphone was able to tick all the right boxes with its interesting specs and features. Some of the reasons you should put into consideration before buying this smartphone include large battery life, nice display, fingerprint sensor, and more.

Don’t get it twisted, things are not all that rosy for this smartphone as it comes in with some flaws like lack of wireless charging technology, no front Flash, and others. But overall the smartphone is okay.