We present to you a full review of the newly announced OPPO smartphone, the 2019 OPPO AX5s. The smartphone comes in with awesome specifications like the long-lasting battery, Helio P35 processor and other nice specifications that will be revealed in their various sections. 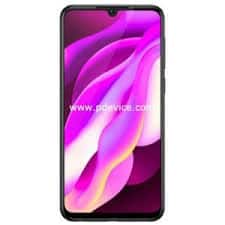 The new smartphone will be joining those of its siblings in Taiwan. One of the things that attracted me to this new smartphone is its large water-drop notch display and its simple but awesome design that seems to hold one’s attention for a reasonable amount of time. The smartphone was announced as on March 2019.

The smartphone which launched as the Oppo A5 in some countries, and it will likely be launched in other countries as A5s. There are a striking resemblance of the Oppo AX5 and AX5s smartphone, though in some aspects like the display. Let’s take no further time and just get straight into the business of the day. Below you find a proper review of the smartphone.

Like I earlier mentioned one of the things that attracted me to the Oppo AX5s was the design. Let’s begin with the front side of this smartphone, then we move to the overall build of the smartphone.

On the front side of the smartphone is seated a jumbo size 6.2-inch screen that has a resolution of 1520 x 720 pixels and a 19:9 FullView. The smartphone uses the 2.5D curved glass for display. The smartphone’s water-drop display makes the bezels around the screen look less obvious. One screen is also seated a single camera sensor that is centrally placed.

Turning over to the back is where you will find the horizontally placed dual camera sensors which are accompanied by a powerful LED flash for brighter images in low light conditions. The OPPO AX5s arrives in just two color options which consist of the Red and the black.

The Oppo AX5s features a total number of three cameras, with one for the selfie purposes, while the remaining two are the primary camera.

Coming to the front of the AX5s smartphone, you will find the single smartphone that is centrally placed on the top side of the device. The selfie camera is an 8-megapixel shooter and it has an f/2.2 aperture.

The Oppo AX5s is a smartphone that delivers fine when it comes to the performance. Under the hood, the MediaTek Helio P35 processor is what powers the smartphone and the process is also accompanied by the IMG PowerVR GE8320 GPU, and it is completely different from our usual Snapdragon 450 which is featured on the in AX5

Out of the box, the smartphone also runs on the Android 8.1 with the ColorOS 5.2 based on Android 8.1 Oreo.

The Oppo AX5s arrives with just one version, so everyone that wishes to use the smartphone is left with only one option which is the 3GB RAM, and 64GB internal storage model. Unlike most smartphones like the Oppo, AX5s storage can be further expanded with up to 256GB using the dedicated microSD card slot.

The Oppo AX5s arrives with the conventionary connectivity and network such as the USB-OTG support, Bluetooth 4.2 and the 4G LTE support.

The Oppo AX5s is powered by a very powerful and massive 4230mAh battery capacity, and like some other unconfirmed specifications, we are yet to know if the smartphone features any fast charging technology because the company never made mention of that.

We can’t really tell whether to advise you to buy this smartphone or not, because we really don’t know what you want in a smartphone. But, if what you are looking for in a smartphone is longer battery life and a smartphone that is capable of answering to all the basic tasks that you throw at it, then this is the right smartphone for you.

Should in case what you want in a smartphone is faster processing speed, larger RAM that will ensure an absolute lag-free experience, then you should probably check out another smartphone.