Hi everybody. Today we are here with another in-depth review of the trending Oppo release, the Oppo Reno.  The new smartphone happens to be the latest offering from Oppo. The smartphone actually comes in three different versions.  Three versions in which the new release from Oppo comes in consist of the original ‘Oppo Reno’, ‘Oppo Reno 10x zoom’ edition, and the ‘Oppo Reno 10x Zoom 5G’ which happens to be the latest that was added to join the aforementioned.

The original Oppo Reno was actually announced in the early hours of April and was later released towards the ending of April 2019. The new smartphone happens to be the cheapest among the Oppo latest line up. 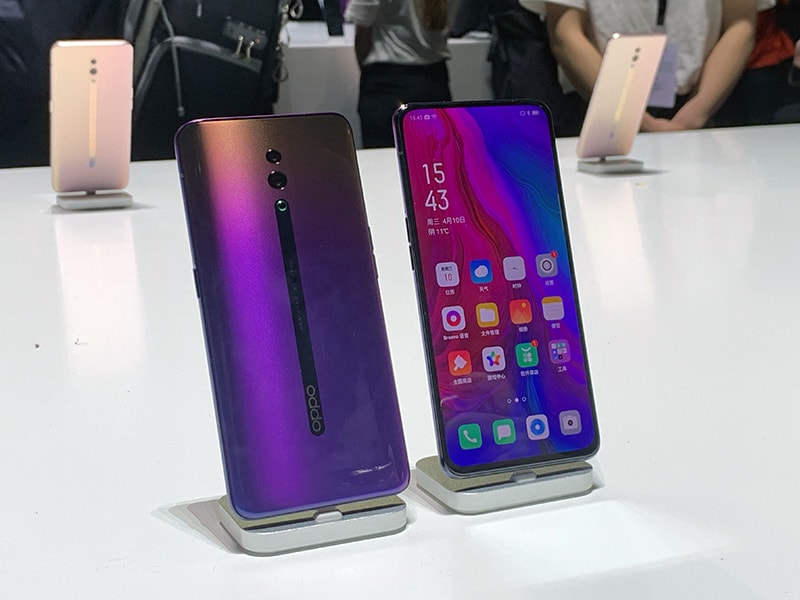 Despite everyone’s attention being drawn to the elder siblings, the 10x zoom edition, and the 10x Zoom 5G, the original Oppo Reno still comes in with lots of interesting features and specifications though not as the bigger siblings. Without further ados, let’s see all the specifications and features that the new smartphone arrives with.

Oppo Reno happens to arrive with a simple but premium look which makes it appear unique. The new smartphone is made of both glass back and aluminum frames.

The new smartphone features a more trimmed down bezels which made the screen of the smartphone extend to the fringes of the body. When you first come in contact with the new smartphone, you will assume it doesn’t have a selfie camera.

Unlike most smartphones, the newly introduced smartphone uses the Motorized pop-up selfie camera AKA the pivot rising camera which only shows up when you want to take a selfie. The selfie camera can also be used for Face Unlock.

Unlike most smartphones, the Oppo Reno doesn’t arrive with camera bump and the glass back feels smooth on your palm and captures light nicely.

The front view of the Oppo Reno is alluring as it maintains a simple look. The absence of a rear fingerprint doesn’t mean a complete absence, it only means that the new device fingerprint sensor is now beneath the screen (in-display fingerprint sensor).

The camera of the Oppo Reno happens to be the main selling point of the device. The smartphone features a total number of three cameras, two primary cameras, and a single selfie camera.

Just like the other two bigger siblings, the Oppo Reno also comes in with 48MP Sony IMX586 1/2-inch sensor with an f/1.7 aperture, 26mm focal length, and 0.8µm pixels. The primary camera is also assisted by the second 5MP camera with an f/2.4, for depth sensing.

One of the most beautiful features of the new smartphone is its selfie camera. On the front side of the device, you will practically not see any selfie camera. The reason for that is because Oppo adopted the motorized shark fin selfie mechanism kind of camera. You practically don’t see the selfie camera until you want to take a selfie, then the camera will pop-up from top of the smartphone.

One of the notable difference between the Oppo Reno and its bigger siblings is the chipset. While the bigger version uses the Qualcomm’s premiere mobile SoC, Opp Reno adopts the Snapdragon 710.

The new smartphone ships in different versions which is the Oppo Reno with 6GB RAM +128GB storage, the 6GB RAM + 256GB storage, and the 8GB RAM + 256GB. If you are not comfortable with the internal storage, we are sorry because you are locked down with the offer. There are no rooms to expand storage.

The Oppo Reno runs on the company’s ColorOS 6 which is based on the Android 9.0 (Pie). The new Android experience also includes what is called the HyperBoost 2.0, designed to reduce latency when gaming. It also reduces the app load times while improving system speed.

Inside the Oppo Reno lies a Non-removable Li-Po 3765 mAh battery which can offer you more than a day’s use.

The speed of the VOOC fast-charging hasn’t been yet disclosed by the company, though we instinctively believe it supports a maximum 22.5W charge rate.

We mentioned earlier that the new device arrived in three different models which consist of the 6GB+128GB, the 6GB/256GB version, and the 8GB/256GB version.

Finally, the last model which happens to be the biggest model with 8GB/256GB is sold for 3,599 yuan approximately $536.

The Oppo Reno happens to be the cheapest smartphone in the new line up by Oppo. Apart from being affordable, it also arrives with interesting specifications and features. The smartphone offers you a large screen for gaming, nice chipset for great performance and more. You also have a large RAM for smooth multitasking purposes.

Don’t get it twisted, the device also comes with its downside which includes, lack of OIS, lack of storage expansion and nothing really much.