If you could remember during the launch of the Realme 3 in earlier March, the company stated that they will be produced and release another of their smartphone which will be a stronger competitor to the already well-known Redmi Note 7 Pro. Anyway, Realme has fulfilled that promise with the release of their latest smartphone, the Realme 3 Pro. 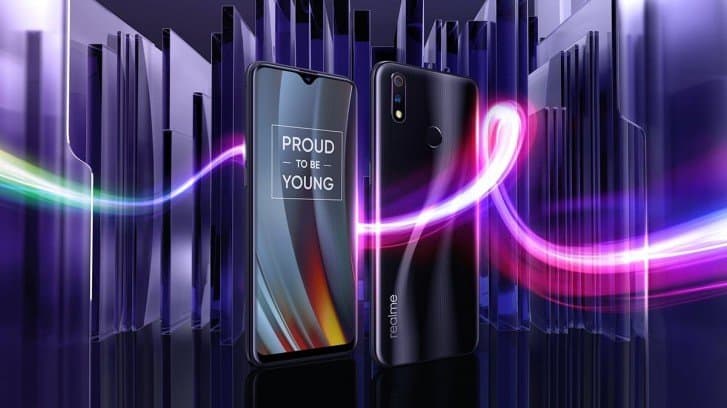 The new smartphone was announced in April and is expected to arrive soon. The smartphone features lots of interesting specs and aside from the Note 7 Pro, the new device will face lots of the Galaxy A-series phones and others. Come along with us let’s show you some of the strength and weaknesses of this smartphone.

The Realme 3 Pro is made out of plastic for the body, aluminum for frames and glass on the front side of the smartphone. The front of the smartphone is occupied by full HD+ screen and slim bezels by the side of the screen. The screen is protected by 2.5D Gorilla Glass 5 and also features a waterdrop notch on top which houses the single selfie camera.

The edges of the smartphone are well rounded which provides a firm grip. On the back of the phone still retains the same features just like the Realme 3. You will find the dual vertical camera setup on the left-hand side of the phone with the LED flash beneath it.

The power button is on the right-hand side, and the volume rockers are on the left-hand side. Meanwhile, the 3.5mm jack, USB port, and the loudspeaker are all positioned under the smartphone.

The smartphone is presented in three color options which consist of the Carbon Gray, Lightning Purple, and Nitro Blue.

The Realme 3 Pro houses a total number of three cameras, a dual primary camera, and a single selfie camera sensor. Realme uses the Sony IMX519 sensor which is the same as the one featured on the OnePlus 6T.

The primary camera which consists of a dual camera sensor is made up of the 16MP with an f/1.7 aperture and the supporting 5MP for depth sensor with an f/2.4 aperture. Meanwhile, the single camera on the front is a 25MP selfie sensor.

The camera comes in with a handful of features and modes like the Chroma Boost mode, the Portrait mode, Nightscape mode, and Panorama.

The cameras can record 4K videos at 30fps and 1080p videos at 60fps. The cameras also support 720p slow-mos at 960 fps and you may also shot 10-second clips at 960fps, though this usually works outdoor.

Powering the Realme is the Qualcomm Snapdragon 710 SoC that was built on the 10nm FinFET process. There are dual Kryo 360 cores as we as the quad Kryo 350 cores which the Octa-core chipset uses and it runs at 2.2GHz.

Inside the smartphone, you will also find the Adreno 616 GPU which is in charge of graphics and also comes along with additional optimization for Unity (Fortnite manufacture) games and Tencent (PUBG manufacturers).

The software is still the Oppo’s Color OS 6 which is based on Android 9 Pie and comes in with lots of customization options.

The performance of the smartphone was great and some of its sensors like the fingerprint were very responsive and fast.

Powering the Realme 3 Pro is a massive 4,045mAh battery which can offer you more than a day use with moderate usage. The battery is also equipped with some power saver modes such as the Super High Power Efficiency mode.

The smartphone comes with the VOOC charge 3.0 and also arrives with the 20W VOOC charger which is capable of offering you from 0% to 100% battery juice in about 80 minutes. The fast charging is indeed something we really appreciate about this smartphone.

You can purchase this device from Flipkart at Realme.com pop-up store and other online and offline stores on Monday.

The Realme 3 Pro is one of the few budget smartphones that offer features way higher than the price it comes in with. Some of the interesting specs that the new smartphone includes its nice performance which offers a lag free gaming experience and more.