Realme has been bringing out interesting budget smartphones and not just with a good price tag but also with a good performance alongside. The new smartphone was announced in March and will be released in the same month. 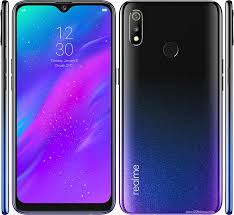 We have been using this smartphone for about 6 days now and we are here to share some of our experiences that we have gathered. Without wasting much of our time let’s get down straight to business to see if it is worth buying or not.

The design of the Realme 3 is the smartphone for the new generation (Youth). The body of the smartphone is made of plastic, with an aluminum frame and a glass front. Still on the front side the smartphone you will find the dewdrop notch which shelter’s the single selfie camera sensor.

The Realme 3 features a large 6.22 inches which have a resolution of 720 x 1520 pixels and 270 ppi density. The phone uses the Corning Gorilla Glass 3 for display protection and also boast of an 81.8% screen-to-body ratio. The side of this smartphone features a more small bezel and bottom chin than its predecessor.

You will find the dual primary cameras and its powerful LED flash all vertically placed by the left-hand side on the back of the new smartphone. The rear-mounted fingerprint sensor is very responsive and still maintains the same position.

On the right-hand side of the smartphone, you will see the volume rocker and the power button. Under the smartphone is a home for the 3.5mm jack, the micro USB 2.0, and the loudspeaker.

Out of the box, we were able to find the Charging brick, Transparent TPU case, micro-USB cable, Sim ejector tool, and the Usual guide booklets. The smartphone also comes in three color options which consist of the Black, Dynamic Black, and the Radiant Blue.

On the front of the smartphone, you will find the single selfie camera housed inside the small dewdrop notch. The smartphone also comes with features such as the Panorama, Portrait mode, and Nightscape mode. There is also the beauty mode which helps touch-up your selfie shots, while the other feature called the Chroma Boost mode also help to produce nice images you could use for your social media accounts.

The selfie camera can be used to record videos up to 1080p Full HD clips and it is also accompanied by a 90fps/720P slow-mo video-shooting.

When it comes to the performance of the Realme 3, we have the MediaTek Helio P70 chipset which is built on the 12nm FinFET process. Meanwhile, there is the octa-core CPU which consist of four clusters, the Cortex-A73 which runs at 2.11GHz and the four power-efficient cores (the Cortex-A53 which runs at 1.99GHz).

We also have the Mail-G72 MP3 GPU renderer which handles all the graphics performance of the smartphone.

The Realme 3 offered a smooth performance and we were able to easily play some graphics intensive games without experiencing any hiccups including PUBG.

One of the selling points of the Realme 3 is its huge battery life. Under the hood, the smartphone comes in with a 4,230mAh Li-ion battery which delivers.

The battery was able to last for almost 13 hours after an intensive use which consists of both internet surfing, PUBG Mobile, watching videos online and the battery lasted close to 13 hours.

Realme 3 supports the Fast battery charging 10W technology and was able to get us from 0% to 100% battery juice in about 2 hours charge.

Realme 3 was able to tick all the basic boxes when it comes to a budget smartphone segment.

Apart from the few hiccups, we experienced while playing some graphics demanding games, and the performance of the camera which needs to be improved a little bit, the smartphone is all good to go. It comes with a huge battery life, dedicated microSD card slot, and great design. Should in case you have a tight budget, and still don’t mind using a decent smartphone, then the Realme 3 should be put into consideration.