Realme has finally realized their latest and much-anticipated smartphone called the Realme 5. Realme is surely doing fine and you can see that in how far they have come with the various phones they have been releasing. In this article on the Realme 5 review, we ascertain its pros and cons. Here you would also find info on specs and price. 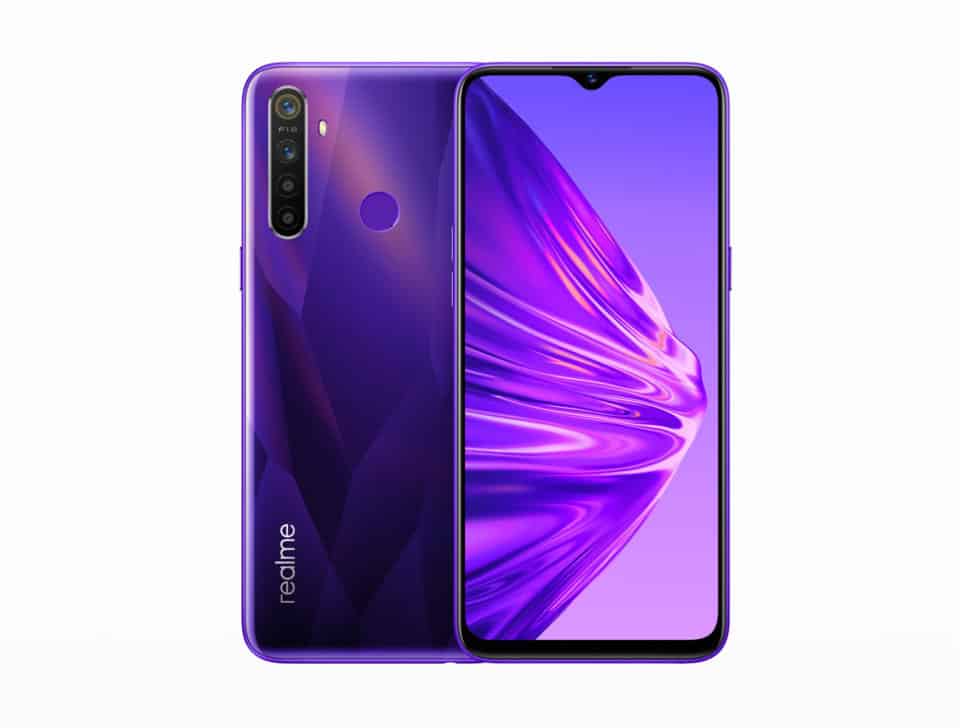 Realme have been releasing a number of great and interesting smartphones including their first 64MP smartphone. The company has constantly been experiencing a steady growth ever since they became independent and they have been posing as a treat to Xiaomi.

The Realme 5 happens to be the first quad-camera Android smartphone selling for less than Rs 10,000. The new smartphone comes with a host of impressive features.

The new smartphone is the upgraded version of the Realme 3 which offers a better user experience, dished out earlier this year.

When it comes to the design of the Realme 5, we’ve always known that Realme wouldn’t let us down as they have been able to produce some of the most stylish smartphones of the year.

The Realme 5 comes with a polycarbonate body with a diamond pattern on the back panel. The finishing is very neat which also qualifies it as one of the best segment of the smartphone.

The Realme 5 exchanged its screen size for resolution. The screen size is 6.5-inches IPS LCD panel with a resolution of 720 x 1600 pixels and an aspect ratio of 20:9. The screen uses the Gorilla Glass 3 for protection and it also has an HD+ resolution.

The smartphone is large and heavy, though the weight has been attributed to the large battery though some people are still very comfortable with it.

The smartphone has a well-trimmed down bezel by the sides of the smartphone, just the bottom chin is quite noticeable. You will find a small dewdrop notch which holds the single selfie camera.

On the back of the smartphone, you will find a fingerprint sensor, the vertically placed quad cameras with LED flash by the side of the camera setup. Just like most budget smartphones, the Realme doesn’t have any IP rating.

On the side of the smartphone, you find the triple slot where you can slot in a memory card and a dual nano-SIM cards. The bottom of the smartphone holds the micro USB charging port and a 3.5mm jack which you can use to power the battery.

The Realme 5 is presented in just two color options which are the crystal blue and crystal purple. Sincerely, both models look really cool.

It’s obvious that the selling point of the Realme 5 it’s much talked about quad-camera which consist of a 12-megapixel the primary sensor. The second is the 2-megapixel depth sensor, while the third is an 8-megapixel wide-angle camera senor which has a 119-degree field of view. The fourth which happens to be the last is a 2-megapixel macro camera for closeup shots.

Must Read: Realme U1 Review – Specs, Features, and Price

The Realme 5 quad-camera happens to be the talk of the town as it’s rear to see a smartphone with a triple camera at this price range. Despite coming with a low price tag, the cameras still take decent pictures with enough details during the day. Nevertheless, the quality of images during the day is superior to that of the night.

The front of the Realme 5 holds the single 13MP selfie camera sensor which performs well in good lighting but struggles in low light conditions.

Still on the Realme 5 Review. Under the hood, the Realme 5 houses the Snapdragon 665 which is obviously an interesting beast. It is built on an 11nm process which is an advantage to the battery life. It is also assisted by the Adreno 610 GPU which is such an improvement for the graphic and gaming experience.

Don’t get all your hopes too high as the Snapdragon 665 is not a leap forward, so it’s important that you keep your expectations not too high.

The Realme 5 performance was great and you would not experience any trouble playing graphic-intensive games such as the PUBG though the setting needs to be medium.

Whether you like it or not you will be presented with a Color OS for the Realme’s hardware, and the user interface is not so great. You get some pre-installed apps and other customizations which includes gestures, the magazine-style lock screen which consistently refreshes the wallpaper, and a floating convenience key.

The battery of the Realme 5 is one of its strongest points. The new smartphone packs a whopping 5,000mAh battery capacity, though we were a little bit disappointed to find out the new smartphone didn’t arrive with any fast charging technology.

There is no doubt that the Realme 5 battery is a power pack, though adding extra battery juice really takes a long time. You can power it using the USB port which happens to be the only way. To fully charge the battery from 0% to 100% will take about 2hours 30minutes.

The battery is sure to get you through a day and a half and possibly two days with a moderate use just from a single charge.

Despite offering lots of great specification and features such as its long-lasting battery, good cameras for better photography experience with a lot of versatility, the device still maintains a moderate price tag.

Just like we mentioned above, the new device is presented in different models and they all have different price tags. The base model which happens to be the Realme 5 with a 3GB RAM and 32GB ROM selling for $140 (Rs. 9,999).

The Realme 5 is a smartphone that actually redefines what an entry-level smartphone. It’s an exciting smartphone which ships along with specifications that you can easily find on high-end smartphones. Some of the exciting features include its solid hardware package and a versatile camera.

Though the Realme 5 didn’t come along with a glass build or a Full HD display, the device is still an impressive device. The battery offers you ample hours for all your activities and the software is properly matched to the hardware. The cameras are constantly producing good images.

If you are in search of a low budget smartphone which also delivers quality performance and more, then the Realme 5 should be among your top consideration.

Realme 5 main competitor is the Redmi Note 7S; Xiaomi’s budget smartphone which offers both a better camera and a Full HD display at a similar price range. It also has a glass build which gives it a premium look.

There you have it – a comprehensive review of the Realme 5. Would you purchase the Realme 5? Do let us know in the comment section below.