Here arrives one of the most ambitious smartphones, the Red Hydrogen One which arrives with great features like the cinema-quality camera and a host of other features that seems to be a big mystery. 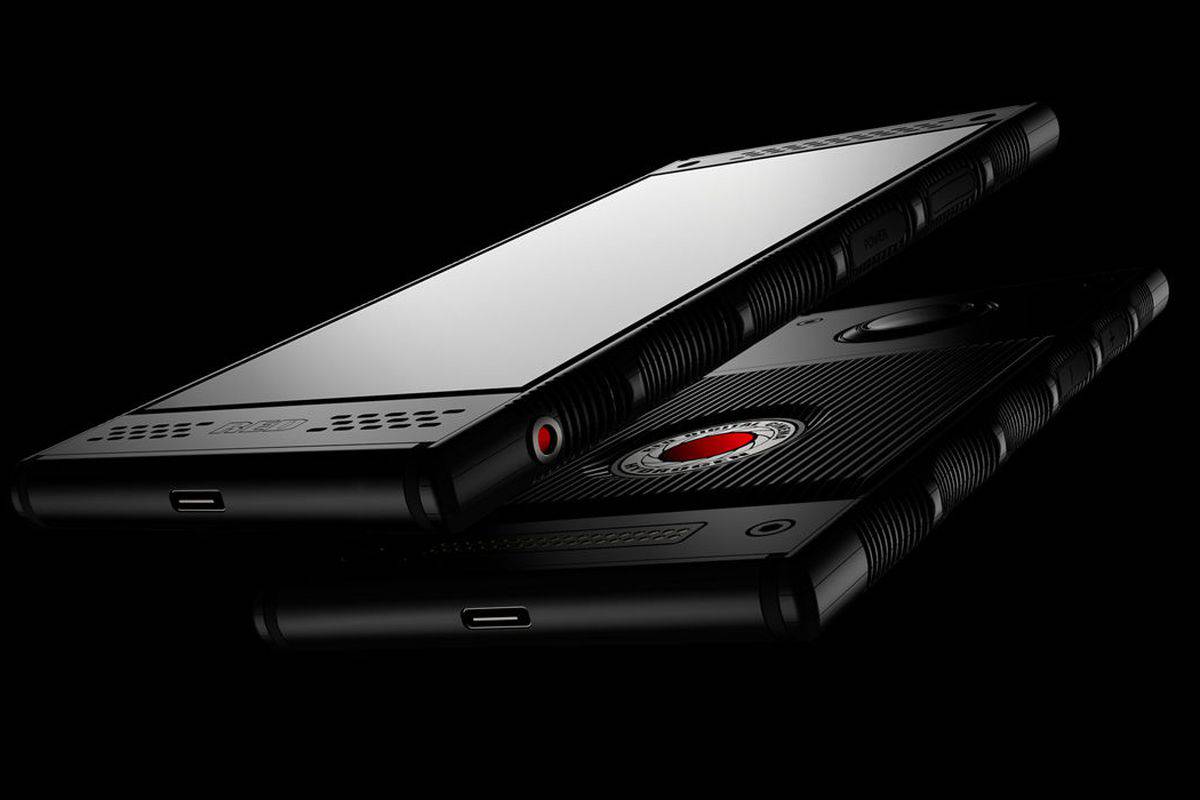 The newly launched smartphone that will be on sale by Nov. 2, 2018, promises to display “4V” holographic video content even without the presence of a 3D glasses and will also capture “H4V” which is the company’s holographic file format, and all this will be done through a special camera, though what this technology featured looks like in real life is actually unknown to people apart from Red.

This smartphone is shaping up to be a device with lots of hype and promise, yet only arrives with few concrete specs and details. Read on to see all we know so far about this smartphone.

The Red Hydrogen One arrives with a 5.7-inch 2,560 x 1,440 display, and like we earlier mentioned has the ability to show what the company calls “4V” holographic content without necessarily needing glasses, though we are yet to see this in real life action. 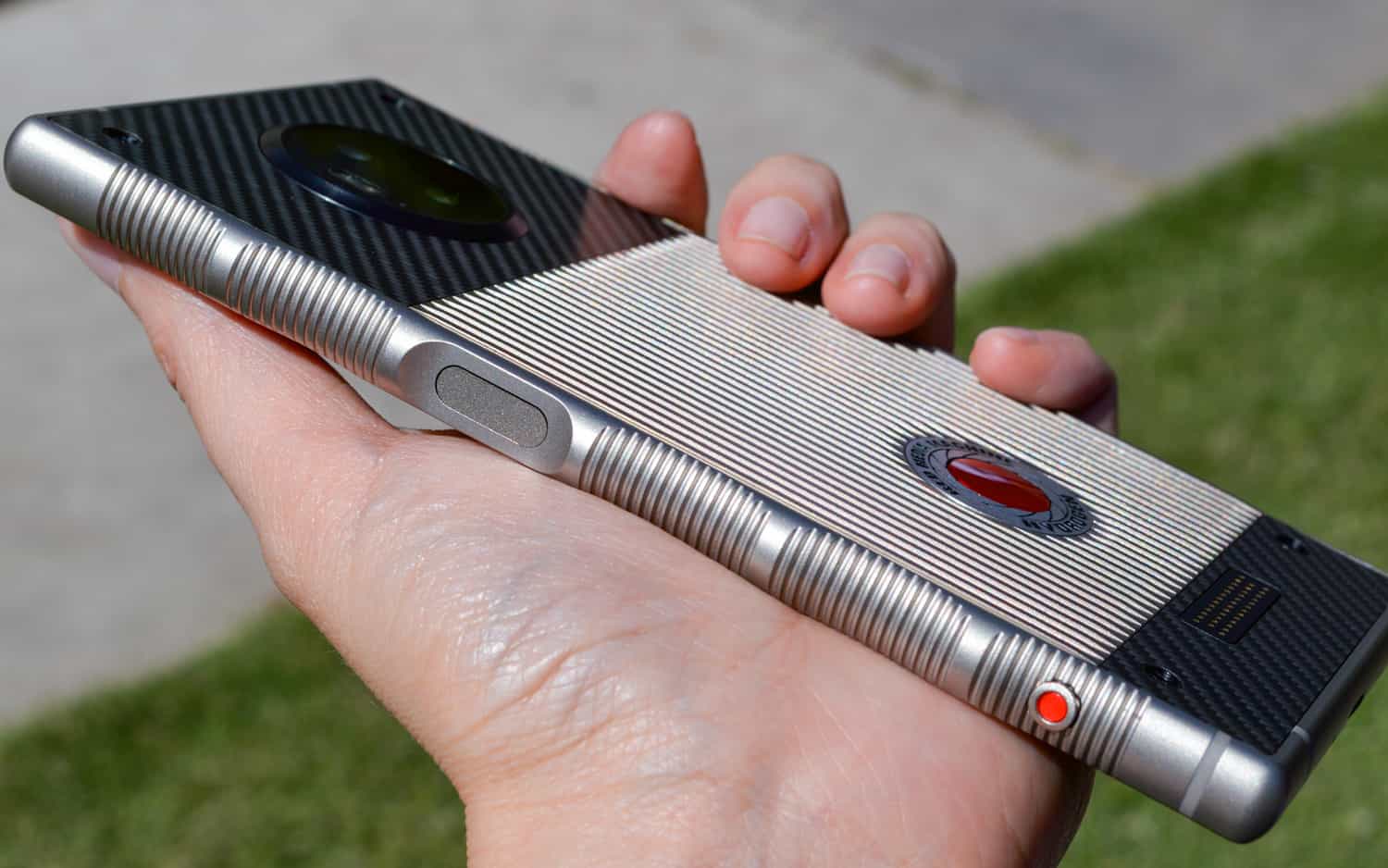 We currently don’t have an idea of what kind of display that the Red Hydrogen One intends to feature, but with its high price tag, we don’t intend to see any display less than an OLED display. Nevertheless, RED Hydrogen One can display the normal 2D, coupled with 3D images and video.

The RED Hydrogen One looks like most smartphones in some ways and its 5.7-inch screen display gives this device a large chassis, coupled with its camera that is kept right on the back in its familiar position.

Nevertheless, the overall look of this device is rather unconventional like RED’s line of high-end cameras. Most part of the back is elevated, maybe in other to make it seat more comfortable in the hand.

Close to the bottom of this device, you will see a 3.5mm USB-C charging port and headphone jack, you will also find a pogo pin connector that RED plans to use in supporting the new smartphone with optional modular accessories, like in the fashion of the Moto Z and Moto Z2 Force.

The Red Hydrogen One is a little bit heavier than the normal smartphone and also has a rugged look. We have not been able to confirm if the body build of this new device is made of metal or plastic, but considering the price at which this device intends to sell it, then we wouldn’t be expecting anything less than a premium long-lasting material.

The front of the Red Hydrogen One is where the big mystery lies. This device comes with a thick bezel around its display, which creates more room for a fingerprint sensor to be fitted in, but we are yet to confirm anything of such.

This new smartphone comes with only two color variety which is Black and Gray. We hope to see other colors being released soon.

Like the fabled holographic screen, so is the camera of the Red Hydrogen One. The company also said that the camera will be capable of recording in 2D, 3D, and H4V formate, which I think could shape up to be the most impressive sensor to have been ever featured in a smartphone. Though we are yet to confirm it, after all, seeing is believing.

At the back of this new smartphone is seated dual camera sensors that are 12.3-megapixel, and are accompanied by a LED flash and flashlight component. Moving over to the front part of this smartphone, there is a dual front facing-cameras that has an 8.3-megapixel sensor that is able to capture content at 3840 x 2160.

The Red Hydrogen One comes with a 6 GB RAM which is great for multitasking and aiding an overall lag-free performance. The RAM is assisted by a 128 GB internal storage which can still be expanded by up to another 128 GB.

Apart from the Fingerprint sensor, the Red Hydrogen One also comes with an Iris scanner and that is all we know for now as pertain to performance, but we are actually at alert should in case a new update from this new ambitious device is released.

The CEO of Red made a public statement concerning the Red Hydrogen One battery size. According to the CEO, the new device will arrive with a 4,500mAh battery, which we think is great. Though not up to most battery life featured in most smartphones like the Lenovo P2, Asus Zenfone 3 Zoom and the rest of them that pack a whopping 5,000mAh battery capacity.

The Red Hydrogen One is said to come with modular capabilities, which may end up featuring a battery-boosting pack, just like we have in the Moto Z.

The RED Hydrogen One comes in different varieties as well as well as different Prices. For the Hydrogen One aluminum variant you will have to pay $1,195, while the premium titanium version will cost you $1,595. There will also be an unlocked model of the smartphone. Finally, the company said that this price is for a period of time only, which means that the price could go up even higher closer to the phone’s launch or after the launch.

With all the features that the RED Hydrogen One has promised to bring along with it, though most of them have not been actually tested in real life, it shows that this smartphone is set to be one of the leading smartphones of the year.