Now I believe that the feature is now! It only once existed in the imagination, but with the Royole FlexPai, we now know that it can also be materialized.

Finally the much anticipated first fully flexible smartphone, Royole FlexPai has arrived, bringing along a different and a unique concept far from the conventional smartphones that we are already familiar. This smartphone was announced on 28 October 2018 and will be available for purchase on the 02 November 2018. 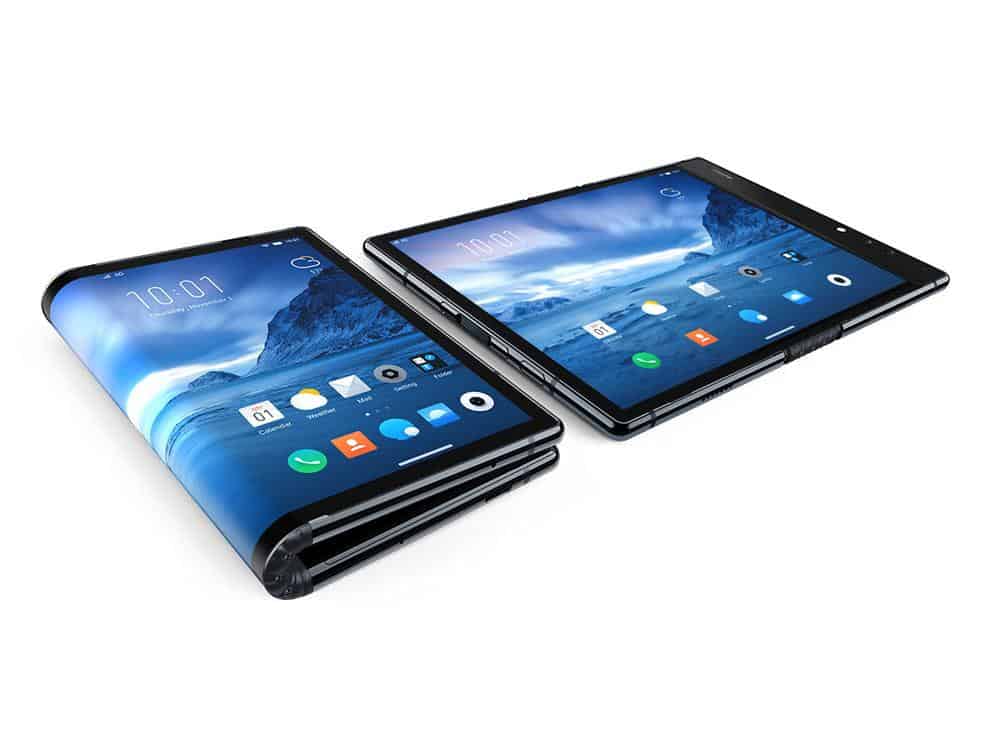 This device comes in with bendable ages and is also the leader of this innovative technology. This smartphone has been able to give us an insight on what smartphones with bendable corners and could actually lead to more foldable smartphones in the future.

Before we move into the design in proper it is necessary we let you know the main reason the Royole FlexPai seems to be very interesting is because of the technology that this device comes in with; Every other thing seems to be the standard specs that we look to meet in other smartphones.

The screen of the Royole FlexPai can bend 180-degree hinge, notwithstanding this device packs a lot of tech inside of it. This smartphone is two devices joined together by a 7.8-inch screen.

You can either use the device as a smartphone or in the form of a tablet. This device comes in with a sizable amount of bezel positioned on the left side and also houses two cameras; when folded into a tablet.

There is no back or front of this device the two sides have screens that can be used as two separate devices and they come along with dual SIM. There are dual cameras on this device that doubles as both the selfie camera and the primary camera.

The screen of this device houses a 7.8-inch display, with a 4:3 screen ratio coupled with its 1,920 x 1,440 resolution and a pixel density of 308ppi. The resolution is not altogether that clear.

This device ships in with a dual SIM tray which is seated next to the USB-C port and there is also a fingerprint sensor. When in the expanded mode, the Royole FlexPai measures 190.3mm x 134 x 7.6mm which makes this device a little bit heavier than most smartphones. The weight of this device is a whopping 320g which is quite more substantial than some smartphones which weigh up to 200g mark.

There is a dual camera on the Royole FlexPai which consist of a 20MP telephoto snapper and a 16MP wide-angle camera fixed in the chunky bezel on the left-hand side, and this is when you view it from landscape tablet mode.

This device also comes with a powerful LED flash. Luckily, the Royole FlexPai even arrives with the OIS (optical image stabilization) which will offer assistance to the camera during low-light shots.

The software featured in this device is terrible because firstly this device runs on the Water OS which is the company’s OS, an Android 9 pie wouldn’t have been a bad thing. The smartphone uses the nice Qualcomm Snapdragon 855 CPU, which is accompanied by a 6GB of RAM, though taking images with this device was very slow.

Turning this device from tablet to phone was also slow, just the way opening the settings took much time. We not sure why this smartphone decided to use their own Water OS instead choose from one of the fantastic operating systems that are readily available. FlexPai will be supporting a 5G network in 2019 after they must have updated their software, letting you get access to the next generation network.

Don’t get it twisted the Royole FlexPai still comes along with beautiful, and a friendly user interface that you can easily tweak. We have the spine being used for quick app links and the apps sliding along portions of the screen.

The Royole FlexPai houses a 3,800mAh battery, which most people think it may not be the best capacity of a battery for this smartphone. We also expected the battery of this device to be as big as that of the Samsung Galaxy Note 9 and the Huawei Mate 20.

The FlexPai also comes supports the fast charging technology which can be used to quickly add an extra battery juice when the battery gets low.

Right from the unset, we have always known the Royole FlexPai was going to be expensive because the concept is a unique one. This device comes in different models each having a different price tag.

The Royole FlexPai is indeed the device of the future; the company was able to employ a unique concept in the overall build of this device. This device is the first of its kind and has been able to prove to the world that foldable smartphones are possible.

The Royole FlexPai comes in with some great specs like its bendable ages nice camera setup though, the performance and images produced by the cameras are not the best. The device also comes in with a very high price tag.

Despite featuring a 6/8GB RAM, the performance is reduced, and the camera response is slow, though it looks great on the paperwork, in real production, this smartphone is not all the best. This device is actually for those who love to keep up with trends; you can be the first to have this device among your friends.