Samsung has been aggressively churning out new smartphones to the market, making it currently a total of 5 different A-series and M-series smartphones. Nevertheless, today in this article, our focus will be on the latest Samsung Galaxy A30s.

The new budget smartphone was announced in August 2019 and was released the following month being September 2019. The new smartphone features nice hardware and software. 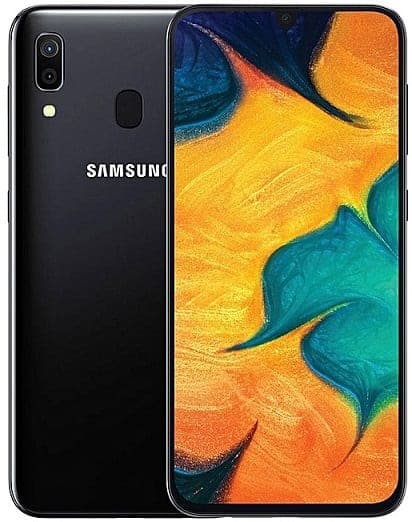 The new smartphone borrows lots of specifications and features from its premium brothers. The only noticeable feature that was absent is the water-resistant feature which has been the cornerstone for the Galaxy A series, though it’s currently not applicable.

If you are observant, you will notice that the water-resistant feature no added on the latest A smartphones. But thankfully, they are not ditched alongside the 3.5mm jack ports.

According to Samsung, the Galaxy A30 just like its elder siblings, the A40 and the A50 are made from the Glasstic material. The word ‘Glasstic’ was manufactured by Samsung and it was used to describe the combination of glass and plastic.

You will hardly notice the bezels on the smartphone except for the one at the bottom that is a little bit obvious than the rest. There is a U-notch on the seated above the screen and it holds the single 16MP selfie snapper. The earpiece of this smartphone is strategically fixed above the selfie camera.

When you turn to the back of the smartphone, you will behold the dual vertically placed camera module positioned by the left-hand side with the powerful LED flash beneath the camera module. When you look slightly above the center, there you will get the fingerprint sensor with Samsung written below it.

Just like the other models, the left side of the Galaxy A30 holds the tri-card slot which contains both the Dual Nano-SIM and microSD card. Meanwhile, at the right-hand side lies the volume rocker and the power button. The USB-C port, loudspeaker, and 3.5mm jack port.

Just as we mentioned earlier, the Samsung Galaxy A30 cameras are three in all. They comprise of dual primary cameras and a single selfie camera sensor.

To be sincere with you, under proper lighting conditions, the new smartphone performs pretty well with enough details. But, you will find the cameras struggling in low light conditions.

Just like other recent Samsung smartphones, the camera app on the A30 is also the same, the only difference is in the more icons. You have the icon with 2 trees denote the regular camera, while the 3 trees mean the ultra-wide-angle camera. Overall, the camera app has everything sorted.

Inside the U shaped notch in front of the Galaxy A30, you will find a 16MegaPixel single camera sensor with an f/2.0 aperture.

Must Read: Samsung Galaxy A40 Review – Specs, Features and Price

It’s a whole new level of user experience with Samsung’s new One UI software which is based on Android 9.0 (Pie). You also have the Mali-G71 MP2 which oversees the overall graphic performance of the Galaxy A30.

Overall, the user experience offered by the Galaxy A30 was both clean and friendly. The company’s software in addition to the Android Pie helps put you totally in control of your smartphone usage.

Just like the A50, the A30 also comes with a powerful Non-removable Li-Po 4000 mAh battery.

Under the hood, you also get a 15W Fast battery charging technology and also the charger out of the box. You will be able to get up to 30% battery juice from 0% in about 30 minutes.

The battery is sure to take you through the day even with heavy usage. We were able to get an impressive result on the test that we ran on the smartphone’s battery. The battery was able to offer us over a day 3G talk time, 14 hours of video looping while the network was still on, and 11 hours on our Wi-Fi web browsing script.

We were finally impressed with the overall endurance rating of the A30 which amounted to about 92hours. The Galaxy A30 appears with a premium plastic back which means you shouldn’t be expecting any wireless charging tech.

We mentioned earlier that the Samsung Galaxy A30 comes arrives in two models which happens to be the Galaxy A30 with a 4GB RAM sold for Rs. 14,990 which is equivalent to $210 which is approximately N75,000 in Nigerian currency.

In recent times, Samsung’s mid-range smartphone gameplay has radically changed. The change may be in a bid to make their new devices more appealing to young consumers. If that is really the case, then Samsung is moving in the right direction.

The Galaxy A30 was able to provide users with a powerful screen, wonderful design, nice software with a clean and friendly user interface, as well as huge battery life.