Samsung has finally introduced an improved version of its premium smartphone the Galaxy A50. The new smartphone known as the Samsung Galaxy A50s introduces lots of eye-catchy camera features into the mid-range segment.

The new smartphone which was announced in August 2019 and released the following month also comes along with a new set of chips that supports Samsung Pay and properly powers the smartphone along. 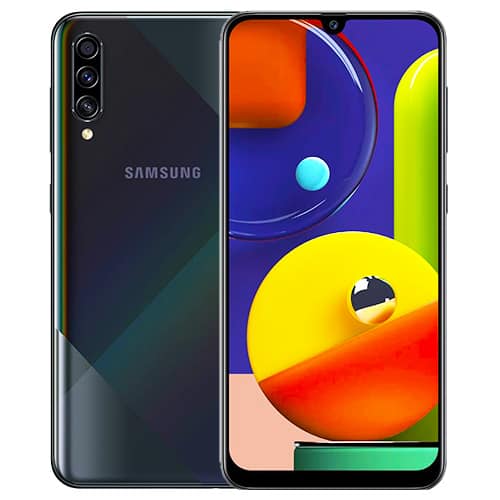 One of the things that caught our attention is the display on the Galaxy A50s just like its predecessor. Though, its predecessor’s (A50) OneUI and camera had everyone acting like Oliver Twist; Asking for more. The aforementioned was one of the factors that limited buyers and was a pain for those who had already purchased it.

The question here is; does the Galaxy A50s bring any feature that separates it from its predecessor or is the A50s simply another smartphone from Samsung? We would like you to go through our review.

Still, on the back of the smartphone, there are triple cameras vertically positioned by the left-hand side. Under the primary camera module lies the powerful LED flash which helps for well-detailed images.

The bezels on the front side of the Galaxy A50s are very slim apart from the bottom bezel that is a little bit obvious. The U notch houses the single selfie camera shooter, while other sensors have been strategically positioned on the notch.

On the right side of the smartphone seats the volume rocker and power button, while on the left, you will find the SIM card and memory card tray. The bottom of the smartphone holds the USB port, 3.5mm jack, and loudspeaker.

Like we mentioned earlier, the additional feature that differentiates the A50s from the A50 is the 48-megapixel primary shooter.

The Galaxy A50s has a total number of four cameras; triple primary camera sensors and a single selfie camera.

The primary cameras are capable of doing a 4K 30fps video recording which is usually crisp and detailed, though you need to stay still. Some of the main camera features include Panorama, Food, Super Slow-mo, HDR and more.

The U notch on the front of the Galaxy A50 holds the single selfie camera which is a 32-megapixel shooter. By default, the selfie camera takes binned shots with a “4:3H” option and this is only if you want to use a full resolution. You still have other features such as Beautification, Live Focus and more.

Inside the Samsung Galaxy A50s, you will find the Exynos 9611 processor with an octa-core CPU that runs at 2.3GHz. The chipset is a 10nm FinFET fabrication process.

You will notice that Samsung optimized the new chipset not to consume much power while still retaining efficiency.

The Samsung Galaxy A50s runs on the latest Operating System which is based on the company’s software, One UI 1.5. Apart from the Game Booster tool added by the company to increase the lag-free gaming experience as well as smooth multi-task operations, the UI user experience, and features, remains almost the same.

Samsung also added Samsung Pay which is powered by Knox security. The performance overall was nice, though the under-screen display fingerprint sensor took a much longer time before the smartphone can be unlocked.

The battery is capable of confidently taking you through the day even with heavy usage, though when you compare the performance rate of the A50s and its predecessor, you will find out that it slightly underperforms than the A50.

We were left with a 28% battery juice after lots of video recording and photo taking, internet surfing and a few rounds of games (Some with high graphic demands). On our HD video loop test, the Galaxy A50s was able to deliver us with 13 hours, 16 minutes.

Just like we mentioned above, the Samsung Galaxy A50s has two models though the major difference here is their RAMs. The first model which happens to be the Galaxy A50s with a 6GB RAM and internal storage of 128GB and is selling for Rs 24,999.

Meanwhile, the second model is the Galaxy A50s with a 4GB RAM and an internal storage space of 128GB storage and is currently sold for about Rs 22,999.

The new smartphone is presented in three different color options which happen to be the Prism Crush Black, Prism Crush Violet, and Prism Crush White.

You can easily purchase this smartphone from Flipkart which happens to be Samsung’s online store as well as other authorized Samsung smartphone dealers offline stores around your region.

There is nothing new on the Samsung Galaxy A50 when it comes to user experience and the specifications of the smartphone. It is still the same old stuff from its predecessor, the Galaxy A50.

Despite bearing the same stuff with its predecessor, everything on the smartphone, including the software and hardware feels polish and responds very well.

The only notable new stuff on the Samsung Galaxy A50s is its 48-megapixel primary camera sensor which I can testify produces very impressive shots in daylight. But, when we tested the low-light performance of the Galaxy A50s, we were a little bit disappointed because it produced images far from what we expected.