Finally, the much anticipated Samsung Galaxy A8+ (2018) has arrived. The smartphone is the company’s latest mid-range phone in its ‘A series.’ The smartphone will be available in January 2018. 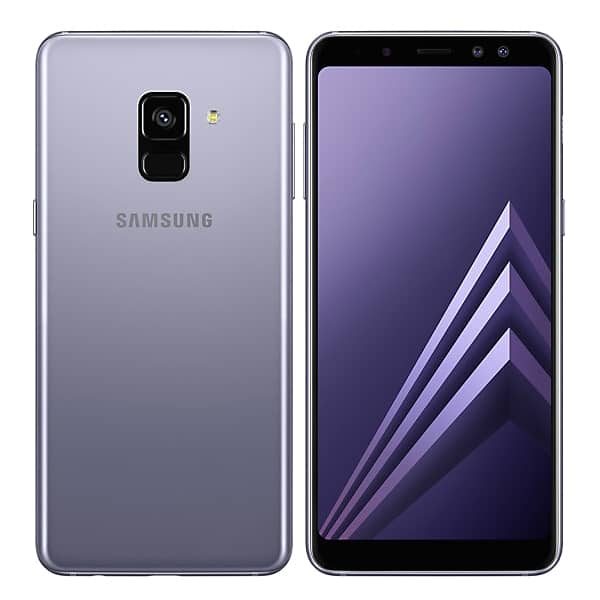 The Samsung Galaxy A8+ 2018 is the first smartphone to adopt the Infinity Super AMOLED display after the Note8. The only difference in screen is that it employs the FHD+ screen instead of Quad HD+ screen and arrives with an 18.5:9 aspect ratio. This smartphone is also the first Samsung smartphone to arrive with a dual front camera. Without wasting much time, let’s see if this smartphone is worth what it sells for.

The Galaxy A8+ arrives with a vast a 6-inch Full HD+ Super AMOLED Infinity display and a resolution of 1080×2220 pixels and at about 410 PPI. The device has a screen-to-body ratio of about 75% while the screen aspect ratio is 18.5:9. Just like the Galaxy S8, the corners of this smartphone are all curved.

The screen a Blue light filter which reduces eye strain by limiting the amount of blue light emitted by the screen just like the ones we see in other top-end Samsung phones. Meanwhile, the top front side of this smartphone is packed with a lot of sensors which includes the LED indicator, our usual proximity and ambient light sensors, the front-facing dual camera and the gyroscope AKA magnetometer for VR.

The Samsung Galaxy A8+ 2018 also supports Face recognition, which may not be too responsive in poor lighting, if you put on glasses, heavy makeup or put on hats. This smartphone weighs 191 grams and also comes with a water/dust resistance feature.

This smartphone is built with both aluminum and glass. On the right-hand side are the loudspeaker grill and the power button. Turn over to the left-hand side, and you will find the volume rocker and the primary SIM slot. The under of this device houses the USB Type-C port, 3.5mm audio jack, and the microphone. There is also a secondary SIM slot which comes along with a microSD card slot.

The back only houses the single camera, the LED flash, the fingerprint sensor which is easier to locate with your finger and the company’s logo.

The Samsung Galaxy A8+ (2018) sports a single 16-megapixel rear camera sensor which is accompanied by a LED flash. The camera is Samsung’s ISOCELL S5K2P6SX sensor, 1.12µm pixel size, 1/2.8? Sensor size, f/1.7 aperture, and 78-degree FOV, sadly the camera doesn’t come with an OIS.

The dual selfie camera comes along with the Live Focus feature that allows you to adjust the bokeh effect – change the depth of field – the aesthetic quality of the blur produced in the out-of-focus parts of an image. It also allows you to control and manipulate the intensity of the overall blur effect and apply it after capturing the photo in the Gallery app or before taking the image in preview mode. There other nice features that the camera comes in with.

The Samsung Galaxy A8+ (2018) arrive with a 6GB RAM that ensures a lag-free performance. There is still the Mali-G71 GPU that is in charge of graphics. Overall Performance of this device is good and without lags. Nevertheless, when it comes to the gaming performance, this device is not on par with other phones of the same price range.

The Samsung Galaxy A8+ (2018) houses a powerful 3500mAh battery which I think is small for a powerful smartphone of this kind. The battery is sure going to see you through the day even with heavy usage. An average usage will ensure you have a two days battery life from just one-time charge.

The battery features a fast charging technology and can offer you Up to 23 hours (3G) for Talk time and Up to 73 h for Music play.

The Samsung Galaxy A8 Plus comes with an affordable price tag though the price has been kept too close to its flagship line up. All things being equal, you will be able to purchase this mid-range smartphone with about $520 which is equivalent to NG 188,390 Naira.

The Samsung Galaxy A8 Plus brings in other nice features from the Galaxy S lineup including the Samsung Pay and 18.5:9 display, while introducing the new dual selfie camera.

It also comes with an excellent battery capacity that can take you for two days with average use. The smartphone even ships in with the best of the Galaxy S series, while maintaining a moderate price tag, which will ensure unrestricted accessibility to a broader audience.