Every year we get to see a smartphone that brings about an entirely new trend in the smartphone manufacturing industry. Last year it was the Vivo apex, it brought about the possibilities of having a full view display without having a notch. Similar to trend makers from past years, the  Samsung A8s may have just begun a new trend. The Samsung galaxy A8s is the first smartphone to feature o-infinity display, popularly referred to as a hole punch display. 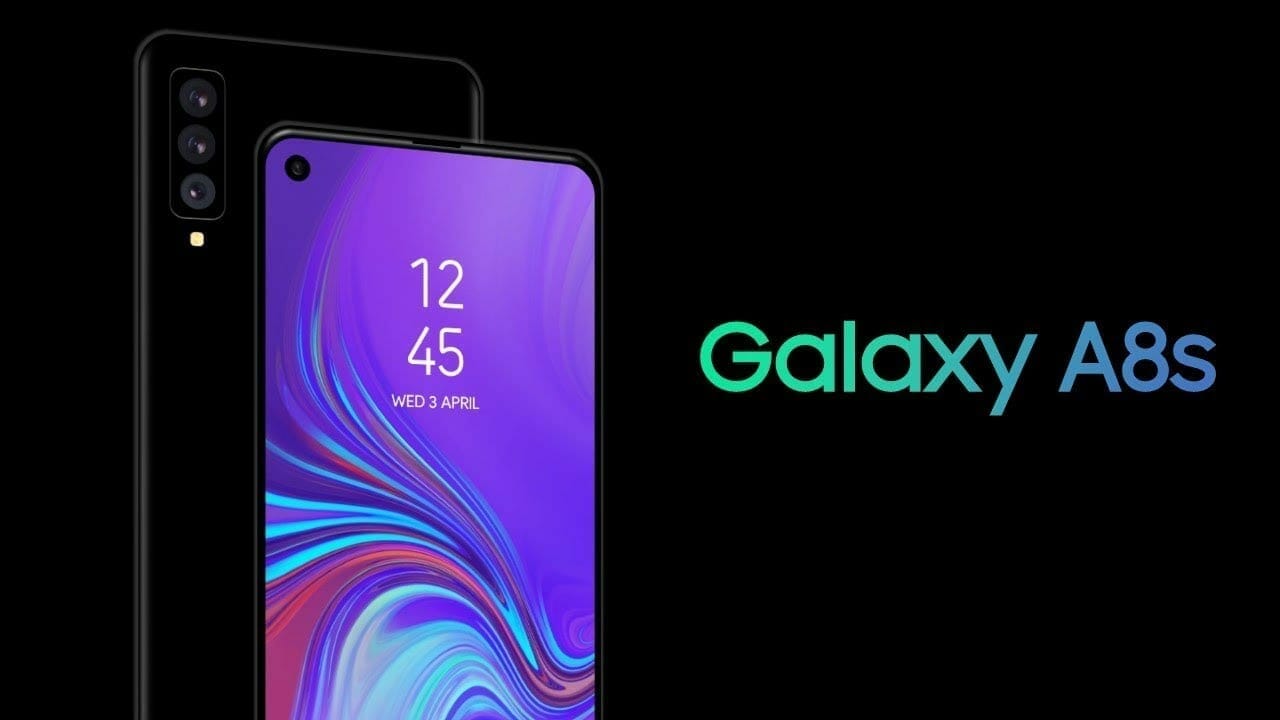 The Samsung Galaxy A8s is built with glass just like we have on new flagships. Meanwhile, the frames of this smartphone are made of aluminum measuring 7.4mm in thickness, and though it is not an ultra slim phone like we have in most smartphones, yet it is optically appealing.

Like I mentioned above the Samsung Galaxy A8s features a horizontally positioned triple camera at its back. There is also a fingerprint sensor, a LED flash and the company’s logo at the end. I was able to notice the absence of our beloved 3.5mm jack, what I was left with was the USB Type-C port.

I earlier mentioned that the Samsung Galaxy A8s ships in a Triple camera set up at the back which is not yet a standard feature but fast growing on most OEMs like Samsung, while Huawei began the concept with the Huawei P20. The triple camera is made up of a 24MP camera with an f/2.4 aperture, the second is a 10MP telephoto camera with an f/1.7  aperture, and lastly, we have the 5MP depth sensor.

Meanwhile, the front-facing camera AKA the selfie camera which is dug inside the screen is a single 24MP camera sensor with an f/2.0 aperture and other nice features.

The Samsung A8s is a mid-range smartphone so you don’t expect it to ship in with that high-end internals. Notwithstanding, the Samsung A8s arrives with fairly strong internals which is due to rank somewhere at the top of the lot.

Powering this device is a Qualcomm Snapdragon 710 processor which is sure to offer reliable performance. There are two versions of this device, the one with the 6GB RAM and 128GB internal storage, while the other is an 8GB RAM version with 128GB for storage of photos and other important files.

For those who are not satisfied with the 128GB for storage, you can still expand the storage by up to 512 GB using an external micro SDcard. There is also the presence of the  Adreno 616 GPU which is for the handling of graphics, and this means that gaming will do quite well on this smartphone. The Samsung A8s runs on the latest Operating System, the Android 9.0 Pie OS.

The Samsung Galaxy A8s is powered by a moderate 3, 400mAh battery capacity that is capable of carrying you through the day. The battery is okay for your normal everyday work. But if you apply intensive use, you may likely not make it through the day or luckily be left with about 8% to 10% battery juice.

Samsung Galaxy A8s does not support wireless charging, but it comes in With the fast charge technology to cut down on charging time.

The smartphone is not currently available for sale, but it is expected to come in with a price tag of about 180, 000 Naira which is equivalent to about $500 depending on the deal and your location.

The Samsung Galaxy A8s is a mid-range smartphone, but there are features that this device comes in with that makes it stand out. The smartphone has been so far able to take a giant step towards achieving an absolute all-screen display.

There are many reasons why you should consider this smartphone and one of the reasons is that the smartphone ticks all the right basic boxes ranging from the sleek design, powerful cameras, lag-free performance and more.