It’s finally available, after the series of unending rumors, leaks, and so much more, the Samsung Galaxy Note 9 has been officially unveiled. 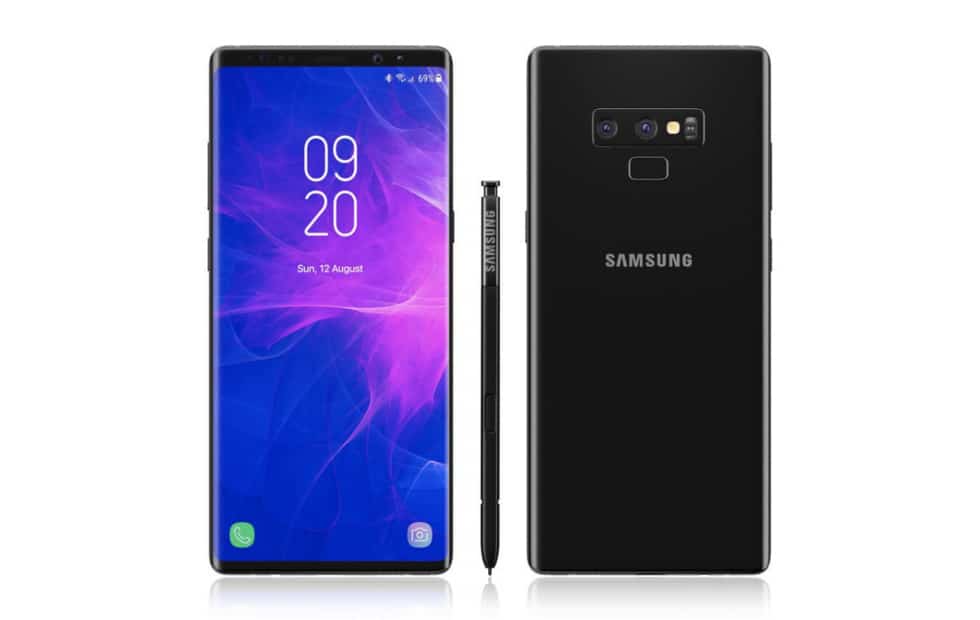 Though we already have a lot of knowledge about this device as a result of the various leaks and rumors even before it was officially announced. And there is more to be talked about. Like, why should I use this device? How many colors does it come in? During our hands-on preview was this device an impressive one?

Just stick with us and all the above questions and many more will be answered right in this article. Without wasting any more time, below are the answers to all you need to know about the Samsung Galaxy Note 9.

When it boils down to the design, the Galaxy Note 9 has a slightly unnoticeable larger Super AMOLED display. The edges of the Galaxy Note 9 still retains those slight curves with Edge Panel support; making the screen protectors a bit challenging to install.

The design of the Galaxy Note 9 is not far different from the Note 8, it only features some exceptions like the S Pen and its Bluetooth radio and capacitor.

The Galaxy Note 9, S Pen can be used for all S Pen functions even when the capacitor has been fully drained, the only difference is that you wouldn’t be capable of using the remote functions.

Currently, there are only two colors of this device available in the US, the Ocean Blue, and Lavender Purple. Meanwhile, outside the US, you can find black and copper variants inclusively.

While the 3.5mm headset jack is quickly disappearing from modern mobile smartphones, Samsung remains one of the few that still includes it. Though I am currently getting obsessed with the Bluetooth headsets, my sister’s noise-canceling earbuds I occasionally go out with use 3.5mm. Fortunately enough Samsung features the wired earbuds with AKG tuning.

The Samsung Galaxy Note 9 still features a Bixby button by the left side of this device, and it can’t be programmed to do anything else other than the one originally assigned to it, but thankfully, it can be turned off. 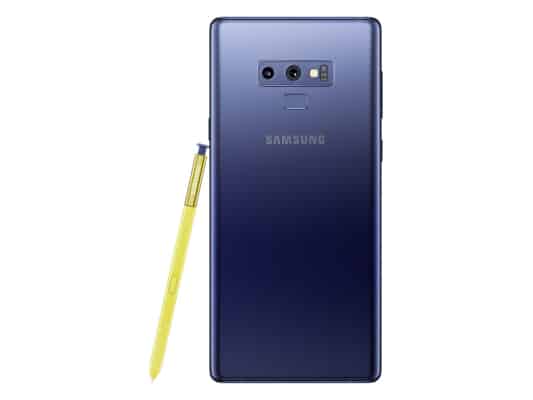 Like the S9 Plus, the main camera sensor of this device features an OIS (Optical Image Stabilization), with a small amount of RAM that will help speed things up and 1.4µm pixels.

One nice feature of the main camera is its dual aperture, which lets the camera change depending on the environment; If you want to take photos in the dark, the lens opens up to f/1.5 in order to let more light in, which helps in giving you a brighter picture. But, if there’s more light, it will change to the f/2.4.

This device also features the Samsung camera app, without the overwhelming or clunky feelings. For those people who like to take greater control of there shots, there is a Pro mode for you, which you can manually switch the aperture, and other features like the slow-motion video, panoramas, and hyperlapse.

It also supports a 4K video recording which gives you a very good result: high-resolution footage that can be taken in both 30 or 60fps, stable and stead.

Unlike Google who named their recent version of processor Android Pie, the recently launched Samsung Galaxy Note 9 operates on the Android 8.1 Oreo and the Samsung Experience 9.5.

It’s not news to know that Samsung devices are always ahead of Google in terms of software releases that comes with great features and functions specific to Galaxy devices. And this time is no different, Samsung added the Google Android pie features like the hotspot timeout, the adaptive brightness, those magnifier pop-ups that you see during text selection and so many other features on the Galaxy Note 9.

Fortunate enough, Samsung usually adds its own Gallery app that enables you to manage your photos and also carry out
advanced editing on the content of your camera. The Google images are very nice, but when boils down to editing those images there’s nothing to write home about and this is another place that the Samsung has an edge. There are lots of unique features that Samsung cameras come with, like the super slow motion video creation.

This device has been performing well for some weeks since I started using it and you notice its good performance when watching videos, playing high-quality games like the Fortnite and listening to music and a whole lot of stuff.

Samsung was unsuccessful with the Note 7, but then made a little adjustment on the battery capacity of the Note 8. Coming to the Note 9, Samsung fully went in and offered a whopping 4,000 mAh battery life that has gotten every moderate user through every single day.

The Samsung Galaxy Note 9 battery life is sure a significant bump from the one of last year. The 4, 000mAh on this device will certainly deliver more gaming time and general usage. And if I can recall vividly, the only other smartphone that has been so far able to do this for me is the Huawei P20 Pro which also comes with a 4,000 mAh battery.

The Galaxy Note 9 also features a Quick Charge and the Qi wireless charging. And this is one of the features that make up a 2018 flagship and it is very much needed in order to power other features on the smartphone.

For those who enjoy a bigger screen, this device is for you. The Samsung Galaxy Note 9 only got bigger and better in every way than the previous Note phones, this device comes with a larger 6.4-inch screen, longer lasting 4,000mAh battery, and a whopping 1TB worth of storage option. We already know that Samsung is known for their good cameras but this time, the cameras are slightly better, the Samsung Galaxy Note 9 features stereo speakers and it is the first for the Note, the Bluetooth S Pen can be fun especially with the remotely customizable shortcuts. In conclusion, this smartphone is that perfect device you have been waiting for, but its expensive and its price is higher than that of an iPhone XS Max. But, this is a great phone in every aspect.