We have been following the Sony Xperia 1 ever since it first started of gossips and rumors. But, today we will be giving you a full review of the whole specifications, features, price and where you can possibly buy this smartphone from. 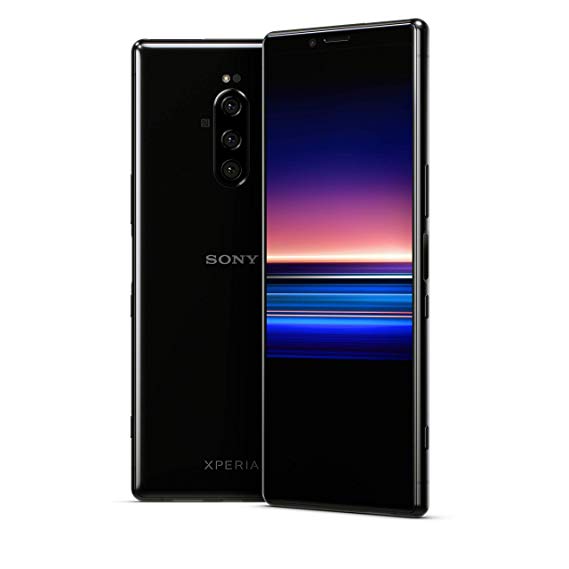 The Sony Xperia 1, was announced on February 2019 and during the launch, we had expected to get the exact date for the release but Sony mentioned the price neither did they announced the release date of this smartphone.

Despite not announcing the date, some of the company’s partners have already begun to take pre-orders on the device and we have been able to get the estimated price. Nevertheless, retailers have also started to take pre-orders, and yet the official date of shipment has not yet been announced by Sony.

The Sony Xperia 1 has many new interesting features that it comes in with and without further delays let’s see all the selling point of the Sony Xperia 1.

Looking at the back of this device, you will find the 6.5-inch 8+2-bit OLED display screen which the company says is the best and the first that has ever been featured in any of their smartphones.

The screen has a 3840×1644 resolution and also boast a 21:9 aspect ratio and the screen, in general, has been said to have accurate color production. Still, on the front, you will find the single 8 Mega Pixel camera with an f/2.0. The front camera is accompanied by a powerful LED flash.

When you take a look at the back of this smartphone, you will find the amazing triple camera setup with a LED flash which is on top of the vertically arranged camera set. On the back, you will see the company’s logo.

On the right side of the smartphone, you will also come across the volume rockers and the power button. I checked around to see if I could see the 3.5mm jack, but unfortunately, it was nowhere to be found.

The smartphone will be coming in with three color variety which is the Black, Gray, Purple, and the White color. other things on the smartphone still maintain their ancestral positions.

The cameras of the Sony Xperia 1 is another point we ought to take note of. On the back of the smartphone is comfortably seated a triple vertically placed camera setup which has a powerful LED flash on top of the setup.

The primary camera setup comprises of a triple 12-megapixel camera with the first one which is the main camera having an f/1.6 aperture, while the remaining two cameras have an aperture of  f/2.4. The cameras also come in with many exciting features such as OIS, 2x optical zoom, predictive Dual Pixel PDAF and more.

Coming over to the front side of the newly announced device, you will find the single selfie 8 Mega Pixel camera that has an aperture of f/2.0 and can be used to take clear and bright images. The images taken with the cameras hold a reasonable amount of details.

The Sony Xperia 1 is hardly lacking behind in any specification, and the performance is not an exception. The Sony Xperia 1 runs on the latest Operating System, the Android 9.0 (Pie) and powering the smartphone is powerful Qualcomm SDM855 Snapdragon 855 (7 nm) chipset which is accompanied by a 6 GB of LPDDR4X. There also a 64 or 128 GB of NAND flash memory.

The Sony Xperia 1 supports 4G/LTE, Bluetooth 5.0, A-GPS, BDS, 802.11ac Wi-Fi, NFC, GALILEO, GLONASS, and other impressive functionality, though the Sony Xperia 1 is not a 5G smartphone.

The smartphone also uses many technologies as well as the plethora of Sony-developed algorithms to enhance its display, audio, imaging capabilities, and others.

Powering the Sony Xperia 1 is a powerful high capacity 3330 mAh battery, which is certain to take you through the day with moderate usage.

The battery comes in with other thing features that help maximize it. One of the features of the battery is the Smart Stamina which helps to predict how long the battery will take you and what it does is to adopt the energy usage in order to fully maximize the time in which the battery will last you.

I earlier mentioned that the official price for the Sony Xperia 1 has not yet been released as of the time of writing though I also mentioned that some of the partners of the company who has already pre-ordered the smartphone have been able to give out the price of the smartphone as $1,110.
Currently, you can retailers are pre-ordering the smartphone from big online stores such as Amazon and many others, so, you can pre-order yours today.

If you went through this review very well, you should already know that Sony Xperia 1 has tonnes of things to offer, but should in case you still need an extra conviction, then you need to purchase the Sony Xperia 1 because it features the Android 9 (Pie), Qualcomm Snapdragon 855 Mobile Platform, moderate battery with both fast and wireless charging technology and so many things more reasons to purchase and use the smartphone.