Tecno mobile is a Chinese based smartphone making company. They have been impressive in recent time with their amazing smartphone which made their respective users happy. Tecno Mobile are doing all they can to make sure they beat the likes of Samsung and iPhone In terms of smartphone manufacturing. 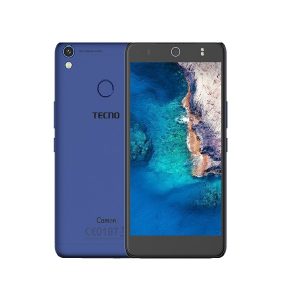 Tecno boast of the amazing smart device which comes with attractive features. The Tecno Camon CX is something you can not just let go considering its eye-catching Features. Know it that It is a direct successor of the Tecno Camon C9 and offers a stripped down and a sleeker variant called the Camon CX Air.

In a comprehensive article, we will be looking at Tecno Camon CX. The smartphone was launched on March 23, 2017. It has all it takes to make you happy. Give it a try, you will not regret it. Stay calm and go through the article in other to know the smartphone better.

Tecno Camon CX is been built up with a metallic body, it will also boot the latest Android 7.0 Nougat right out of the box. Please have it at the back of your mind that this happens to be the first device from Tecno that has Android Nougat.

The user interface is customized with HiOS 2.0. Tecno is reportedly planning on providing an Android 7.0 Nougat upgrade for Camon C9. Talking about colors, The smartphone comes in White, Black, Blue color variants.

Talking about performance, you really don’t have an issue at all.Tecno Camon CX runs Android 7.0 (Nougat) on the 1.5GHz octa-core MediaTek chipset. Also, the smartphone has 2GB RAM and 16GB internal storage. It supports up to 128GB microSD memory card.

Furthermore, the newly launched smart device spots a fast fingerprint sensor that unlocks your phone in as little as 0.1 seconds. Tecno Camon CX supports 4G LTE on all LTE networks in Nigeria including Glo, MTN, NTel, Etisalat, Smile, and InterC.

Tecno has been known for producing more reliable battery capacity. In terms of battery capacity, Tecno is good to go. Tecno Camon CX packs an impressive 3200 mAh Li-Polymer battery which is said to feature a light speed charge.

The Chinese OEM said, Tecno Camon CX  give you up to 70% of battery juice and also, 10 minutes of charge can standby for a whole day. The device is also said to have a super screenshot, not really sure what this feature is all about but it sounds a bit interesting.

One of the best factors people consider before getting a smartphone is the Camera. Well, without wasting much of our time, Have it at the back of your mind that Tecno Camon CX sports a 5.5-inch display with 1080 x 1920 pixels resolution. This puts it at the same size and pixel density as its predecessor.

Talking about camera, The new smartphone Tecno Camon CX packs a 16 megapixels camera on the back and 16MP at the front for a selfie. Tecno Camon CX is carrying on the legacy. The C9 came with a 13MP camera. So, if raw specs are anything to go by this new camera should offer some improvement.

Having said little about the smartphone, It is important we make it known to you that some persons are now interested in purchasing this smartphone. Tecno Camon CX can be purchased via our online stores for a price of $150 and N54,000 In Nigeria depending on your area.

Tecno Camon CX is a good smartphone you can make use of. It has the ability to keep you comfortable considering its amazing Specs which has drawn the eyes of many,