Tecno Phantom X vs Samsung Galaxy A72: Which To Buy

The Tecno Phantom X vs Samsung Galaxy A72 which would you pick as your daily driver? Well this decision requires a some analysis, which would be carried out in this article under different headings, in a bid to help your make your purchase decision.

Design and Build and Speakers 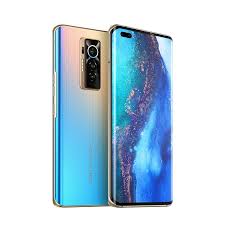 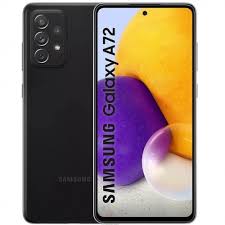 The Galaxy A72 is made out of plastic, has this cheap-looking vibe to it, and is not really anything special or out of the ordinary as far as looks go.

While the TECNO Phantom X has a slim aspect ratio which makes it a more comfortable smartphone to use, it’s made out of glass on both sides and has a curved display that tapers to the side, reminding you of the flagship device from Samsung some years back, the S8+, making the Phantom X the better-designed smartphone.

Some similarities for these smartphones include both still retaining the headphone jack, dual SIMs with dedicated micro SD Card slot for memory expansion, having 5 cameras, and both having in-display fingerprint sensors.

Must Read: Phones That Can Use Android 12 Right Now

Speaking of the fingerprint sensors, the A72 has it placed more to the bottom of the screen where users would find it a little more difficult to reach for unlocks, and also, it tends to animate a little slower than the Phantom X.

The one area where I prefer the A72 in terms of design choice is the stereo speaker configuration unlike the single down-firing speaker from the TECNO Phantom X.

With these smartphones being large, you get 6.7″ Super AMOLED panels on both, but the Phantom does not feel as large because the display wraps to the side. The resolution on both is Full HD+, quite bright with Samsung being brighter, but the colors tend to favor the Phantom X as it gives this richer and more contrast look to the images.

Fluidity on display is the same for the Galaxy A72 and Phantom X as they refresh at up to 90Hz.

Must Read: 7 Best Android Gifts For Friends and Family

I love curved displays and would pick the Phantom’s display over the A72’s, because of that better contrast, slightly slimmer aspect ratio, position of the in-display fingerprint sensor and the wrap to the side which is my preference. I’m curious, which would you pick?

For the cameras, you get 5 cameras on these smartphones in slightly different configurations. For the Phantom X, it ranges from the 50MP main lens, 13MP telephoto, 8MP ultra-wide at the rear, and two 48MP and 8MP wide cameras for the front configuration.

The Galaxy A72 also gives you 5 cameras, but 4 at the rear which are 64MP main lens, 8MP telephoto, 12MP ultra-wide, and 5MP macro lens, and a single front-facing 32MP camera.

From the main lenses on these smartphones, you get nice looking photos; the major difference between both would be the richer coloured and saturated look from the Samsung.

The colours from the TECNO main lens feel a little toned down, although could be boosted or corrected to look like the Samsung, but that would be an extra step. Samsung photos on the other hand seem to have this extra processing to give you a better look.

For me, the Phantom X has the best TECNO Camera so far, and does a really nice job in terms of the dynamic range, but once there is a really sharp contrast with subjects, it favours one over the other, and would sacrifice one part to balance for the targeted exposure.

This is one aspect where Samsung does a better job and I feel that TECNO could improve on the camera with a software update. I believe the hardware is not really a major problem here.

Videos can be recorded at up to 4K in resolution on both devices and they look fairly okay for the average user, but here again, there’s like a red tint to the video from the TECNO both in the front and rear instances.

So for the camera, Samsung takes the lead as the better camera device. I actually don’t see the need for the wide front facing camera from TECNO, it is not worth the extra space, the main 48MP sensor was just enough.

While both devices run on Android 11, Samsung’s variant of Android, One UI clearly looks cleaner than HiOS. Of course, Samsung has promised up to 3 major OS updates for the A series this year, and for TECNO, based on their track record, we might not be expecting this sort of support.

Must Read: Benefits of Crypto Currency and How to Start Using It

Even though both devices I have here come in 8GB of RAM and you get 256GB of internal storage at the maxed out level, the Helio G95 chipset found on the TECNO Phantom X has a slight advantage over the newer Snapdragon 720G chipset within the A72.

Samsung’s processor is smaller and hence more efficient in terms of power consumption, the Phantom X’s processing capability is a tad better as can be seen from various benchmarking apps.

One thing to note is that for day to day activities, I doubt users would ever notice any difference in performance for these chips.

The few hundred mAH the Phantom loses in it’s battery capacity, it does make up for in its charger as you get a 33W fast charger, while the Galaxy gives you a 25W fast charger.

Both devices would last you through a full day of average use, and you can quickly juice them up over the night. So, you definitely have no problems with the battery from whichever one you pick.

The reason you might consider the Samsung as far as price is the fact that you can get the base storage of 128GB for around N198,500 or $400. So a lower priced option with the trade-offs being half the storage.

Which Should You Buy

Here’s my short verdict, if you need the better built smartphone, something that screams premium or better quality in terms of looks and design, a smartphone that is quite sleek and comfy to use, the better and contrast display, and you really don’t mind spending that extra money, then the TECNO Phantom X is the device to purchase.

But, if you otherwise want a consistently better camera system, especially for those front-facing cameras, and want to be sure of major OS updates in the future, pick the Galaxy A72 instead. What do you think? Let us know in the comment section.