We are right back with yet another one for you and this time it is another low budget phone from one of the Chinese mobile manufacturers, Tecno. 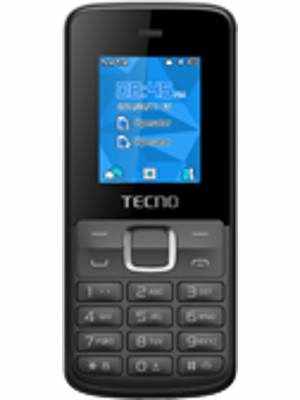 Tecno T345 is the name of the new feature phone that Tecno decided to roll out into the mobile market, and this time it is once again another low budget phone and this is not something new to us.

Read on so we can show you all the various specification that this newly released device, Tecno T345 (Announced on February 2014) comes with.

The phone also comes with a single camera that is at the back of this device and unlike most phones of its category, the Tecno T345 does not arrive with any Flash. At the front of this device, you will see the 1.8 inches screen and the Classic keyboard seated beneath it. The device does not come with a front camera. There is also the presence of our lovable 3.5mm jack and the loudspeaker that is located at the back of this phone.

You also get to see the company’s logo sported just below the screen, just like a bridge between the screen and the classic keyboard.

The Tecno T345 comes with just a single camera that is featured at the back of this device. The primary camera is 0.3MP and has a resolution of 640×480-pixel and doesn’t come with any flashlight.

Meanwhile at the front of this device is just the screen and classic keyboard, that simply means that there is no front-facing camera on the Tecno T345.

Here are all you need to know about the performance of the Tecno T345. This phone runs on the MOS Operating System and comes along with a 4MB RAM and a 4MB internal storage.

The good thing about this phone is that the internal 4MB storage can also be expanded up to 32GB with a Micro SD card.

The Tecno T345 comes with a price tag of $18 which is equivalent to 6,600 Naira in Nigerian currency.

You can purchase this phone from any Tecno phone distributors around your region.

You can purchase this device from online stores like Konga, Jumia if you stay in Nigeria.

The Tecno T345 is a very low budget phone with all the basic specifications in a feature phone.