It’s another edition right here from Tecno, one of the biggest Chinese mobiles manufactures, and they called this new feature low budget phone, Tecno T604. 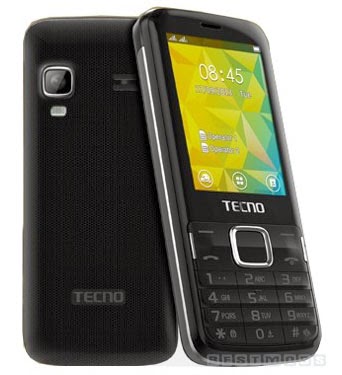 The Tecno T604 was released on November 2013 by the budget king (Tecno). This device comes along with some interesting features that will be further discussed in other sections. Just keep reading to see all the amazing specifications that the Tecno T604 comes along with.

The new feature phone from the budget king, Tecno is built with a plastic material and also arrives with our lovable 3.5mm jack.

The phone has a body Dimensions of 155 mm for Height, 51 mm for the width and finally, 14 mm for its Thickness. The back of this device spots the primary camera that is seated at the left-hand side close to the Flash. Opposite the camera is the loudspeaker.

The front of the Tecno T604 spots the 2.4 inches screen and the classic keyboard that is under the screen.

The Tecno T604 comes in four color varieties, the White, the Black, Ash, and the Pink. In the box, you will get a Charger, Earphone and USB Cable. Now let’s get down to the camera section of this device.

The Tecno T604 ships with just a single camera that is seated at the rear of this device. At the back of this device is where you see the 1.3MP, which has a resolution of up to 1280×1024 pixel pictures. The 1.3MP primary camera also comes along with a LED flash for a brighter photo.

Sadly, the Tecno T604 does not house any front facing camera and I don’t blame it, after all, it’s just a feature phone and not a smartphone, so don’t be too demanding.

The Tecno T604 ships in with the MOS Operating System and is assisted by a whopping 64MB RAM. The phone has an internal storage of 128MB that can be expanded up to 32GB via the MicroSD Card.

This phone also comes prepared with Preloaded applications like the Opera Mini, Palmchat and 2go. It also comes with other features such as the Calendar, Organiser, Clock, and Alarm Clock.

The Tecno T604 has a price tag of $32 which is the same as N11,600 in Nigerian currency. You can purchase this device on Konga, Jumia, and other Offline stores around your region. Or better still, locate any Tecno phone distribution outlet near you.

The Tecno T604 from my own point of view has all the basic specification that one can possibly look out for in a feature phone. It comes with a dual SIM, a camera, an average battery life and other basic specifications that is in a phone.