After much anticipation, the Vivo S1 has been officially announced and it comes in with a host of interesting features that you may find interesting.

The new smartphone was announced in March 2019 and comes in with a very large display, Pop-up mechanized selfie camera, nice processor, fast charging technology, 6GB RAM. The Vivo S1 is actually a mid-range smartphone which looks more like 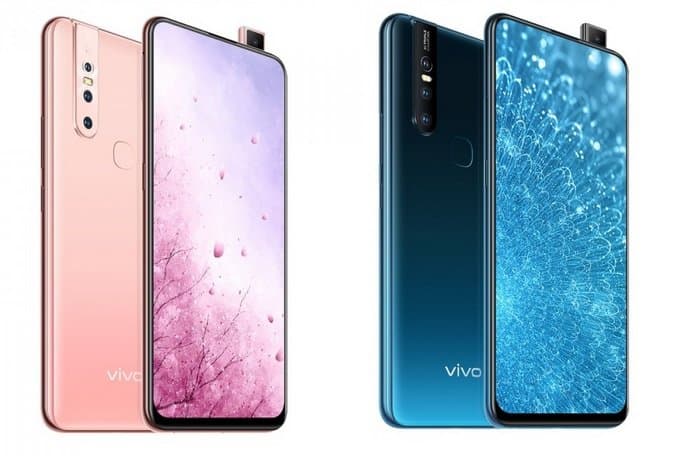 the V15, which was dished out to the public a few weeks ago. They both feature almost the same hardware, with other similarities, though there are other notable differences that widely differentiate the smartphone.

Without taking too much of your time, let’s go into the review of this smartphone in proper and list out the specifications, features, price, pros, cons, and everything that you need to know about the new smartphone.

The Vivo S-series is the most recently added series, and the Vivo S1 is the first member of the S-series family. Like I earlier mentioned, the smartphone has the same hardware features with the Vivo V15.

At first, you think there is literally no selfie camera, but when you observe very well, you will observe that Vivo used a motorized pop-up selfie camera. The smartphone also features a body dimension of 161.97 x 75.93 x 8.54mm and finally weighs 189.5 grams.

But under the hood, the smartphone only arrives with two different color options which consist of the Blue color option and the Pink color option.

When of the selling point of the Vivo S1 is its cameras that are able to offer you awesome and well-detailed images. The smartphone comes in with a total number of four cameras which consist of the triple primary camera shooters and the single mechanized pop-up camera shooter.

The selfie lovers still have their own share in the camera package that the smartphone comes in with. Under the hood, you will not notice any selfie camera at first, until you decide to take a selfie, then you will observe that there is a single motorized selfie camera, which is a 24.8-megapixel shooter. One of the awesome packages that all the cameras come with is the AI-features.

The new smartphone’s AI face beauty allows the camera to identify 103 basic facials for capturing selfie images. The camera also comes with the ability to automatically adjust the body proportions as you are taking the shots or videos.

When it comes to performance the Vivo S1 delivers and every normal smartphone user will certainly be comfortable with. Under the hood, the device uses the MediaTek Helio P70 processor to power the Vivo S1. The processor has the support of the 6GB RAM which will ensure that you will not experience any lag during multi-tasking and other performances.

The smartphone comes with just one storage option which is the 128GB of internal storage, which can be further expanded up to 256 GB using a micro SD card.

The company also integrates their Jovi AI-based voice assistant on the Vivo S1, and you can activate it by pressing the dedicated button which is positioned on the left-hand side of the smartphone.

The Vivo S1 also comes in with a host of connectivity and network which consist of the Wi-Fi 802.11ac, 4G VoLTE, micro USB 2.0, dual-SIM support, GPS, our lovely 3.5mm jack and the Bluetooth.

Powering the Vivo S1 is a powerful Non-removable Li-Po 3940 mAh battery which is capable of taking you for the whole day even with intensive use. The new smartphone supports the 18W dual-engine fast charging technology.

From all the specifications and features that the Vivo S1 offers, I believe the smartphone will be okay for anyone who wants to use a smartphone for general purposes like taking beautiful images, running programs, making calls, surfing the internet and others. The smartphone is just simply awesome and it ticks all the basic boxes that any smartphone is supposed to come in with.