Vivo has decided to bring in another member into their smartphone portfolio and this is coming after the release of two high-end awesome smartphones. The name of the new mid-range smartphone is called the V15 Pro.

The new smartphone was announced this February and is expected to arrive on the 6th of March. The Vivo V15 pro comes in with a different concept like what we have always known them to be. The new Vivo  V15 pro is the first Vivo mid-range smartphone to feature the protruding selfie camera more like a periscope selfie camera. 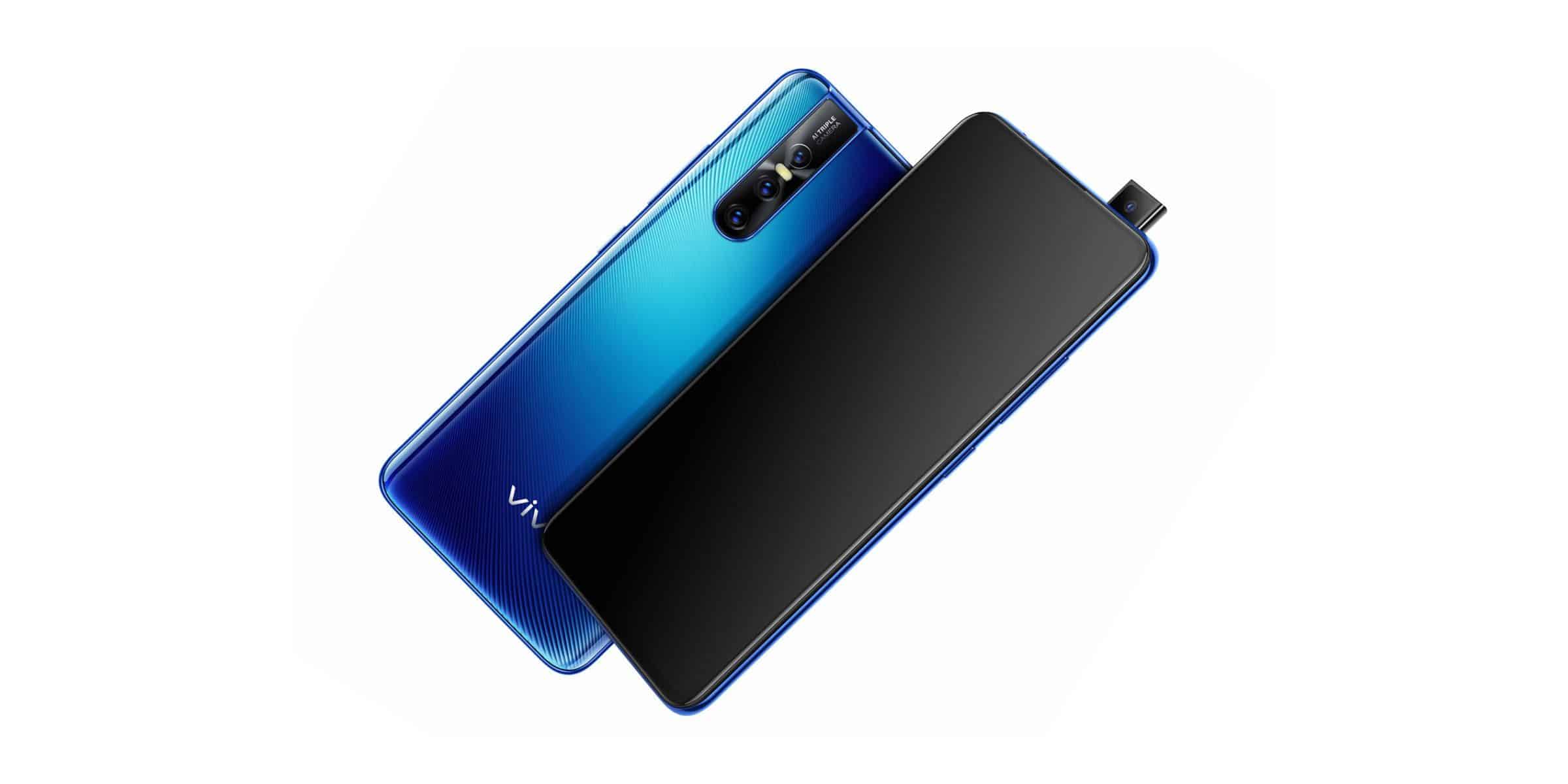 Despite being a mid-range smartphone, the Vivo V15 still has the 2019 flagship feel and also ships in with rear features that can only be found on most high-end smartphones. This smartphone comes with an all screen display, on-screen fingerprint sensor and a whole lot of things that seem to be too big for a smartphone of its class.

When it boils down to the design of this smartphone, trust me when I tell the design is completely outstanding. There is a strip pattern on the back of this device and it actually looks great on the blue gradient color.

At the front of this smartphone, you will find a nearly bezel-less front panel which is very optically appealing. Meanwhile, the notch is presently trimmed down to the extent that it can no longer contain the proximity, earpiece and the ambient sensors, which are now under the display.

Apart from the screen you and the thin bezels, the front does not house anything. Are you wondering where the selfie camera seats? Vivo actually placed the selfie camera on a motorized slider which I think is a step closer to a complete all screen smartphone. As a matter of fact, Vivo succeeded in achieving a 91.64% screen-to-body ratio.

The screen of this device is 6.39 inches and has a resolution of 1080 x 2316 pixels and feels absolutely comfortable in the hand. This device comes in two different colors which is the Topaz Blue and Coral Red.

Let’s begin with the amazing protruding selfie camera. The sensor of this camera has 32 megapixels, nevertheless, the output of the image is equivalent to an 8MP and the resolution of this camera is impressively sharp and with a very small noise.

Most people are of the opinion that the main selling point of this device is the cameras. The back of the Vivo V15 pro houses triple cameras that comprises of 48 MP with an f/1.8, 1/2″ + 8 MP, 13mm (ultrawide), + the 5 MP, with an f/2.4 aperture for depth sensing. The cameras produce awesome images and they usually hold a reasonable amount of details.

The Vivo V15 Pro has been recorded as the first smartphone to feature the new Qualcomm’s mid-range powerhouse which is the Snapdragon 675 chipset.

The new powerful chipset comes along with eight newly designed Kryo 460 Silver coupled with the Gold CPU cores which are known as an 11nm processor; a product of combined 14nm and 10nm parts.

Two of the Kryo 460 Gold cores are derivatives of ARM Cortex-A76 and they both clocked at 2.0 GHz, meanwhile, the remaining six Kryo 460 Silver cores and they are based on the Cortex-A55 and ticks at 1.7 GHz.

Powering this amazing smartphone is a modest 3,700 mAh, which is capable of taking you through the whole day even with heavy use.

This device also comes in with a Dual-Engine fast charging. There is an 18W charger which comes with the smartphone and is capable of giving this device an extra 38% battery juice in 30 minutes.

We really don’t know what’s your own reason for wanting to use a smartphone; but if it falls with great performance, awesome camera performance and sharp design; then the vivo V 15 pro is for you.