The Western Digital WD BLUE 3D NAND 1TB SATA M.2 drive is a SATA M.2 storage module that actually retails on Amazon right now for about $60 for the 500GB variant and a $104 if you decide to go for the 1TB capacity variant. 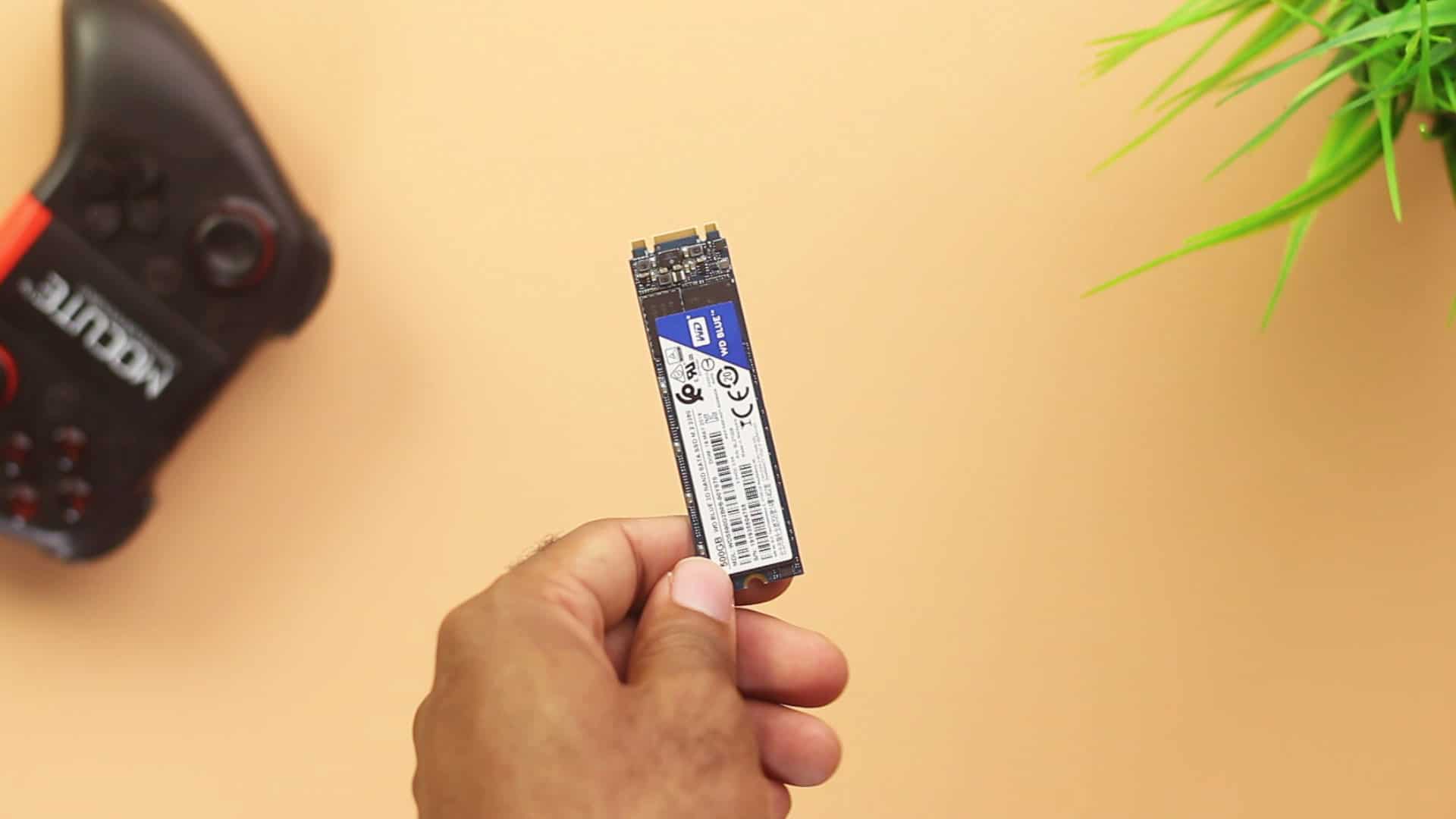 In this review, we are going to touch on the items from the box, how it performs, and if this NVME drive is even worth your money.

On opening the box for the first time, the only thing you get presented with would be the NVME M.2 drive itself, carefully placed in this plastic container. 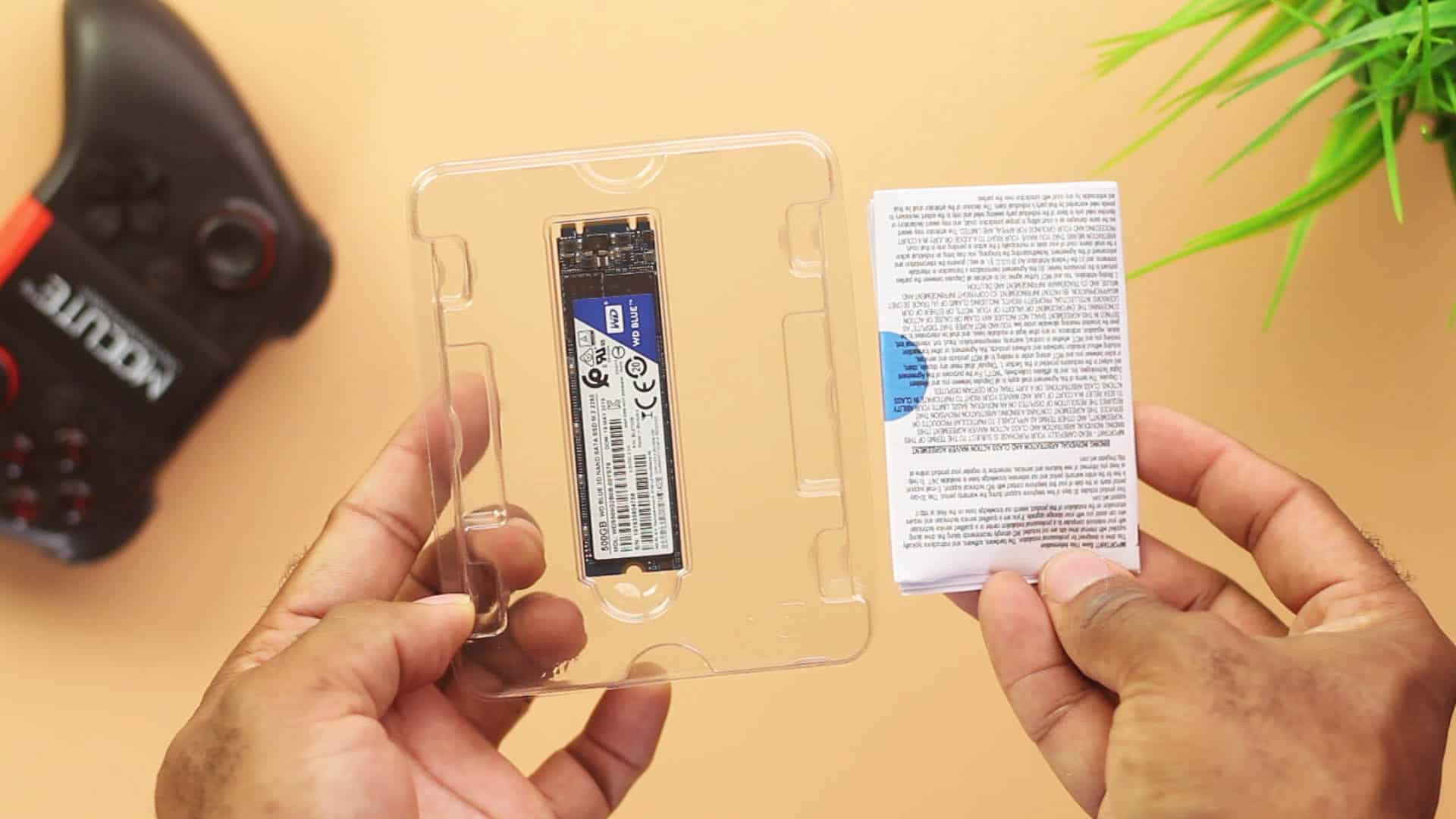 Next up is the little user guide you also find in the box and that would be all.

The design of M.2 drives, in general, is one of the most amazing reasons I love them, and that’s after you consider their read/write speeds which is my favorite feature for having these. There’s nothing more to talk about design as far as M.2 drives go, they pretty much are memory modules that look the same, and this one doesn’t feel cheaply built too.

One thing to take note of first off is the fact that, even though SATA M.2s are slower than their NVME M.2 counterparts, they are way faster than the traditional spinning drives. Not only do they let your programs run faster, they give the software faster launch times too, they also save more space since there’s no cabling for connection (they are just inserted into slots).

As seen on the box, you are to expect around 560MB/s read speeds and up to 530MB/s write speed. But after running Crystal Disk Mark test, we came to about 551MB/s for the read tests and about 532MB/s for the write test. The result isn’t afar off from what we had expected. 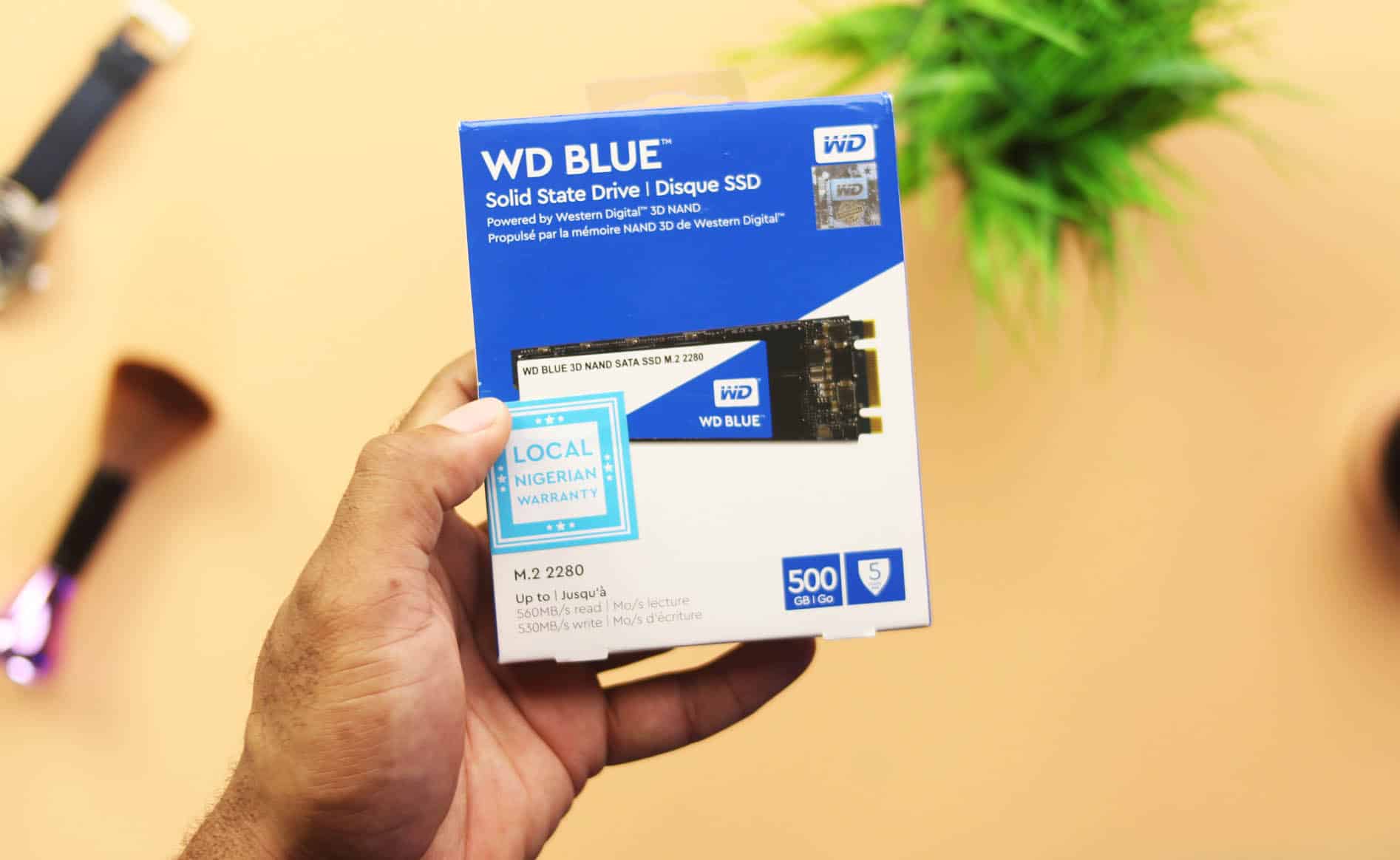 In terms of the rating you get on this thing, you are looking at a warrantied 5 years and rated for 100TBW for every 250GB. That’s actually a lot and you wouldn’t be wearing this thing down anytime soon.

The Western Digital WD BLUE 3D NAND SATA M.2 2280 drive is an amazing performing SSD for a PC build and even for caching in your NAS units. The reason we consider the WD SATA M.2 drive very much worth the buy is when you compare the performance to price ratio with other SSDs out there. You’d barely find a better SSD with such performance and better pricing elsewhere. Do let us know what you think about this SSD in the comments below.

SSDs Can Start to Lose Data After 7 Days Without Power