It is important we make it known to you that Xiaomi Corporation is a Chinese electronics company headquartered in Beijing. Also know it that Xiaomi makes and invests in smartphones, mobile apps, laptops, and related consumer electronics. 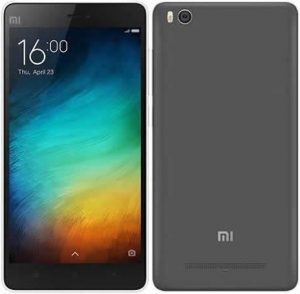 Xiaomi Mi 4c is a smartphone that arrives with amazing features and qualities. One of the trending stuff in our day to day life is the use of smartphones and various companies have taken it upon themselves to make sure they see to peoples want and desire.

Xiaomi is really doing all they can to make sure they put smiles in the faces of their respective customers. Not only that, but they are also preparing their minds to top the smartphone world thereby beating the likes of other strong competitors such as Samsung and iPhone.

Xiaomi Mi 4c is a smartphone you will really love to make use of considering specs which it comes with. Have it at the back of your mind that the Xiaomi Mi 4c was launched in September 2015.

Xiaomi Mi 4c is been built with a plastic body cover(albeit with a metal inner frame for enhanced rigidity and durability) also, the Xiaomi Mi 4C is actually really quite good-looking. A thin slab just 7.8mm thick, it has a soft-touch coating that feels great in the hand. There’s no creaking or flexing.

Bear it in mind that Xiaomi Mi 4c screen-to-body ratio is high, with some pretty slim bezels.  It also went on to pack 5-inch display screen, of about  138.1×69.9mm. It’s also lightweight, at 132g, without feeling like a toy.

Just like we said before, the smartphone comes with super qualities and it comes in attractive colors such as Black, White, Yellow, Pink, Light blue colors respectively.

Please, it is important we make it known to you that the smartphone Xiaomi Mi 4c has the same core hardware as the Nexus 5X, with a 1.8GHz hexa-core Qualcomm Snapdragon 808 64-bit chip, Adreno 418 graphics and 2GB of LPDDR3 RAM (3GB in the 32GB Advanced model). It also runs on Android 5.1.1 Lollipop, MIUI v7.0.

Furthermore, both happen to feature full-HD IPS screens, although the Nexus’ is slightly larger at 5.2in against the Xiaomi’s 5in. On paper, performance should be very closely matched.

The smartphone in question packs an inbuilt storage of 16GB, which will likely prove useful given that the pre-installed software takes up a huge chunk of that available (just over 10GB is available to the user) and the fact there’s no microSD slot.

Also, the Xiaomi Mi 4C does not support the 800MHz LTE band, meaning that O2 customers (and customers of operators that use O2’s network, such as GiffGaff) will not be able to use 4G data. The 1800MHz and 2600MHz 4G LTE bands are both covered.

If you ask me categorically, I will tell you that one of the features most smartphone buyers consider before getting a smartphone is the camera aspect. Xiaomi has recorded a good number of smartphones which has an amazing camera.

Xiaomi Mi 4C comes with 13Mp Sony IMX 258 camera with phase-detection autofocus and a two-tone flash at the rear, While at the front of the camera, it has 5Mp for selfie shooting. Have it in mind that you can also switch between the two cameras with a swipe up or down on the screen.

Another factor people consider is the battery capacity of the smartphone they are going for. Well, t is a singular honor to tell you that Xiaomi Mi 4c packs an impressive battery capacity of Non-removable 3080mAh battery that supports Quick Charge over USB-C (and is supplied with a compatible charger).

For those of you interested in owning this smartphone, have it in mind that you can purchase this device via our online, offline stores. The Xiaomi Mi 4c will be sold at About 205 USD and N75,000 in Nigeria depending on your location.

Xiaomi Mi 4c is a wonderful device which has all the qualities needed in a smartphone. You can go for this smartphone considering its staggering qualities and capabilities as well.