Before we commence, It is important we make it known to you that Xiaomi is a privately owned company that designs, develops, and sells smartphones such as Android-based OS, and other consumer electronics. Xiaomi also makes fitness trackers, TVs, air purifiers, and tablets, which makes it exceptional. 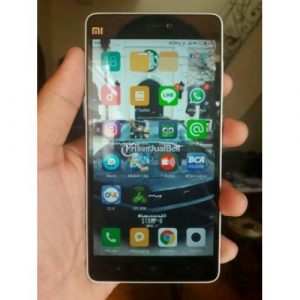 As long as smartphones are concerned, have it at the back of your mind that other smartphone manufacturers are also doing all they can in other to make sure they maintain their ground. The likes of Samsung and iPhones are not kids at all.

Xiaomi hopes to beat them someday, But for now, Samsung and iPhones are steps ahead of Xiaomi in smartphone make. It is important we reveal it to you that Xiaomi Mi 4i was said to be introduced in April 2015 with its amazing specs and features as well.

Xiaomi comes with a 5.00-inch touchscreen display with a resolution of 1080 pixels by 1920 pixels at a PPI of 441 pixels per inch. The device is been packed with a plastic body cover, and it comes in amazing color variant such as Black and  White colors respectively.

Xiaomi Mi 4i is powered by 1.7GHz octa-core processor and it comes with 2GB of RAM. The phone packs 16GB of internal storage that cannot be expanded. Also, It has a Dual-SIM (GSM and GSM) smartphone that accepts Micro-SIM and Micro-SIM.

Talking about the connectivity options, they include Wi-Fi, GPS, Bluetooth, USB OTG, FM, 3G and 4G (with support for Band 40 used by some LTE networks in India). Please also know it that it comes with sensors on the phone that is compass/ magnetometer, Proximity sensor, Accelerometer, Ambient light sensor, and Gyroscope respectively.

The camera is something I must take a second look at before getting any smartphone. To be frank with you, Xiaomi boasts of a great camera in their previous which was the main reason why people came to trust and love them.

Hence, with that in mind, Xiaomi wouldn’t take that for granted. Know it that Xiaomi Mi 4i packs a 13-megapixel primary camera on the rear and a 5-megapixel front shooter for selfies. Your picture problems are over with this type of camera.

Another factor I cannot get my mind out of is the battery capacity of any device am going for. Xiaomi is really up to something. They have the people choice in mind that is why they are doing all they can to retain their respective customers.

For those of you interested in owning this smartphone, have it at the back of your mind that the Xiaomi Mi 4i is available via our online, offline stores. The smartphone will be sold at $205 and 74,000 in Nigeria depending on your location.

Xiaomi Mi 4i is an amazing smartphone which has all it takes to make you happy considering its amazing specs. Give it a try, you will really love it.