Xiaomi amazed everyone at MWC 16, Xiao with the presentation of the last member of the Mi4 range called the Xiaomi Mi 4S. From the look of things, Xiaomi Mi5 which was also announced alongside Mi 4S is at the lead with the advanced features it offers. Nevertheless, we can not overlook the current Xiaomi Mi 4S, which seems to be an interesting terminal for all the 5-inch segment. 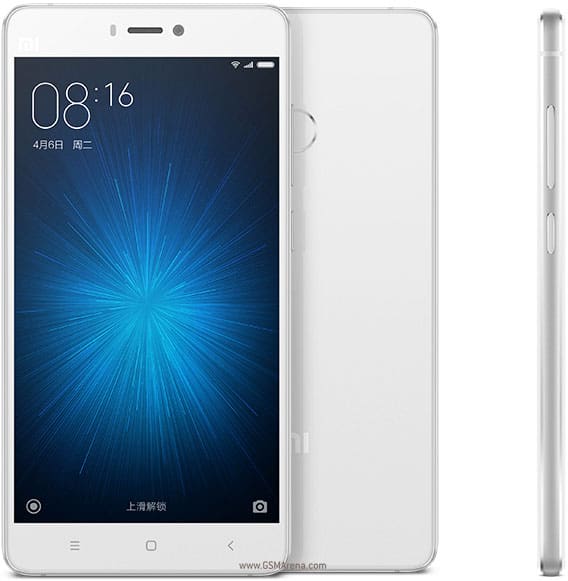 Xiaomi Mi 4S features the latest upgrades in the Xiaomi Mi4 series. It comes along with a premium build and more amazing performance. Let’s see what the newly announced Xiaomi (Announced February 2016) has in stock for us.

This device comes along with a premium look and we love it. The Xiaomi Mi 4S comes with a perfect metal body that makes this device very appealing and gives a premium and elegant appearance, unlike the previous Xiaomi smartphones that were composed of plastic and reflected a sleazy appearance.

Looking at the Xiaomi Mi 4S, you will notice that the company focused more on providing premium smartphones. Mi 4S shines gloriously with its metal chassis and glass.

The Xiaomi Mi 4S features a lot of improvements both in design and the processing power of this smartphone. The Xiaomi Mi 4S also has a camera on the top left and, as with Mi5, it does not protrude from the chassis.

This smartphone has a body dimension of 139.26 x 70.76 x 7.80 mm and also weighs 133 grams. This smartphone also comes accompanied by a fingerprint scanner on the back, but to be honest with you, we expected it to be on the screen or home page like the Meizu Pro 5.

At the front of this device, you will see the Camera and speaker on the top while the buttons are on the bottom. A frameless body would have been better, further assisting its grace of Xiaomi Mi 4S. The volume rocker and the power button are on the right side, meanwhile, the left side houses the SIM slot and Micro-SD cards.

This device comes with a 5-inch stupendous Full-HD display (1920 x 1080p), which is the same as its predecessors Mi 4 models but with more contrast, more brightness, and clearer colors.

The Xiaomi Mi 4S comes equipped with two cameras – the rear and the front camera. The rear camera has a 13 Megapixels, Sony Exmor camera coupled with an f/2.0, phase detection autofocus and dual-LED (dual tone) flash. The camera feature is the same with its predecessors, the only difference is the intrduction of the 4S phase detection. It also comes with other features like Geo-tagging, touch focus, face/smile detection, panorama, mode, HDR, Image effects.

This smartphone shots a Full-HD video at 30 fps and 720p at 120 fps. It also supports 4K video recording in HDR mode nevertheless it is at 15 fps. The front camera is 5 MP with autofocus.

Previous the terminals were equipped with Snapdragon 801 (Octa-Core) but this one comes prepared with a Hexa-Core processor Snapdragon 808 (2 * Cortex-A57 + 4 * Cortex-A53 ARM) and accompanied with a 3GB RAM.

Even though the number of cores is more in the previous terminal, but the performance of this Hexa-Core processor is far better than that of the Octa-Core. Meanwhile, the GPU is Adreno 418, which is best for gaming. I wished that Xiaomi included the new Snapdragon 850 processor.

The Xiaomi Mi 4S comes with a 3260 mAh Li-Ion battery Non-removable. So, we have extra amperes (100 mA) in the 4S. This device also supports fast charging which gives you about 40% extra battery in 60 minutes (Quick Charge 2.0).

The Xiaomi Mi 4S is sold at 205 USD which is approximately equivalent to 74,620 Naira. You can purchase this smartphone from most online stores within your region or any Xiaomi distributors around you.

The Xiaomi Mi 4S is yet another budget smartphone that still offers you all that you can get in a flagship smartphone, like a nice processor, sharp cameras, fast charging technology and a host of other amazing features.