Xiaoma came up with a concept of the lite version of the smartphone that created for the younger group 6 years ago. And the amazing smartphone model that comes with the same look and a powerful performance coupled with its low price. Finally, in Chengdu after six years Xiaomi releases the Lite version of the Mi 8. 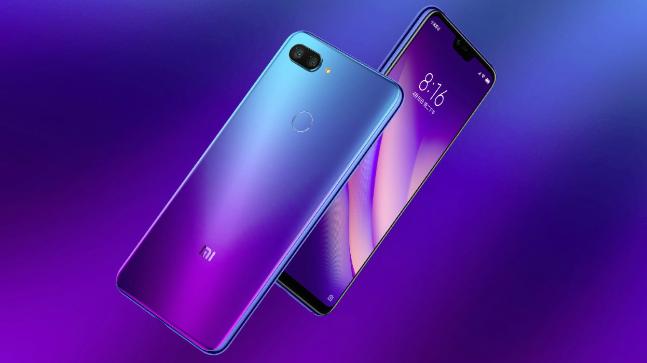 The Xiaomi Mi 8 Lite is also blessed with a great screen and a very nice processor, though this device comes with a low price tag, it still comes with all most all the flagship trends that are featured on the high-cost performance smartphones.

Just read on to get all the information you need about the Xiaomi Mi 8 Lite, like the design, specs, features, price, release date and so much more.

This device comes with a tiny Notch, the upper border of 2.68mm and a side of about 1.95mm wide. With all these specs featured, you already should know that this smartphone has improved when you compare it to its brothers.

The Xiaomi Mi 8 Lite comes with 3 colors that are super amazing and they are; the Twilight gold, Dream blue and finally the Deep space gray.

Unlike the Mi 8 SE and Mi 8, the Xiaomi Mi 8 Lite back camera comes with the features of the trendy “iPhone like” design of “iPhone 7/8 Plus”, that is horizontally placed, coupled with the popular  “iPhone X” style.

However, the placement design of the camera belongs to the metaphysical problem of radish, and everyone has something to do with it. 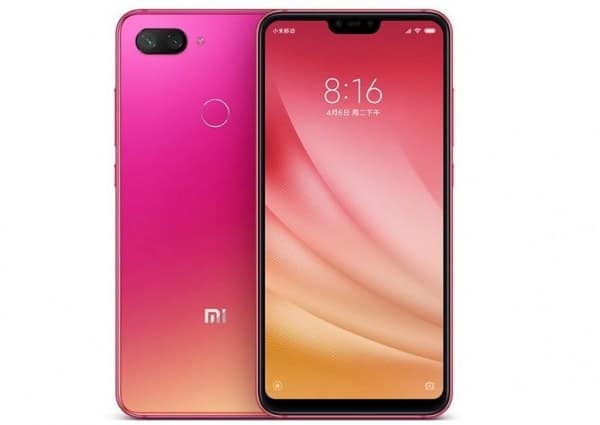 The Xiaomi Mi 8 Lite features a well-polished metal frame, that is thinner than the 7.5mm thick body. when it comes to the thickness of this device, it has been really defined compared to its brother model.

At the top of the Xiaomi Mi 8 Lite is seated a mic, but sadly, there is no infrared sensor anymore and the Mi fans have made mention of that. While at the bottom of this device you will see USB Type-C charging interface, a symmetrical design of the speaker and a microphone. I felt a little bit sad when I couldn’t find the 3.5mm headphone jack.

The Xiaomi Mi 8 Lite comes with comes with 64GB/128GB  internal storage and now supports an external SD card expansion of up to 256GB, you can now kiss insufficient memory problems goodbye.

Lastly, there is a packaged content that comes with this device like the USB Type-C data cable, Type-C To Audio cable, power adapter and SIM ejector and the transparent soft protective cover.

The Xiaomi Mi 8 Lite cameras come with a relatively stable HDR ability, though in the night it seems to be a little bit tempered. It doesn’t over-expose the door lights, which also reduces the brightness of a picture. We suggest they make little improvement.

The 24 MP camera at the front of this device is the largest pixel and it is accompanied by with the highest resolution and to crown it all, it also supports pixel four-in-one technology. The cameras on the Xiaomi Mi 8 Lite provides a targeted “micro-shaping” beauty program.

Let’s see the performance level of the Xiaomi Mi 8 Lite. This device runs on the Android 8.1 (Oreo) and also comes with the Qualcomm SDM660 Snapdragon 660 (14 nm) chipset, which has been widely featured in various models of different manufacturers for quite some time now after it was released.

Here is a comparison between the parameters of the manufacturers Snapdragon 660 and the Kirin 659 and MediaTek P60 processors within the same period. It doesn’t matter if it is a Qualcomm’s independent architecture or GPU advantage, all I know is that the Snapdragon 660 is a configuration ahead of its time.

The Xiaomi Mi 8 Lite is the first smartphone with the Snapdragon 660 that supports the Vulkan version of “The King’s Glory”. The excess load in the CPU working state can greatly be reduced by the Vulkan.

Also, the Vulkan is better and able to support multi-threaded processing and multi-core CPU, efficient mining of the potential performance of the Snapdragon 660, follow-up, “Fortress Night” and “Jesus Survival: Stimulate the Battlefield”, coupled with other popular mobile games based on its Unreal 4 engine is also expected Join Vulkan.

The Xiaomi Mi 8 Lite comes fully loaded with a 3350mAh battery. I was able to play online barrage video with 70% brightness, 50% volume, I also starting from 68% power, and I kept on for 60 minutes, remaining power 52%, power consumption 16%.

You can find the Xiaomi Mi 8 Lite on most online stores or shopping outlets in your region, and it will cost you about $ 203, which is approximately 74,000 Naira.

The Xiaomi Mi 8 Lite features great appearance, a high-ranking performance, super amazing cameras, coupled with powerful and longer battery life and a whole lot of other great feature that time may not permit me to mention. But, in general, the Xiaomi Mi 8 Lite is a smartphone with both low price and features flagship specs that is hard to find in an opponent smartphone.