Xiaomi has finally launched its most anticipated and rumored first smartphone with a 5G connectivity. The name of the smartphone is called the Xiaomi Mi Mix 3 5G and it seems to have a lot of things to offer. 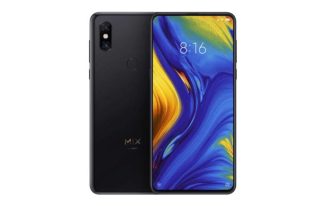 The new smartphone was announced in February 2019 and as the name implies, the device is the upgraded version of the original Xiaomi Mi Mix 3. The new device has many specifications and features with the Mi Mix 3, though there are other notable differences in the devices such as the upgraded chipset, battery, and the network. Let’s not spend much time on little matters and just get straight into giving you detailed specifications and features of the smartphone.

The body build of the Xiaomi Mi Mix 3 5G uses different materials such as Front glass, an aluminum frame (7000 series) and finally, a ceramic back, which is one of the reasons it was able to feature a wireless charging technology.

The smartphone was still able to ship it with an OLED screen and we thought it will feature an on-screen fingerprint sensor, but it did not; it rather choose to use the back as the best place to house the fingerprint sensor.

The smartphone also comes in two color options which comprise of the Sapphire Blue, and Onyx Black. There was something very important for most people that we weren’t able to find, the 3.5mm jack.

The Xiaomi Mi Mix 3 5G drives in with a total number of four cameras, with two cameras for a selfie and the other two are the primary camera sensors.

The selfie cameras use the moto mechanical pop-up which comprises of a 24 MP, with a  1/2.8″, aperture and another 2 MegaPixel with a depth sensor. The cameras were able to offer fresh images with a reasonable amount of details.

I first mentioned that one of the major upgrades that this smartphone comes in with include the chipset. The Snapdragon 845 doesn’t support 5G network, so Xiaomi Mi Mix 3 5G adopted the Snapdragon 855 chipset which supports the 5G network and ensures efficient and smooth performance.

The chipset featured in the new device is supported by a 6GB RAM, which I think is ample enough for smooth and lag-free performance and multitasking purposes. Under the hood, the Xiaomi Mi Mix 3 5G runs on the latest Operating System, the Android 9.0 Pie which is an MIUI 10.

For all your storage purposes, you have only two storage options which consist of the 64GB and 128GB. Should in case you don’t feel the storage option offered is not enough, then it’s unfortunate that you have to find another smartphone to use because the Xiaomi Mi Mix 3 5G does not support the use of an external microSD card.

Under the hood, the Xiaomi Mi Mix 3 5G offers extra battery hours than the Mi Mix 3. The increase in the size of the Mi Mix 3 5G battery is a wise move because the device uses the 5G connectivity that seems to take a toll on the battery.

The battery size of the Mi Mix 3 5G is a 3,800mAh Non-removable battery which also supports a Quick Charge 4+ in action. There is also a wireless charging technology.

The Xiaomi Mi Mix 3 5G comes in with a slightly high price of about 210,000 Naira which is equivalent to $583. You can buy the smartphone from some online stores like Jumia, though the prices may slightly differ as a result of your location.
Most people perceive this smartphone to be a little bit on the high side, but when judging the price tag, you should also remember the price is justified by the high-end specs this device comes in with.

The Xiaomi Mi Mix 3 5G is a nice smartphone for those who can afford it. First of all, the smartphone was able to feature a 5G network, wireless and fast charging technology, large screen, 6GB RAM, longer battery life and more. I think there is no harm in trying once you can afford the device.