Xiaomi Mobile happens to be one of the best smartphone manufacturers across the globe with their amazing smartphones which has all it takes to make their users happy. The previous smartphone that was said to be launched by Xiaomi is really making waves. In this post, we will be reviewing the Android smartphone, Xiaomi Redmi 2 Prime.

Have it at the back of your mind that the previous smartphone by Xiaomi is really something worth talking about. Based on its capabilities, it has all it takes to make you happy and equally keep you comfortable. 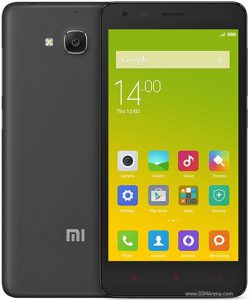 Xiaomi is really doing all they can to make sure they become the best smartphone manufactures in the world. But if they are to achieve that, they will be ready to beat the likes of world smartphone strongest manufactures such as iPhone and Samsung.

Xiaomi has never produced a smartphone which happens not to be attractive. They make sure it is well designed and attractive. So, therefore, the new smartphone Xiaomi Redmi Prime is been packed with a plastic body cover.

Coming down to the color aspect, have it in mind that it comes in wonderful colors variant such as White, Black, Green, Blue, Red, Yellow colors respectively. Furthermore, the device comes with a 4.70-inch touchscreen display with a resolution of 720 pixels by 1280 pixels at a PPI of 312 pixels per inch suitable for your gaming experience.

Xiaomi is really in a hurry to become the best smartphone making company the world will ever record. Their smartphones come with a crazy performance which will really get you in love, considering what it comes with. The smartphone runs on an Android version of Android 4.4 KitKat, MIUI V6.

Well, it is a pleasure we make it known to you that the new smartphone Xiaomi Redmi 2 Prime is been powered by 1.2GHz quad-core processor and it comes with 2GB of RAM for multitasking. It went on to pack a huge memory of 16GB of internal storage which can also be expanded up to 32GB via a microSD card.

Xiaomi happens to be among the best smartphone making companies which boast of great battery capacity. It is an honor we let you known that Xiaomi Redmi 2 Prime packs 8-megapixel primary camera on the rear and a 2-megapixel front shooter for selfies.

For those of you interested in purchasing this smartphone, have it at the back of your mind that it can be purchased via our online/offline leading stores in the country for a price tag of $110, and 38,000 In Nigeria depending on your location.

Xiaomi Redmi Note 2 Prime, is an amazing smartphone which has all you need in a smartphone considering its amazing features and specs.