Xiaomi is not ready to slow down any time sooner as they are constantly dishing out nice phones with amazing specs. Little wonder how they have quickly grown to become one of the world’s top five phone manufacturers. Though their success is mainly in the China market. 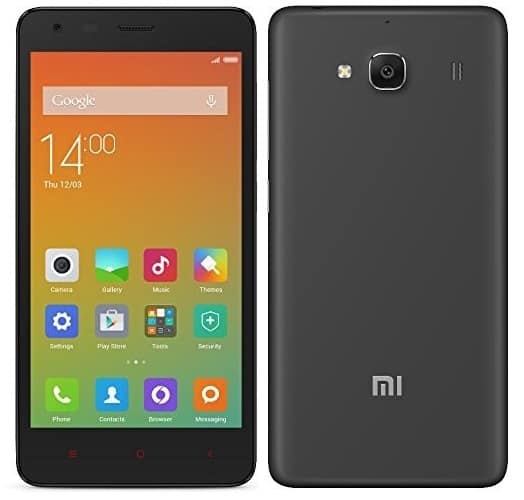 Xiaomi is right back with another smartphone called the Xiaomi Redmi 2. This smartphone was announced in January 2015 and comes along with nice specifications that you are about to find out.

The Redmi 2 is made of matte plastic (polycarbonate finish), and at first, you will notice that this smartphone is impressively lightweight. This smartphone actually weighs just 4.72oz (134g)

The Redmi 2 back cover can be easily removed, but unfortunately, while this has its advantages in the form of easy access to the SIM cards, battery, and microSD card slot, it also translates to a body that does not feel tightly put together. Why I said that is because parts move and screak slightly any time you hold this smartphone, though it’s not actually a dreadful issue by any means.

Below the display, you will see three small, red capacitive buttons. Meanwhile, all the physical buttons are on the right side, and it comprises of a volume rocker above it and a power/lock key in the middle, that is comfortable to press. The Redmi 2 back houses the loudspeaker, the primary camera, and a single LED flash.

There is an 8-megapixel primary camera that exceeds expectations for this very cheap smartphone, notwithstanding, there is still small issues. The primary camera has a f/2.2 aperture with 28mm focal distance.

AT the front of this smartphone, you will see a 2-megapixel selfie camera, that carries out plastic surgery on your photos. The camera changes the natural tone of your skin colors, which gives your skin a pale skin tone. I believe that the camera came to this in an attempt to beautify reality. The selfies taken with this smartphone looks unnatural.

The Redmi 2 can record a video up to 1080p at 30fps coupled with a bit-rate of around 30Mbps. This smartphone has an auto-focus that is fairly fast and the colors are good.

It is necessary that you become aware of this tune-up options: in Settings -> Battery -> Power Settings, you have the option of selecting between two modes for this smartphone, a Performance mode and Balanced. The Performance mode would squeeze a lot out of the silicon, but the default Balanced mode is going to put brakes on the silicon in order to maximize battery life.

When I used the Balanced mode I noticed some slight lag, that is why I recommend using the Performance mode.

The Xiaomi Redmi 2 has two versions of the internal storage, the first is 8GB/1GB RAM and  16GB/2GB RAM. Luckily the Xiaomi Redmi 2 also supports memory expansion of up to 64GB via microSD cards.

The Xiaomi Redmi 2 comes equipped with a 2200 mAh removable battery, that is sure to give a full day use even with a heavy use. While you will be able to get two days with a moderate use.

Unfortunately, the Xiaomi Redmi 2 recharge time is slow – it takes almost two hours and 30 minutes to charge up the battery from zero to 100% with the stock 5V – 1A wall charger. Even with the QuickCharge 2.0 wall charger, the result was still the same.

At a full retail price of $130 (799 yuan in China & 46,800 in Naira), the Xiaomi Redmi 2 is one of the most affordable Android phones money can buy. You can purchase this device from some online stores or any Xiaomi distributor that is around your region.

The Xiaomi Redmi 2 is actually a very nice smartphone, and if you are the kind of person who wants a smartphone with longer battery life, great cameras that capture decent images, then I Redmi 2, it will not disappoint you.