Xiaomi is among the worlds best smartphone making company. It has been revealed that Xiaomi has interesting smartphones which come with amazing features that are capable of keeping you comfortable.

The use of smartphone has become the other of the day. everybody really wants to really make use of a smart device. having. We have other strong competitors such as iPhone, Samsung and so many more. 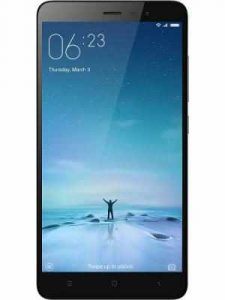 Xiaomi is really doing all they can to maintain their place and same working so hard to beat other smartphone manufacturers In the world. But I think they have a long way to go if they are to beat the likes of Samsung and iPhones.

Talking about the design of this amazing smartphone, It is important we make it known to you that Xiaomi Redmi Note 3 32GB mobile features a 5.5″ (13.97 cm) display with a screen resolution of Full HD (1080 x 1920 pixels).

It is a pleasure we announce to you that the smartphone runs on an Android version of 5.1 (Lollipop) operating system. And also it is been powered by Hexa Core (1.8 GHz, Dual core, Cortex A72 + 1.2 GHz, Quad core, Cortex A53) processor paired with 3 GB of RAM.

Talking about camera aspect of this device, have it at the back of your mind that one of the things people consider before getting a smartphone is the camera capabilities of the device. Well, Know it that Xiaomi Redmi Note 3 packs 16 MP camera PureCel sensor supporting a resolution of 4616 x 3464 Pixels and the front is 5MP which is as well been powered by a PureCel sensor.

Xiaomi happens to be among the smartphone making company who really boast of amazing battery life. have it at the back of your mind that battery is very essential when getting or choosing a smartphone to make use of.

Xiaomi Redmi Note 3 comes with a monster battery capacity of 4000mAh Li-Po battery. The battery is capable of handling the affairs of this device. It lasts long enough when it been fully charged.

For those of you interested in owning this mobile device, have it at the back of your mind that this smartphone can be purchased via our online and offline stores for a price tag of $72, and 62,000 In Nigeria depending on your geographical area.