By joshuaegeonu3 Mins Read
Share
Facebook Twitter LinkedIn WhatsApp Pinterest Email
Snapchat has launched a new feature called Snapchat Dual Camera, which allows users to capture photos and videos using both the front and rear cameras on their phones at the same time.

This feature is similar to that made popular by the BeReal app, which was founded in December 2019 by former GoPro employees Alexis Barreyat and Kévin Perreau. Instagram took the same feature (also known as Dual) that it recently added to the toolbar screen on Reels.

Must Read: YouTube Shorts are Coming to Smart TVs

The Dual Camera feature went live on Monday for Snapchatters using iOS on at least an iPhone XS/XR around the world, with an Android launch date expected in the coming months. While it sounds eerily similar to the Gen Z-favored BeReal, Snap assures that it is not the same. 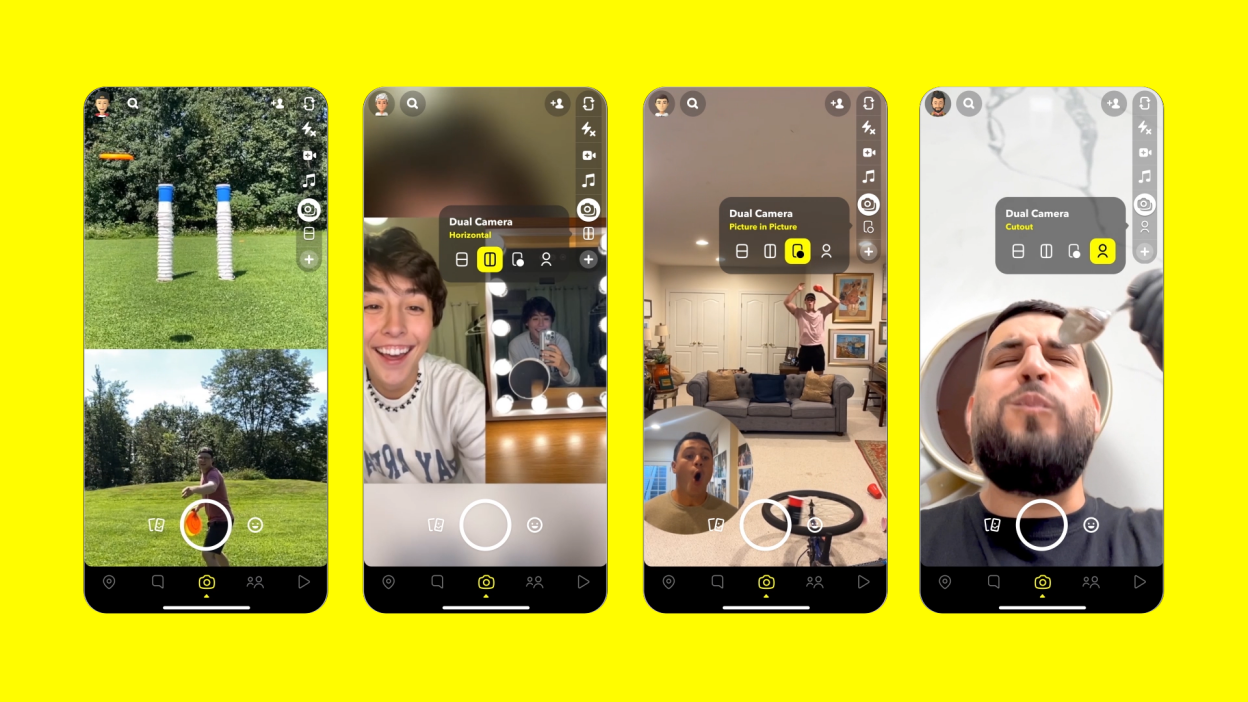 “We design for our community at Snap, and we’ve been working on this feature for several years,” said Jane Meng, Camera Product Manager at Snap, to Mashable. “What we believe makes it truly unique and will hopefully resonate with Snapchatters is the ability to add creative tools after the fact, such as post-capture AR Lenses, stickers, and captions. Snap is already a place where young people communicate and chat with their best friends, so we believe it makes perfect sense for our community.”

Dual Camera was announced earlier this year as part of the creator camera mode called Director Mode, but with this launch, the feature will be available for all types of Snaps — whether that’s an artistic and polished Spotlight submission or a quick response to a friend. It will be located in the main camera bar and will resemble a double camera icon.

When I tested Dual Camera, I found the mode to be very simple to use and conducive to more creative and silly ways of capturing content. I particularly liked how the AR Lenses found faces and relevant objects on both front and back cameras, though I did wish they were already integrated into capture mode. As someone whose friends don’t frequently use Snapchat to communicate, Dual Camera makes me want to use the app to capture videos and photos in the new format for my own personal enjoyment, and possibly even for posting on other platforms.