Nintendo is popular for its creation of some of the dopest video game consoles and entertainment franchises. Nintendo can brag about changing the gaming world and making it what it is today. In 1983, a huge chunk of console manufacturers was dumped out of business after a major crash but Nintendo a.k.an NES stood firm against all odds to display its might. Since then, Nintendo has been a game all gamers are used to and even with the introduction of the PlayStation and Xbox, the brand still takes care of the Nintendo die-hards plus other gamers alike. These are the thing you know about Nintendo, check out our list of 20 Things You Didn’t Know About Nintendo Switch: 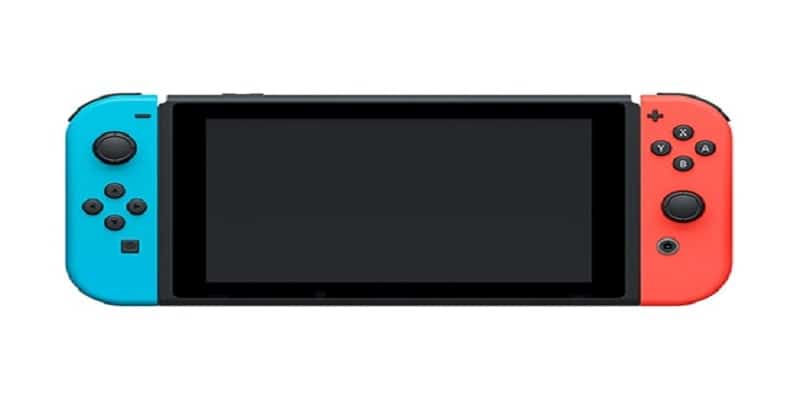 1. Bluetooth Headsets Can Be Used In Docked Mode

The focus is placed on graphics nowadays but the simple fact is brilliant audio is key as well. Not just that, a major part of the multiplayer experience for several games is reliant on it. Unlike other portable device manufacturers, Nintendo did amazing to add a 3.5mm jack on the Switch. This lets players connect their headphones in when playing but the audio jack is on the screen instead of the joy-con controllers, telling us that players are able to easily access the audio jack when the console is docked. Fortunately, Nintendo did not leave the thought about this to us alone, as they added the ability to connect Bluetooth headphones. This ensures players receive audio from the Switch direct to their wireless headphones.

2. The Airplane Mode Is Fully Customizable

Devices with the Airplane Mode are king these days. It is designed to be activated in an airplane because devices that communicate via wireless signals can clash with the airplane’s systems. The airplane also saves your battery life too. This is possible because it basically ends communication via all wireless signals like WiFi or Bluetooth, that is useful on the Nintendo Switch when you need to make the most of one charge. It is remarkably customizable as players are given a choice on which service to deactivate.

3. Play Via The Actual GameCube Controller

If you have a spare GameCube Controller you have abandoned somewhere, go and get it as it can be used with your Nintendo Switch. Nintendo kept this on a low and that ensured the support for older Nintendo controllers wasn’t announced with the latest Switch system software update. Bear in mind that the GameCube Controller cannot be connected directly and the Wii U controller adapter is needed to ensure the GameCube controller functions with the Nintendo Switch. Nintendo no longer makes the adapters though but several 3rd party options are scattered everywhere if you need them. As soon as the controller is plugged in, just press the L and R buttons to register it with the console and remap some of the controls.

4. Auto-Sleep Makes Sure You Never Lose Any Game Progress

Managing your battery on the switch is highly important. This is key since it can not just be used as a docked console but also as a portable device, something users love about it. There is nothing more annoying than playing your favorite title and seeing the battery die out on your portable console, making you forfeit any progress you might’ve made if you are yet to hit save.

Fortunately, the Nintendo Switch has you covered with its Auto Sleep feature that becomes active as soon as the battery of the console reduces to a critical level. The amazing part is that all game progress are saved and players can proceed from where they stopped after they charge it.

5. Online Play Is Free For Now

Games like The Legend Of Zelda: Breath Of The Wild particularly has issues with reduction in framerates once in a while. Most times, it is the game attempting to render all those area with several assets and particle effects. Still, you do not have to accept the situation because there is a fix.

This frame reduction happens when the console is attempting to search for WiFi access points even when you are already connected to a network. Just deactivate the “Auto-Connect” option from the console settings or just go ahead to set it to Airplane Mode. Fingers crossed for a patch from Nintendo to rectify this issue but till then, connect your networks manually.

Most Nintendo Switch owners already know that bringing the console back to life from sleep mode needs you to hit the same button thrice at a go. What you might not be aware of is that, each button will bring about a different sound since the console is never specific on the exact button to press. We will let you try this out on your switch console.

8. The Pro Controller Functions With PC

Even if Nintendo provides the JoyCons with its console, there is another alternative for gamers named the Switch Pro Controller. If you are scared to spend your money on the new controller, permit me to gladden your heart by telling you that the Pro Controller will function seamlessly with your PC too. Just connect it to your personal computer and its ready to go.

No more save files for games being stored on the game cartridge. That is history now. With Nintendo Switch, every game save files are stored on the internal storage of the console, but bear in mind that it accommodates 32GB of storage. Yes that ia quite limited, but there is also the option of making use of a MicroSD card for all of your additional storage needs.

Since most games are going digital nowadays, storage is becoming more vital. A hard disk with 500GB of storage was king in the past but even a 1TB drive is not impressive anymore. Especially with fresher games like Shadow of War having a 96GB install size.

Normally, physical copies of games need installation before the game can be run, but not with the Nintendo Switch. If you purchase a physical copy of a game, it can be run off the physical disc instead of installing the full game. This is vital as, like we said before, the internal storage is just 32GB.

11. Power Off The Console To Swap SD Cards

Like we said earlier, MicroSD card can be used on it to expand the storage. Making use of the SD card is quite easy as players only have to insert it into their Nintendo Switch. To have it removed, make sure the console is disabled properly and ensure it is not just in sleep mode. This stops all forms of data loss in case the console was about to perform a read/write operation on the card.

12. Access Recovery Mode To Update Or Restore The Switch

Whenever your console begins to act up, Nintendo has you covered with its Recovery Mode for the Nintendo Switch. It aids users to restore data, update system firmware and perform a complete factory reset if need be. To access it, power the console off and then proceed to hold the power button and both volume keys simultaneously till you can view the Switch logo.

13. Enable TV To Turn On As The Switch Does

There is nothing more beautiful that two devices communicating with each other. This is the same with gaming consoles too since both the PS4 and Xbox One offer users the option to control their TV. The Nintendo Switch also has this feature.

All you require is a fairly new TV with the option of HDMI-CEC communication and then have it activated in your TV settings. As soon as you are through, just drop the Switch into its dock and watch your TV switch to the input connected to the console.

I am sure you loved that little click sound at the end of all those Nintendo adverts for the Switch? It is actually copyrighted by Nintendo and it is crzaily nowhere to be found on the console. The sound can actually be recreated if you slide in the JoyCons under precise conditions.

The console has to be enabled and you have to be playing a game as you connect your JoyCons. As soon as that is done, you will be able to view a burst effect in white and that famous switch sound telling you that the JoyCons have been connected successfully.

15. Using The Switch As A Portable Battery Pack

What is the need of a portable control that will not last more than a couple of hours? If you are travelling and your device runs out of battery without a power bank around then you do not have to bother if your Nintendo Switch is with you. Know this now, the Switch can also be used as a portable battery pack. Just connect the console to another device via USB-C and you’re good to go.

16. Use The Switch App To Chat With Friends While Playing

It is available for Android and iOS and it lets players chat with their friends while they play a game on the console. The concept is identical to the Xbox SmartGlass app which lets Xbox players chat and interact with pals via their smartphones.

Nintendo Switch lets users connect a physical USB keyboard to the console similar to the PlayStation and the Xbox.

Just bear in mind that the keyboard can be used for entering text and not playing games so if you are one of those who detests entering text with a controller then it is surely a feature for you.

18. Charge It Up With A Power Bank

The battery lasts up for up to 3-5 hours but a power bank can extend it.

19. It Can Still Scan Your Old Wii U Amiibo

One of the dopest things you enjoy on the Nintendo Wii U is the Amiibo. They can be used to unlock a number of abilities in the game depending on each figure. To scan an Amiibo, just place it over the right JoyCon which carries an NFC reader. Items will then be unlocked depending on the figure that you aim to use.

For whatever reason, players do not fancy playing online. But Nintendo has the option for offline to make things easy for you. This will display your status as offline to all your friends and all your play activity will be hidden. It is a useful feature if you want to play your console without anyone finding out.

There you have it – a comprehensive list of interesting salient facts about the Nintendo switch console. If you have knowledge of other interesting facts not mentioned in this article, do let us know in the comment section below.