The much talked about Nokia X Smartphone also known as Nokia Normady which was rumoured to be the first android smartphone to be produced by Nokia had its specifications Leaked by EvLeaks on Twitter on 28th January 2014 as below: 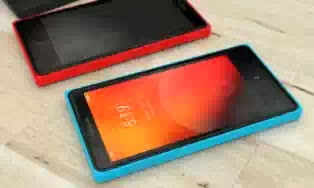 From the leaked specifications , it can be deduced that the Nokia Normady Smartphone is an entry level smartphone.

According to @evleaks, the Nokia X have similar hardware resemblance with the Nokia Lumia 520 Windows Mobile phone.

The phone which is expected in dual-SIM variants comes with the below details which includes a dual-core 1GHz Snapdragon, 4-inch WVGA display, 512MB RAM, 4GB internal storage, and a 5-megapixel rear camera. Juiced by a 1500mAh battery. The device is also expected to come in 6 different colors.

Also, The Nokia X will have Nokia’s own application store on board.

From the Specifications above, and if truth, the price of this Nokia phone should not exceed $150.

It is important to let you Know Nokia is expected to debut the Nokia X (formerly, Normandy) at Mobile World Congression by late February.

More information will reach you from us when Nokia Makes this Official.