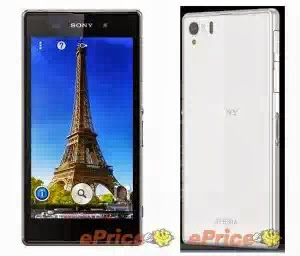 Sony Replies Nokia Lumia 1020 – 41MP and Samsung Galaxy S4 As they are about to release a new competitive device which runs on Android 4.2 and a whooping 20Mega Pixel Camera.

There’s been no official announcement as at when Sony might release its Xperia i1 handset, but Rumor has it that Sony would plan on making the Xperia i1 Honami official on September 4th in Berlin, at an IFA 2013 press event that has already been announced.

The smartphone is said to meet IP55/IP57 international standards when it comes to waterproof and dustproof capabilities.

Below are some Specs Of Sony Xperia i1 Honami

With 16GB of internal storage expandable with microSD card, whooping Camera of 20.7 Mega pixel, 2GB RAM, the Sony Xperia i1 will certainly be a strong contender to other recentlyrelease camera-centric smartphones like the Nokia Lumia 1020 – 41MP and Galaxy S4 Zoom 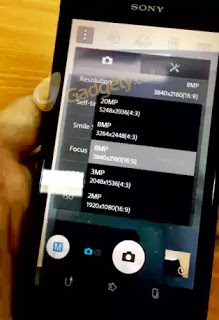