By joshuaegeonu2 Mins Read
Share
Facebook Twitter LinkedIn WhatsApp Pinterest Email
Twitter has officially entered the world of podcasts. The social network has announced that podcasts will be integrated into its platform as part of its newly designed Spaces tab. According to reports, the revamped Spaces tab and the addition of podcasts would be visible to a group of global English-speaking audiences on iOS and Android.

The redesign includes personalized user hubs called ‘Stations,’ which group content together based on various topics such as news, music, sports, and more. The recommendations you see will be based on the people and themes you follow.

Must Read: YouTube’s New Feature Lets You Zoom in on Videos

Twitter users can now access a curated selection of live and recorded Spaces. In addition, the hubs will feature the most popular podcasts from around the world. When you come across podcasts, you can give them a thumbs up or thumbs down to let Twitter know if the content interests you. 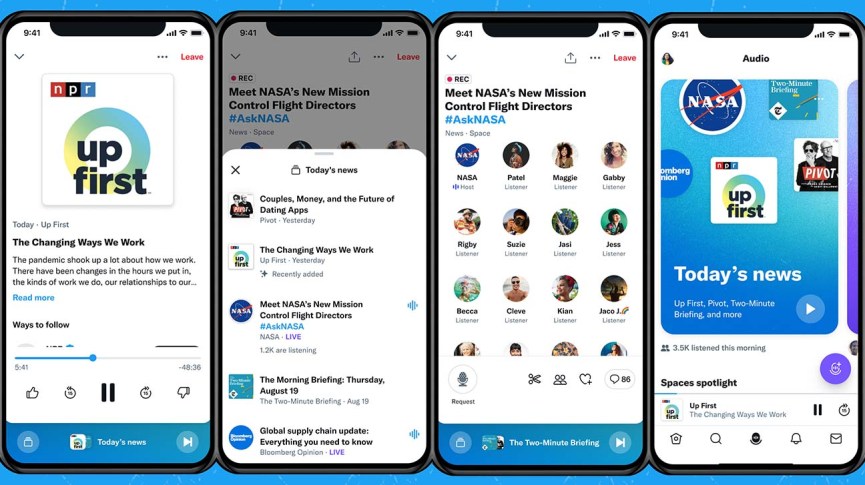 When you open the Spaces Tab, you’ll notice three sections. The top of the tab displays Stations, which scroll horizontally and feature various themes and Topics to listen to. Below that is the Spaces spotlight, which features some of the best curated audio content. Finally, there is a list of upcoming Spaces.

Today’s announcement comes as no surprise, given that the social network has been testing a podcast feature for several months. However, early tests indicated that Twitter was working on a dedicated podcasts tab, but today’s launch demonstrates that Twitter is more interested in making podcasts a part of Spaces than giving them their own home on the platform.

Twitter said in a blog post, “Integrating podcasts into Spaces, where audio conversations happen on Twitter, is another way we’re continuing to invest in audio creators.” “We started with a redesigned audio experience in the Spaces Tab to do this in a simple and intuitive way that allows listeners to simply hit play and go.”

According to internal research, 45 percent of people who use Twitter in the United States also listen to podcasts on a monthly basis, so the company will now automatically suggest podcasts to help users discover content based on the topics they’re interested in. The addition of podcasts is part of Twitter’s plans to provide users with a “all-in-one, personalized audio destination” by providing users with even more audio content to listen to.