What is a computer? The Definition

What is a Computer

You might think this is the most dumb post you are seeing on this blog, but the truth is I came to realise that people might have been the computer system but still do not know what it is, or rather can’t give a definition to it. 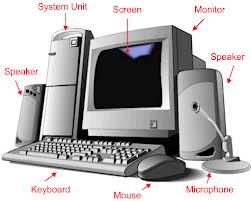 Here are different definition of what a computer system is I could for you guys:

1. A computer is a general purpose device which can be programmed to carry out a finite set of arithmetic or logical operations.

2. An electronic device for storing and processing data, typically in binary form, according to instructions given to it in a variable program.

3. A computer is a machine that performs computations according to instructions.

Now, I guess you do know what a computer is or the definition of a computer.