By David Folami4 Mins Read
Share
Facebook Twitter LinkedIn WhatsApp Pinterest Email
It has never been simpler to buy a mobile device that captures amazing photos. The truth is that there are lots of smartphones that provide superb cameras both on paper and out in the real world right now. For the best options as I type this, see 5 Best Tech Gadgets For Parents: Its camera is absolutely superb with a 108MP f/1.8 main snapper, a 12MP f/2.2 ultra-wide one, and two telephoto cameras. 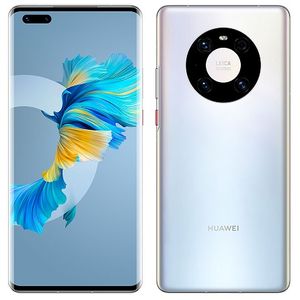 The camera this phone is offering is simply remarkable, with a 50MP f/1.9 main camera, a 12MP f/3.4 periscope one (with 5x optical zoom), and a 20MP f/1.8 ultra-wide one. Portrait shots, wide landscapes, zoomed photos, and close up subjects will all be achievable with this device, and it’ll even get the job done in low-light conditions.

This one might not be the best iOS device right now, but it definitely delivers when it comes to its camera.

It is home to a 12MP f/1.6 main snapper, a 12MP f/2.2 telephoto one (with 2.5x optical zoom), a 12MP f/2.4 ultra-wide one, and even a LiDAR scanner, which aids Night Mode portraits. Be aware that the night and low light is something this device has less problems with than other devices. This Android device is blessed with a high-spec camera, however, it is the telephoto camera that stands out. It is a 12MP f/3.0 snapper with 5x optical zoom and 50x digital zoom.

And even if the telephoto camera is the attraction, the device’s 108MP f/1.8 main camera and 12MP f/2.2 ultra-wide are worth talking about as well.

Must Read: 6 Best Budget Camera Phones You Can Buy

Out of all of the above, the ultra-wide is definitely the most notable, and it comes with a freeform lens design that decreases the barrel problem that is mostly found at the edges of ultra-wide shots captured on other devices.

Smartphones are a class of mobile phones and of multi-purpose mobile computing devices. They are distinguished from feature phones by their stronger hardware capabilities and extensive mobile operating systems, which facilitate wider software,

internet (including web browsing over mobile broadband), and multimedia functionality (including music, video, cameras, and gaming), alongside core phone functions such as voice calls and text messaging.