Fake security cameras are simply a cheap way to scare intruders from stealing your properties. However, some of them can be very easy to spot, therefore you have to get it right with every purchase. To fix this problem, it is best to go for convincing ones, and we have lots of them in our list of 4 Best Fake Security Cameras To Buy:

This option grants you access to two cameras for the price of only one. Owners can simply put one camera in their front yard and one in their backyard for added security. On top of that, it possesses a bonus warning sticker with these words “24-hour video surveillance.” However, it does not come with a brand name, so that could give it away. 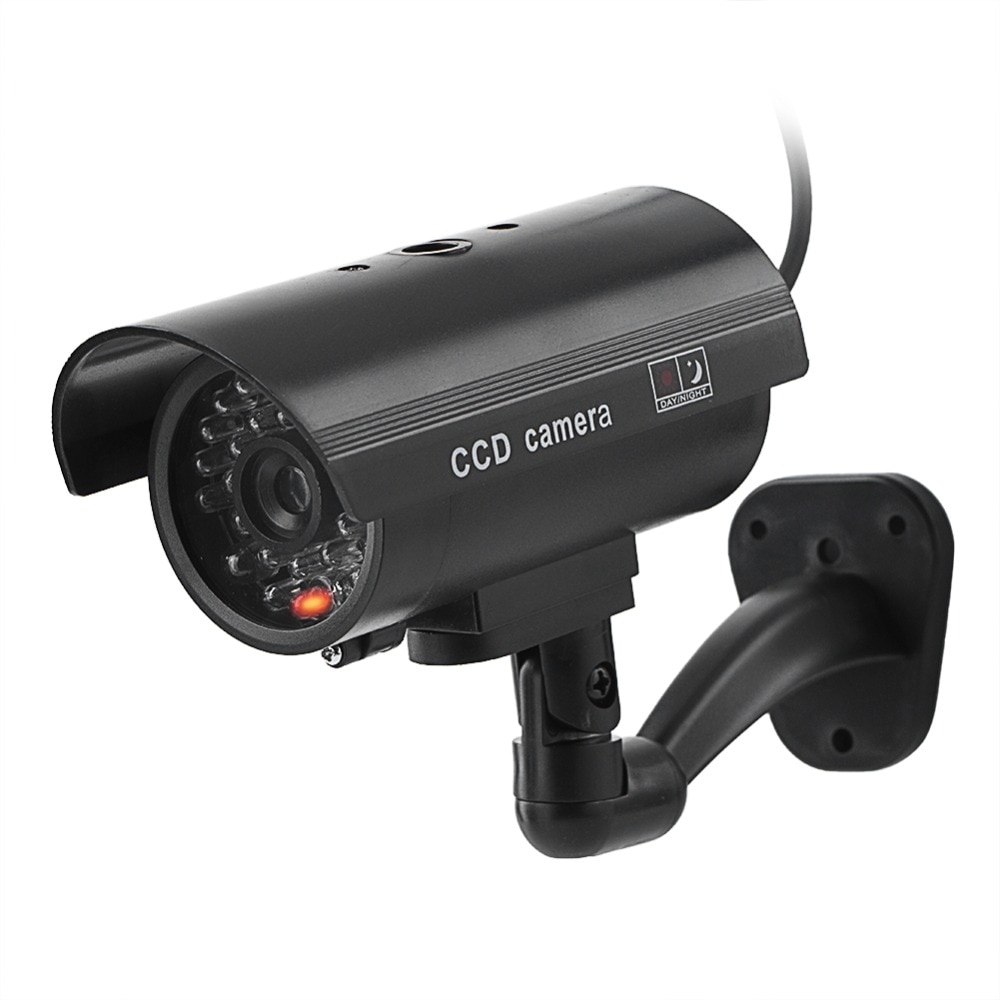 Just like Armo’s fake camera, this camera has no visible branding printed on it. It possesses a red LED light that flashes after 3 seconds, just like the flash pattern one would expect in real security cameras.

One of the most amazing features it possesses is its motion sensor security light. This sensor can spot suspicious movements up to 25 feet away, and the camera will turn on immediately motion is noticed.

Ysucau also has its solar-powered fake camera that you should know about. It works with rechargeable batteries to make sure the red LED light works during the day and at night.

Its batteries can also be charged all through the day via solar power if that is what you want. However, if the fake camera will be used outside the house, ensure it is installed under what will safeguard it from rain since it is not waterproof. 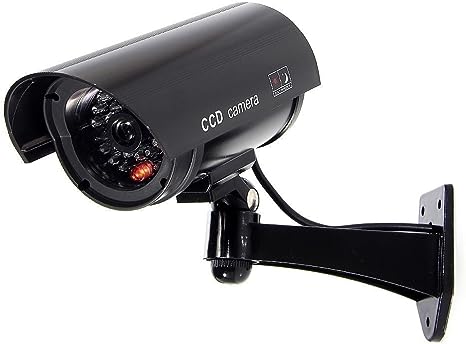 This camera is another brilliant solar-powered option and it comes with an integrated solar panel.

It functions with rechargeable batteries to make sure the camera works for long hours. It also possesses a waterproof feature, meaning you do not need to scratch your head about where you want to place it.

A camera is an optical instrument used to record images. At their most basic, cameras are sealed boxes (the camera body) with a small hole (the aperture) that lets light in to capture an image on a light-sensitive surface (usually photographic film or a digital sensor).

The still image camera is the main instrument in the art of photography and captured images may be reproduced later as a part of the process of photography, digital imaging, photographic printing. The similar artistic fields in the moving image camera domain are film, videography, and cinematography.

The word camera comes from camera obscura, which means “dark chamber” and is the Latin name of the original device for projecting an image of external reality onto a flat surface.

A camera captures light photos, usually from the visible spectrum for human viewing, but in general, could also be from other portions of the electromagnetic spectrum.

There you have it – a comprehensive list of 4 of the best fake security cameras to buy. If you have any personal favorite or other recommendations, feel free to drop them in the comment section below.

7 Best Tactical Flashlights To Buy In 2020