5 Best Gadgets For Extending Your WiFi Range In 2023

By David Folami4 Mins Read
Share
Facebook Twitter LinkedIn WhatsApp Pinterest Email
A poor WiFi signal is an issue for several internet users as it will not just affect your productivity negatively, it will also spoil your entertainment with your favorite songs and films. To be honest, no one needs a shaky binge, so let’s fix that with our list of 5 Best Gadgets For Extending Your WiFi Range:

It might be quite costly but it is definitely worth everything you spend. If you own a big property, then this is the best solution.

Why is that you may ask? The simple answer is that this extender can cover up to 2,500 sq ft, and this gives a lot of properties an even plus extended range.

This is an uncomplicated range extender that lets you hook the extender up to your network by pressing a button.

It is quite costly but it gives you value for your hard-earned money. It will help with the expansion of the coverage in your home for the optimization of streaming. The extender is quite small and it will plug directly into the mains supply without hindering other outlets.

This is another cheap option and it looks like a wireless Bluetooth speaker. It possesses an unassuming black colorway that makes it blend into your environment seamlessly.

Must Read: How To Stay Safe Online While Using a Public Wifi

The signal booster connects quickly and seamlessly to your network. It is also home to a brilliant MMO tech which grants you access to various antennae. 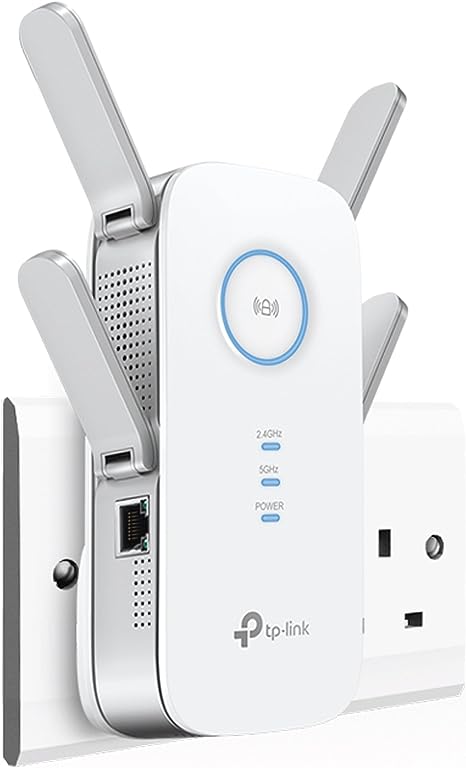 This is a cute, easy plug-and-go option from a Chinese brand. It is exactly what is required to make your home network signal more effective.

Simply pop it into a socket, connect it to your network, and then you can locate the most appropriate spot for placement. A useful indicator is also available on the front of the AC2600 that will let you know if the WiFi signal is poor in a specific area.

TRENDnet is a top brand when it comes to networking and the network can be copied to the device via the WiFi Clone system. This lets the AC1200 integrate into your network quickly and seamlessly. With this extender, dead spots will be long forgotten as well. Its 2 high-gain antennae at either side of the unit also make sure you get maximum accuracy when you beam the signal from the AC1200 to your device.

There you have it – a comprehensive list of 5 of the best gadgets for extending your WiFi range. If you have any personal favorite or other recommendations, feel free to drop them in the comment section below.