Buying a new PC can be very stressful especially if the money with you is limited. The specifications like RAM, storage, or processing power also make things more complicated when you begin the search. However, you do not have to bother your head because we have you covered. Best laptop deals for Feburary

We have helped you to sort through the best laptop deals available right now and there are several options to choose from to make your laptop purchase a seamless journey.

This is one of the best laptops you can buy now and the webcam is placed above the screen where it should be. It is superbly built and it performs very well. If you need a convertible 2-in-1 that works brilliantly as a laptop and tablet, this is the one to go for. It has attracted great reviews because of its amazing looks, brilliant performance, top quality build, and fantastic battery life.

It gets rid of the larger bezels issue and upgrades to Intel’s 10th-generation CPUs while including a 4K OLED display option. The price was recently brought down to $780.

Must Read: 5 Best HP Laptops You Can Buy Online

However, you might need to purchase the keyboard case separately to enjoy the 2-in-1 laptop experience. At $293 off, however, you need to hurry. 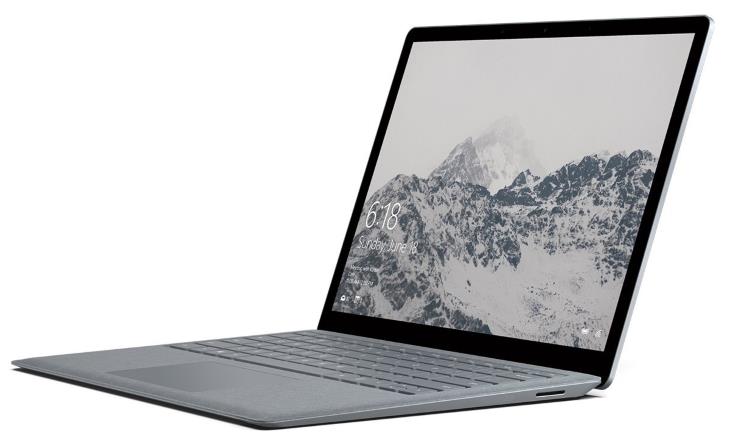 It comes in several colors like platinum, burgundy, cobalt blue, and graphite gold and this laptop possesses 7th-generation Intel Core CPUs which makes it amazing for productivity tasks.

Its battery life is also decent and owners are guaranteed a lovely keyboard and touchpad experience. Its display is one of a kind, with amazing brightness and contrast and an expected 3:2 aspect ratio.

Still on the topic of laptop deals for Feburary. Acer might be popular for its Chromebooks, but their brand started with Windows laptops like the Aspire series. This particular laptop runs on an 8th-generation Intel Core i3-8130U CPU, 6GB of RAM, and a 1TB hard drive.

You can upgrade seamlessly as well since you just need to open the bottom of the laptop and add extra RAM plus quicker solid-state drive storage.

However, be aware that the laptop is reaching the end of its lifespan so Acer can render it unavailable in the market at any time. At $390 from Amazon, it is affordable enough.

Deals on Apple devices are scarce, so you need to take advantage of this one. The MacBook Air is the best entry-level MacBook that can be purchased right now and it is amazing for students or business individuals.

Amazon has an amazing deal of about $200 off, and the configuration comes with Intel Core i5, 128GB SSD plus a beautiful display with a 2,304 x 1,440 resolution, which is great for showing off.

More Information On A Laptop:

The clamshell is opened up to use the computer. Laptops are folded shut for transportation, and thus are suitable for mobile use. Its name comes from the lap, as it was deemed to be placed on a person’s lap when being used.

Although originally there was a distinction between laptops and notebooks (the former being bigger and heavier than the latter), as of 2014, there is often no longer any difference.

Today, laptops are commonly used in a variety of settings, such as at work, in education, for playing games, Internet surfing, for personal multimedia, and general home computer use.

The terms laptop and notebook are used interchangeably to describe a portable computer in English, although in some parts of the world one or the other may be preferred.

There is some question as to the original etymology and specificity of either term—the term laptop appears to have been coined in the early 1980s to describe a mobile computer which could be used on one’s lap, and to distinguish these devices from earlier, much heavier, portable computers (informally called “luggables”).

The term “notebook” appears to have gained currency somewhat later as manufacturers started producing even smaller portable devices, further reducing their weight and size and incorporating a display roughly the size of A4 paper; these were marketed as notebooks to distinguish them from bulkier laptops. Regardless of the etymology, by the late 1990s and towards the 2000s, the terms were interchangeable.

A business laptop is a laptop designed for those in the workplace. Typically, it is ruggedized, with consumer-facing features, like high-resolution sound, removed to allow the device to be used for pure productivity.

It may sometimes include business-oriented features like Trusted Platform Module, fingerprint scanner, smart card reader and/or a pointing stick.

Most laptops use SO-DIMM (small outline dual in-line memory module) memory modules, as they are about half the size of desktop DIMMs.

They are sometimes accessible from the bottom of the laptop for ease of upgrading or placed in locations not intended for user replacement.

Most laptops have two memory slots, although some of the lowest-end models will have only one, and some high-end models (usually mobile engineering workstations and a few high-end models intended for gaming) have four slots.

Most mid-range laptops are factory equipped with 4–6 GB of RAM. Netbooks are commonly equipped with only 1–2 GB of RAM and are generally only expandable to 2 GB, if at all.

Laptops may have memory soldered to the motherboard to conserve space, which allows the laptop to have a thinner chassis design. Soldered memory cannot be easily upgraded.

There you have it – a comprehensive list of 6 best laptop deals for Feburary. If you have any other recommendations, feel free to drop them in the comment section below.

5 Best Chromebook Touchscreen To Buy In 2020