Except the 5G model, all of the latest Samsung Galaxy S10 devices come with a microSD card slot, therefore they can be expanded to accommodate more pictures, films, and songs onto the devices. You can actually add up to 512GB of more storage to each of those smartphones with a microSD card. See the best options in our list of 4 Best MicroSD Cards For Your Samsung Galaxy S10:

If you are a Samsung Galaxy S10 owner, you should think about getting a microSD card from Samsung itself. 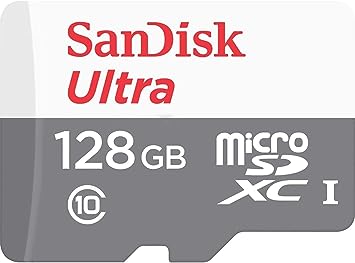 Sandisk is the most popular company in the world of microSD cards. Its Ultra cards are all rated A1, which simply means owners can download, store, and open mobile applications on them easily.

Must Read:  How Can I Disable Ads Personalization On My Samsung Galaxy S10?

PNY is another brilliant option for microSD cards. Its Pro Elite lineup ranges from 32GB to 512GB, and that 512GB model is rated A2.

Must Read: 5 Most Effective Wireless Headphones For Samsung Galaxy S20

Meaning it provides better mobile application performance than cards that are rated A1. These cards have to write speeds of up to 90Mbps and read speed of up to 100Mbps.

If you really need one of the best MicroSD cards for your Samsung Galaxy S10, this card is definitely worth your investment as its read speeds could be as high as 160Mbps. All of Sandisk Extreme cards are amazing for saving and running smartphone applications since they are A2 rated.

Secure Digital, officially abbreviated as SD, is a proprietary non-volatile memory card format developed by the SD Card Association (SDA) for use in portable devices.

The standard was introduced in August 1999 by joint efforts between SanDisk, Panasonic (Matsushita Electric) and Toshiba as an improvement over MultiMediaCards (MMC), and has become the industry standard. The three companies formed SD-3C, LLC, a company that licenses and enforces intellectual property rights associated with SD memory cards and SD host and ancillary products.

The companies also formed the SD Association (SDA), a non-profit organization, in January 2000 to promote and create SD Card standards. SDA today has about 1,000 member companies. The SDA uses several trademarked logos owned and licensed by SD-3C to enforce compliance with its specifications and assure users of compatibility.

The miniSD form was introduced at March 2003 CeBIT by SanDisk Corporation which announced and demonstrated it. The SDA adopted the miniSD card in 2003 as a small form factor extension to the SD card standard.

While the new cards were designed especially for mobile phones, they are usually packaged with a miniSD adapter that provides compatibility with a standard SD memory card slot.

There you have it – a comprehensive list of best Micro-SD cards for Samsung Galaxy S10. If you have any personal favorite or other recommendations, feel free to drop them in the comment section below.

6 Best Touchscreen Gloves To Buy In 2020