How To Fix Your Mac Fan That Is So Loud

By David Folami5 Mins Read
Share
Facebook Twitter LinkedIn WhatsApp Pinterest Email
If your MacBook’s fan is so noisy for too long, all the time, there could be a problem. As we all know, fans are a huge part of laptop life and when they are faulty, things can go south. Nobody wants their Mac’s fans to not stop spinning in a loud manner, it could even make you want to stay away. This article contains a tutorial on how to fix your MAC fan that is so loud. 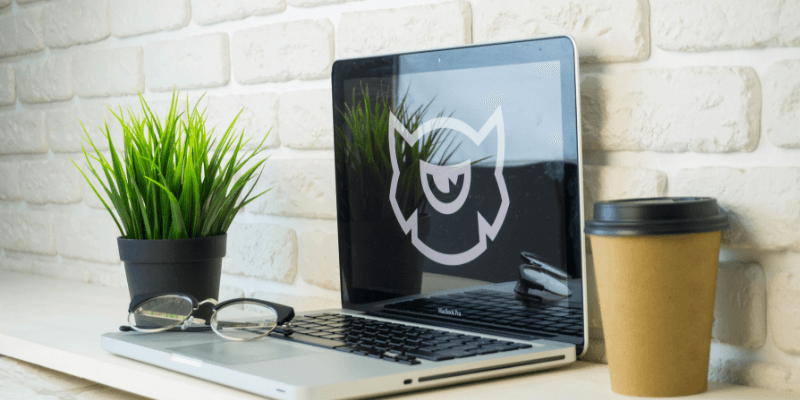 Luckily for you, there are ways to solve this problem and they are not complicated in any way. It is always best to solve the issue as soon as possible before things get worse. See

1. Check your applications and tabs

The more apps and tabs you have, the higher the odds that your Mac will need its fans to maintain coolness. Always make sure you reduce your multitasking by closing applications you are not using, especially when you are making use of graphics-intensive applications like Photoshop.

To confirm which applications are using large CPU resources, access the Activity Monitor and tap “CPU.”

2. Ensure the vents are clear

Your MacBook Pro comes with vents on its sides and back edge, while every MacBook Air has vents along its back edge.

Must Read: How To Connect Your AirPods To Any Mac

The vents are responsible for drawing in cool air and expelling hot air. If these vents are blocked by resting your laptop on a lap, pillow, bed, it will heat up as fast as possible. They should always remain unobstructed.

3. Open up and clean

Buy a small Phillips-head screwdriver and take off the bottom panel of your MacBook to clean out every dirt and dust you see there.

Must Read: How To Add Startup Items To Your Mac

You can use a can of compressed air to blow off the dirt or a lint-free cloth to wipe it off. Do not tamper with the cooling fan or its vents as you clean, because that can ruin your Mac.

Maybe your Mac is overheating because there is something wrong with the cooling fan itself. Every Mac comes with a hardware diagnostic tool. If it was made before June 2013, you can use the Apple Hardware Test.

Must Read:How Can I Use My iPad As 2nd Display For My MAC

Anything after that date will require the help of Apple Diagnostics. They work magic. Just plug in your Mac, remove every external peripheral, restart, and then hold down the D key to launch the diagnostic program. Adhere to the on-screen guidelines to begin and wrap up the test.

If your Mac is super clean and dirt-free, your apps and tabs are kept in check, but the fan is still spinning very well and loudly, you might need to reset the System Management Controller (SMC). The SMC controls low-level functions on your Mac including “thermal management,” also known as the cooling fan.

More Information On A Mac:

The Macintosh (mainly branded simply as Mac since 1998) is a family of personal computers designed, manufactured and sold by Apple Inc. since January 1984.

The original Macintosh was the first mass-market personal computer that featured a graphical user interface, built-in screen, and mouse.

(Although the Sinclair QL became available one month before the Macintosh family and thus was technically the first home computer with a graphical user interface, the QL never attained widespread commercial success.)

Apple sold the Macintosh alongside its popular Apple II family of computers for almost ten years before they were discontinued in 1993.

Early Macintosh models were expensive, hindering its competitiveness in a market dominated by the Commodore 64 for consumers, as well as the IBM Personal Computer and its accompanying clone market for businesses.

Although they were less expensive than the Xerox Alto and other computers with graphical user interfaces that predated the Mac. Macintosh systems found success in education and desktop publishing and kept Apple as the second-largest PC manufacturer for the next decade.

In the early 1990s, Apple introduced the Macintosh LC II and Color Classic which were price-competitive with Wintel machines at the time.

However, the introduction of Windows 3.1 and Intel’s Pentium processor which beat the Motorola 68040 in most benchmarks gradually took market share from Apple, and by the end of 1994 Apple was relegated to third place as Compaq became the top PC manufacturer.

Even after the transition to the superior PowerPC-based Power Macintosh line in the mid-1990s, the falling prices of commodity PC components, poor inventory management with the Macintosh Performa, and the release of Windows 95 saw the Macintosh user base decline.

There you have it – a comprehensive tutorial on how to fix a MAC fan that is so loud. If you have any questions as regards this tutorial, feel free to drop them in the comment section below.

how to MAC Tutorials