By joshuaegeonu2 Mins Read
Share
Facebook Twitter LinkedIn WhatsApp Pinterest Email
Omnibiz, a B2B e-commerce company in Nigeria, has just received a $15 million pre-Series A investment from Timon Capital. Ventures Platform, Lofty Inc., Chapel Hill Denham, Chandaria Capital, and Musha Ventures were among the investors in the $5 million equity and $10 million debt investment deal that made up the raise.

The money was raised in order to start further regional expansion this month. In Nigeria’s second-tier cities like Ilorin, Asaba, and Akure, where retail is expanding, according to Rustagi, the company wants to grow. He continued by saying that because there is no support in these cities, they have enormous potential. By providing assistance with last-mile delivery, procurement, working capital, inventory management, and operational tools for tracking sales, costs, prices, and profit, Omnibiz hopes to establish itself as the main B2B operating system for unofficial retailers in these cities.

Omnibiz gives retailers a fully integrated digital platform and is present in over 12 cities in Ghana and Nigeria. Through the Omnibiz app, retailers can conveniently buy and restock from over 200 product brands, including Coca-Cola and Nestle. 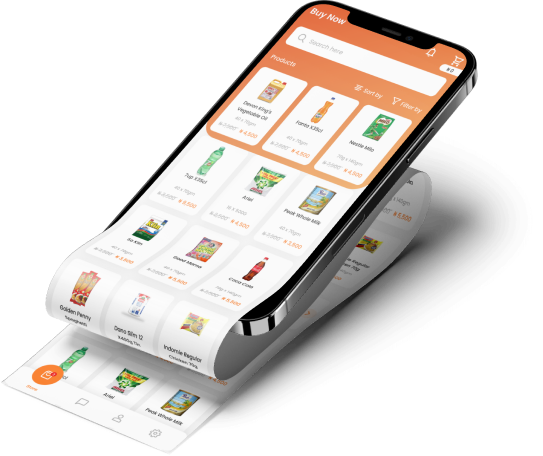 Omnibiz, which debuted in November of last year, also enables retailers to access credit, buy-now-pay-later options, and other financial services. According to Rustagi, the buy-now-pay-later feature was added because retailers using the company’s platform frequently ran out of stock due to a lack of funds to increase the size or volume of their inventory.

Retailers can advance more quickly and open additional stores with ease by using MyStore, a bookkeeping solution for managing their customers and inventory. According to the company, this additional support will result in a 4-fold increase in revenue for retailers using its platform. Developing this system, he continued, enabled the business to maintain 65,000 retailers and an average monthly sales volume of $250.

Speaking of the difficulties Omnibiz encountered with its buy-now-pay-later offering, Rustagi stated that the company’s biggest problem was educating the clientele about the model. On the call, Rustagi added that these kinds of data and insights are an important factor in the retail sector’s growth. Retailers are able to manage their stock more effectively and increase their revenues and margins thanks to the pricing data their company offers them.