Huawei is out with another fantastic smartphone called the Huawei P10 which is a successor to the Huawei P9. The new smartphone features lots of upgrade from its predecessor. Like the cameras and other hardware and software upgrades make this new smartphone well equipped to go head-on with other flagships like the LG G6, Galaxy S8 and a host of them. 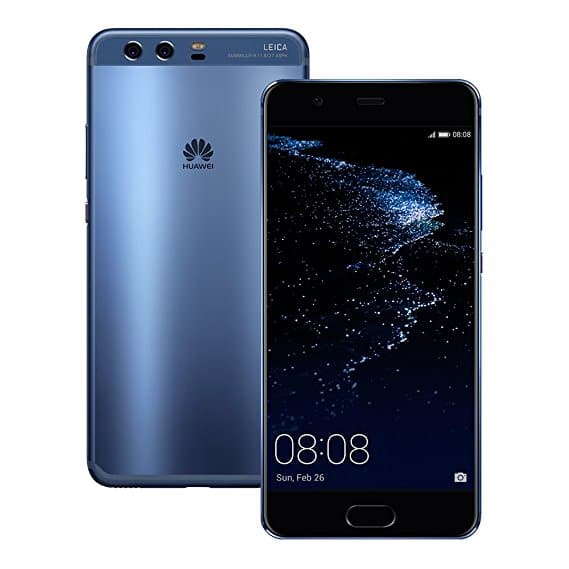 The P10 is the most expensive smartphone that the Huawei has produced, so we don’t expect less from this smartphone. Without wasting much of your time, let’s see all the good stuff that this new smartphone features.

The P10 features a different design from the conventional Huawei smartphones that we used to know; it looks more like the iPhone 7. The body of the P10 is made off metal, meanwhile, the front side of this device sports the Gorilla Glass 5.

The Huawei P10 reaches 142g for the weight and 7mm for thickness; this means the device can seat very comfortable in your palm. Huawei changed the fingerprint sensor’s position from the back and now on the front.

On the front side of the Huawei P10 is seated an impressive 5.1-inch, 1080p resolution display. My team and I went through this smartphone for one week and didn’t have any complaints about the screen.

The screen also uses an IPS-NEO panel which results in an improved viewing angle. The P10 comes in 6 color options which are made up of the Mystic Silver, Rose Gold, Greenery, Graphite Black, Dazzling Gold, Dazzling Blue.

The Huawei’s P10 is the second smartphone to feature the Leica’s branding on its camera. On the back of this smartphone, you will find a dual camera setup that comprises a 20-megapixel monochrome sensor and another 12-megapixel RGB sensor. Huawei said that the cameras would offer buyers a more realistic bokeh effect, improved black-and-white photography, and better low-light performance.

Though the P10 shots in moderately dark places, like bars, really don’t offer many details when compared with other high-end smartphones like the Samsung Galaxy S7 and iPhone 7. The result of the poor performance in low light may be rising from the P10’s f/2.2 aperture. The primary cameras can record 4K resolution video at 30fps or standard FHD footage at 60fps.

On the front side of this smartphone, you will see an 8-megapixel, f/1.9 selfie overall amazing and also performs well in low light and is more than good enough for selfies.

The Huawei P10 arrives with the Android 7.0 Nougat coupled with the Huawei’s Emotion UI 5.1. On the one hand, I’m happy with the Nougat, which is the best iteration of Android to date. Nevertheless, I’m less excited about Huawei’s Emotion software.

The reason I’m not entirely happy with the Huawei’s Emotion software is that the new additions are either redundant or duplicate services to ones already included on Android.

Just like the Huawei Mate 9 phablet, the Huawei P10 uses the same Kirin 960 chipset coupled with the Mali G71 MP8 GPU and a whopping 4GB of RAM. I was pleased to see the phone arrive with a microSD card slot, which will enable users to add 256GB of space to the essential 64GB built-in storage.

I charged my battery 100% while leaving for the office 8 am, I used the P10 to play games and do other necessary moderately intensive power demanding tasks and I was still able to go back home by 9:35 pm with 49% battery life.

The Huawei P10 comes in with a not too pocket-friendly price tag. Like I earlier mentioned this smartphone is one of the most expensive phone that Huawei has made and it will cost you a whopping 330 Euro which is also equivalent to $376 / 136,00 Naira to obtain one for yourself.

No doubt that the Huawei is a good smartphone that overall and it ticks all the necessary boxes but we are not just going to take all that this company throws at us. Like the claim, they made concerning the smartphone is true, though the perfect shot in low light seems to depart from the truth.

Despite featuring an amazing camera, this smartphone still struggles a little with low-light shots. But overall the camera is far better than most of its competitors.