Huawei finally releases their much-anticipated smartphone, the Y5 Lite Android Go Smartphone. This smartphone comes along with a host of great features and specifications and is completely powered by the Quad-Core processor. 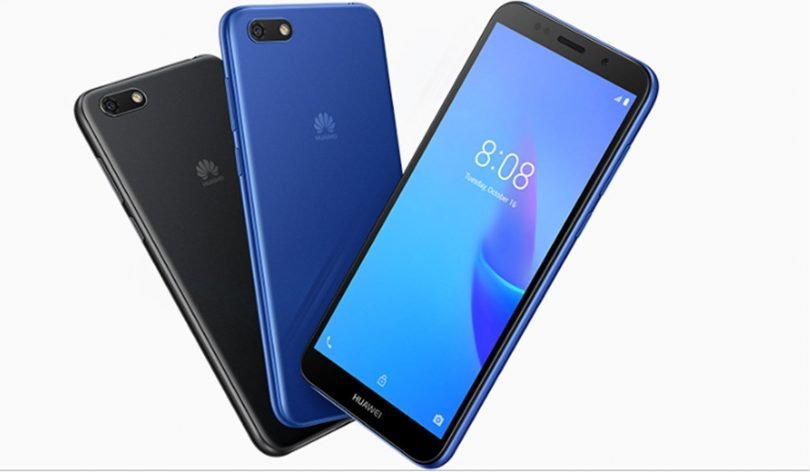 This smartphone was released in December 2018 and it’s the company’s second Smartphone to use the Android Go Oreo (Go Edition), while the Huawei Y3 (2018) was the first to use the Android 8.1 Oreo (Go edition) OS. Come along and let’s see all that this new device has to offer.

The Huawei Y5 Lite packs a 5.45? 720p HD display with an 18:9 aspect ratio. The pixel density offers great visuals for media consumption if you are indoors, while you find the device struggling outdoor under direct sunlight though this is something that doesn’t have to burden you.

This smartphone only arrived in two colors, the black and blue. This smartphone also features a compact design that offers you a tighter grip during usage. The speaker of this smartphone is positioned at the earpiece space and it produces a decent quality of sound.

For most smartphone users, the camera of a smartphone seems to be one of the most fascinating areas. Luckily, the Huawei Y5 lite (2018) packs an 8MP primary camera, while the selfie camera is 5MP.

When we took some photos with this smartphone, it produced Photos that were more natural and with decent contrast. The camera always delivers a very nice shot in a well-lit The cameras do a commendable job during the day and in well-lit condition, nevertheless, it struggles to take decent shots in a low light condition.

Down to the performance section of this smartphone. The Huawei Y5 Lite (2018) runs on the Android 8.1 Oreo (Go Edition) and it’s accompanied by a MediaTek MT6739 chip with Quad-core processor which runs at 1.5 GHz.

The phone is also blessed with a 16 GB of internal storage and 1GB worth of RAM that will ensure that you store up a reasonable amount of your files. I know the storage may be too small for some people, but the good thing is that the storage can still be expanded by up to 256 GB via an external memory card.

The overall performance of this smartphone may not be completely on point, but it’s okay for its class. In addition, the combination of the 1 GB &  the Android Go makes the Android Go apps work fine most of the times. But, you experience minor lag when opening other apps on the phone.

The Huawei Y5 Lite (2018) also arrived with other great features like the double tap to wake up and the three finger swipe for taking screenshots. This smartphone supports dual SIM and one of the SIM slots is 4G enabled.

The Huawei Y5 Lite (2018) ships in with a powerful 3020mAh non-removable battery which is capable of offering a full day battery life. This smartphone has a nice power performance setting which delivers and doesn’t interfere with the performance of this device.

The battery does not support wireless or fast charging technology, but with the powerful endurance rate of the battery, I think we are good to go.

For those who are new to the Android Go world or newly migrated from feature phones to smartphones, and want a low-cost smartphone, the Huawei Y5 Lite should be your best bet.

The Huawei Y5 Lite 2018 offers a moderate performance, camera quality, battery life, and nice body build. You can also package it as a gift to your family and loved ones.